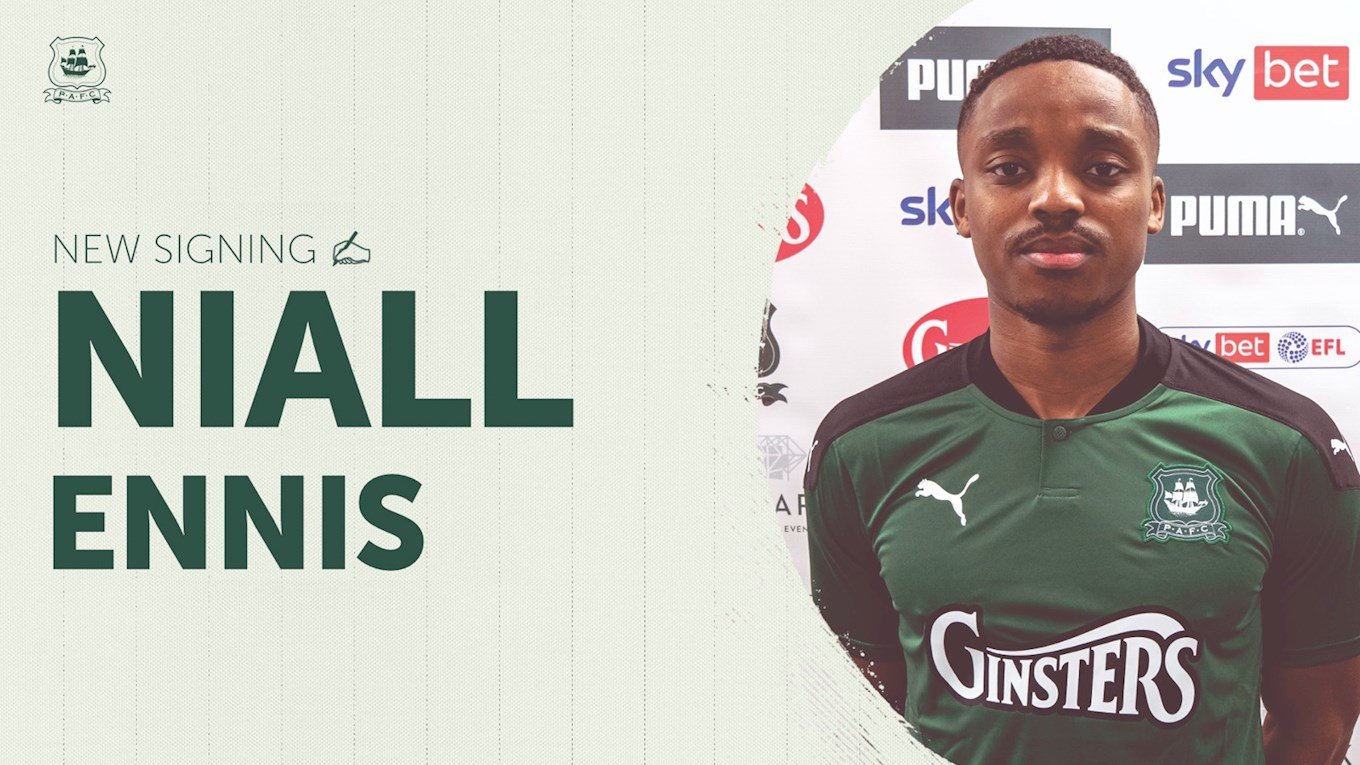 The striker, 21, has signed for the Greens on a two-and-a-half-year deal from Premier League side Wolverhampton Wanderers for an undisclosed fee.

The pacey attacker, born in Wolverhampton, is a product of his home-town club’s Academy system, impressing through the youth ranks at Molineux to such an extent that top-flight giants Chelsea and Manchester United were reportedly keen on offering him his first professional deal.

Amid such interest, Wolves moved quickly to tie him down to a long-term deal in November 2015, and he was a part of the club’s 2016 pre-season training camp in Ireland, scoring after just four minutes in a friendly against Cork City.

The talented finisher, who is capped for England at under-17, under-18, and under-19 level, joined Sky Bet League One side Shrewsbury Town on a season-long loan in 2017, but a knee injury restricted him to only one appearance that campaign.

In February 2019,  Niall made his Wolves first-team debut, coming off the bench in a 3-2 Emirates FA Cup fourth-round victory over his former loan side at Molineux.

Ennis signed another long-term deal with the midlands club last summer, and toured China with the first-team during Wolves' pre-season, making an appearance off the bench in a 4-0 Premier League Asia Trophy win over Newcastle United. Upon his return to England, Niall joined League One Doncaster Rovers for the 19/20 campaign.

Niall made 28 league appearances for Rovers last season, scoring six times – his first senior goal coming in spectacular fashion, from 25 yards, in a 2-1 victory over Lincoln City. Ennis spent the first half of the 20/21 season on-loan at Argyle’s League One rivals Burton Albion, where he made eight appearances in all competitions.

Niall will wear squad no.21 during the Pilgrims 20/21 Sky Bet League One campaign.

Niall’s home and away shirts are sponsored by the Vice Presidents’ Club.

If you are interested in sponsoring any of the Pilgrims’ playing squad, or a number of other promotional opportunities at Home Park, contact our commercial team on commercial@pafc.co.uk.