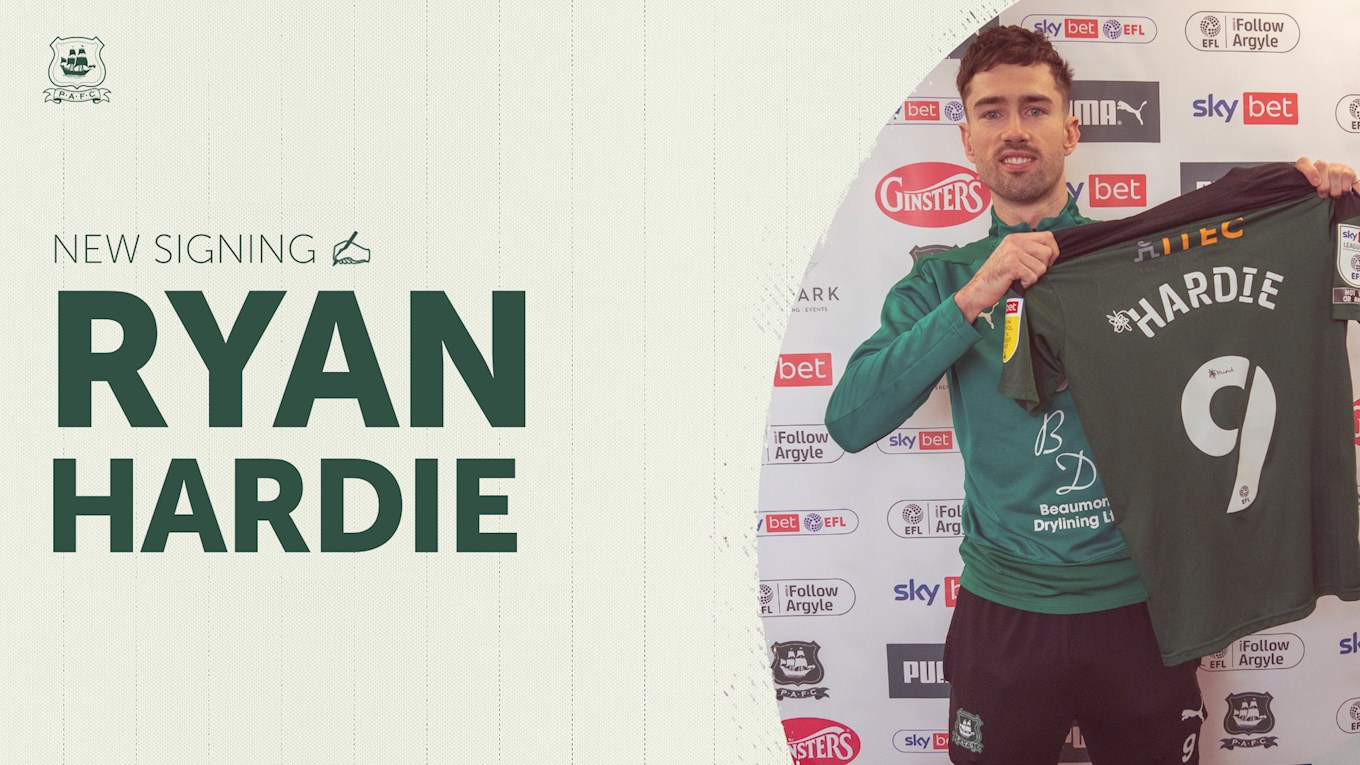 Scottish striker Ryan Hardie has joined the Pilgrims on a permanent basis.

The former Rangers marksman has put pen to paper on a two-and-a-half-year deal, joining from parent club Blackpool for an undisclosed fee.

The Stranraer-born forward began his career at Ibrox, playing 17 times for the Glasgow side, before enjoying successful and productive loan spells north of the border at Livingston, Raith Rovers and St Mirren.

23-year-old Hardie, a former Scotland youth international, enjoyed a prolific first spell at Home Park in the second-half of the 2019/20 campaign, firing seven goals in 13 appearances as the Greens powered to promotion from Sky Bet League Two.

The Pilgrims moved swiftly to secure Hardie’s services ahead of the 20/21 campaign on another season-long loan, and he has since reprised his front-line partnership with Luke Jephcott to devastating effect in Sky Bet League One.

Between them, the duo have combined for 26 scoring involvements in all competitions this season, Hardie contributing six assists and four goals at the half-way point of the campaign, including a classy finish last time out in the 2-0 win at Swindon Town.

Argyle manager Ryan Lowe said: “We are delighted to get Ryan on a permanent deal. We have agreed an undisclosed fee with Blackpool to keep him here for the long-term. He’s settled down here, his family are here, he’s a great lad to be around with a great attitude.

“He works hard every day, he’s got quality, and we feel we can improve him. It’s great to have him here, and I am thankful to the board for sanctioning the deal – he’s one for the future of Plymouth Argyle.”