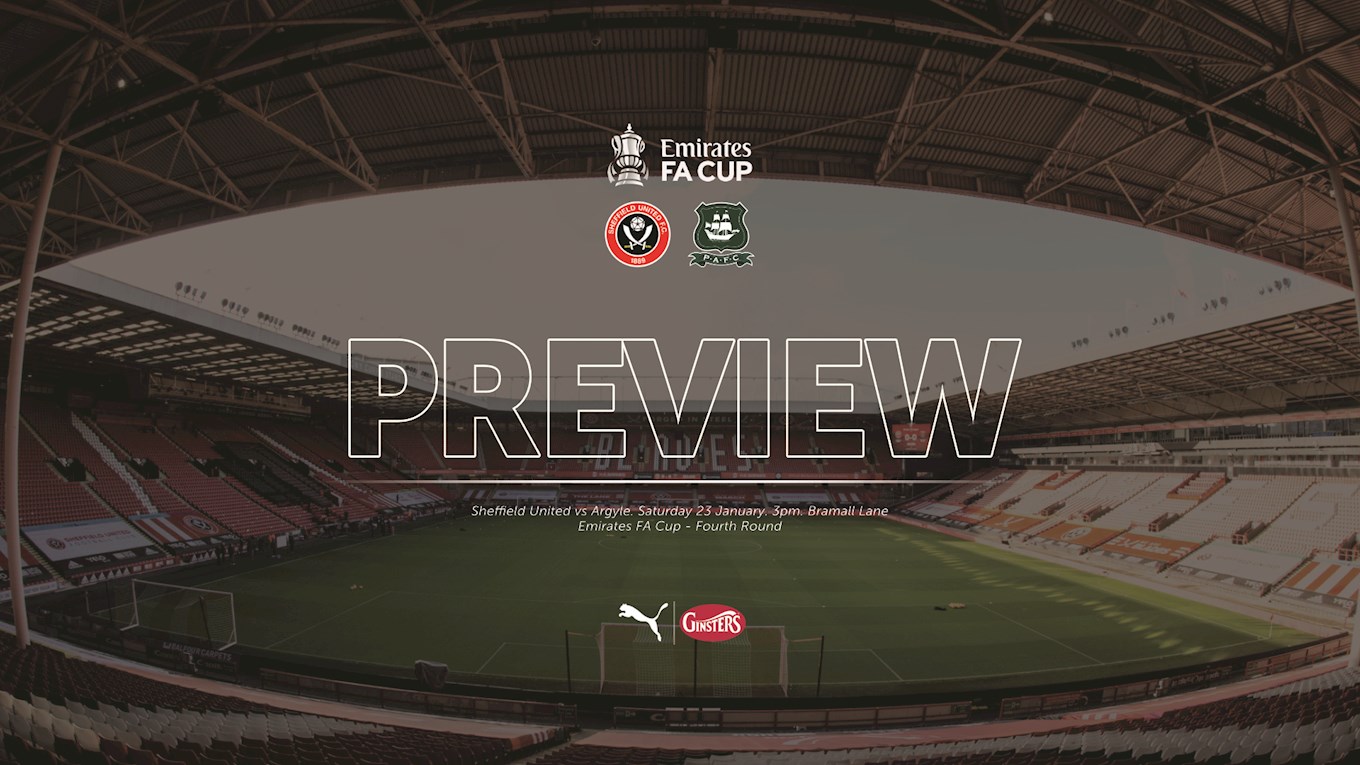 With one long haul trek already ticked off the list this week, Argyle head into their Emirates FA Cup fourth-round fixture against Premier League side Sheffield United on Saturday full of confidence.

It is the first time since 2008 that the Pilgrims have reached the giddy heights of the fourth round, on that occasion falling 2-1 to the eventual winners Portsmouth at Fratton Park.

The last time that the Pilgrims were in the fifth round of this competition was in the 2006/07 season, a run which saw the Greens get all the way to the quarter-finals, losing out narrowly to old cup nemesis Watford at packed Home Park.

The Blades, currently sitting bottom of the Premier League table, having won only one of their top-flight fixtures so far this season. However, they already have experience of eliminating Sky Bet League One opposition in the competition so far, with Jayden Bogle scoring the winning goal at the Memorial Stadium in a 3-2 victory over Bristol Rovers last time out.

The Pilgrims travel to Bramall Lane without fear, and in a good run of form, winning three of their last four games in all competitions, drawing the other, and up to 11th position in the league table.

Since their third-round triumph, a 3-2 victory over Championship side Huddersfield Town at the John Smith’s Stadium, Argyle gained a crucial point at home to Crewe Alexandra, before notching their first league win of the campaign in impressive style at the Stadium of Light against Sunderland.

Liverpool loanee Adam Lewis made his first start for the Greens on Tuesday, bagging his first goal for the club on 11 minutes, before skipper Joe Edwards scored the crucial winner early in the second half. There was also a debut for new signing Niall Ennis, whose 15-minute cameo appearance helped secure the victory on Wearside.

Energetic midfielder Panutche Camara will be up for selection again after serving a one-match ban for his two yellow cards against Crewe Alexandra last weekend, but Ennis is cup-tied, having already played in this year’s Emirates FA Cup competition with Burton Albion. Meanwhile, wing-back George Cooper begins his recovery after successful knee surgery.

Jack O’Connell and Sander Berge have been absent for United for a while now due to a serious knee injury and surgery on a tendon, respectively, and Ben Osborn, Oli McBurnie and Jack Robinson are all reported as fitness doubts for the Blades.

United boss Chris Wilder has intimated that he is likely to field his strongest available side for the Pilgrims’ visit to Bramall Lane, and the Blades are unlikely to take the fixture lightly.

Argyle and United last met each other in the FA Cup back in December 2014. This second round fixture saw the Greens lose 3-0 at Bramall Lane, with future Pilgrim Jose Baxter netting twice from the spot.
The winning side on Saturday will face either Millwall or Bristol City at home in the fifth round, with a spot in the Emirates FA Cup quarter final up for grabs.

The fixture kicks-off at 3pm, and will be broadcast live on BBC digital platforms - including the Red Button service on compatible televisions, and the BBC Sport and iPlayer apps.