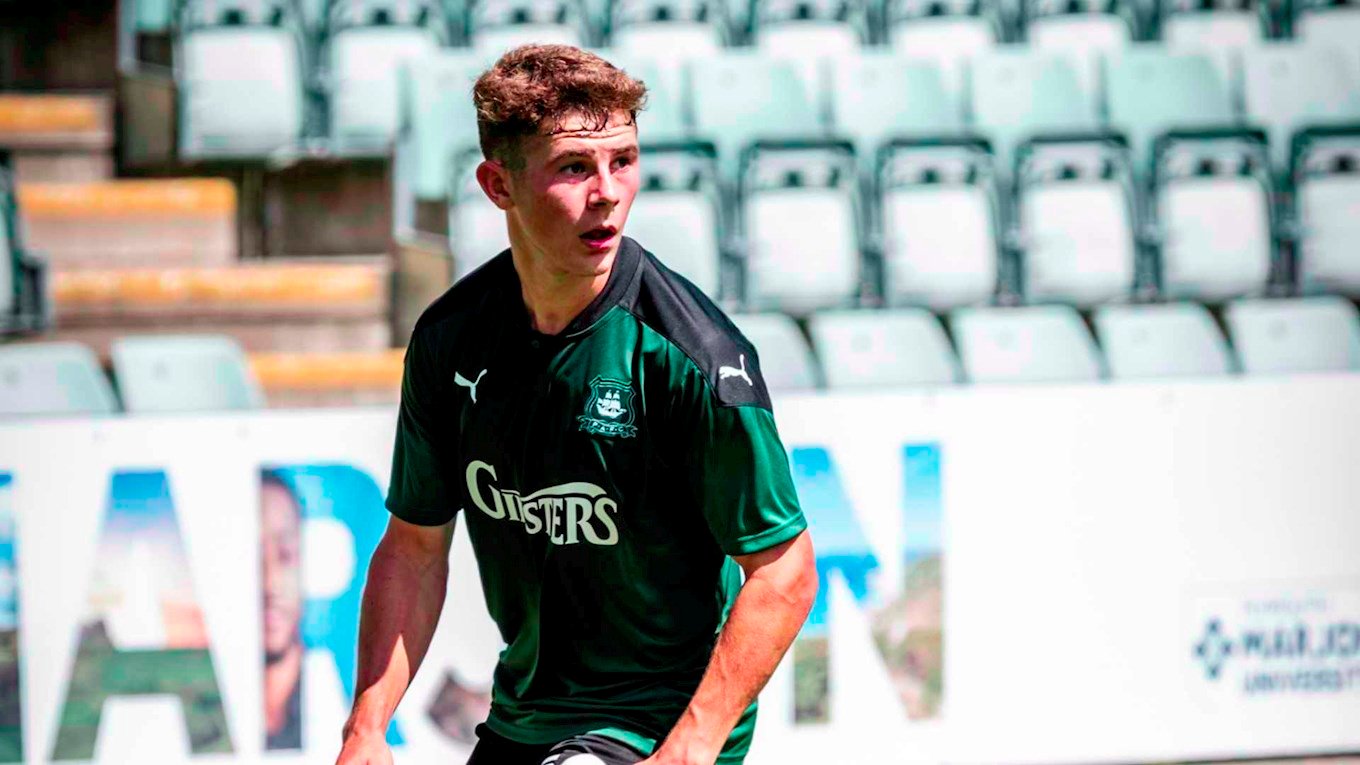 Midfield prospect Adam Randell’s loan at Devon neighbours Torquay United has been extended until the end of the season.

Randell, 20, has made 16 appearances for the Gulls so far in the National League, where the team currently sits top of the table.

Adam scored a thunderous long-range goal on his first start for the Plainmoor club, and has been a near ever-present in Gary Johnson’s promotion-chasing outfit.

The Pilgrims’ Academy graduate made his Argyle debut in the EFL Trophy defeat at Newport County in 2018. Adam made 8 appearances across all competitions during the Greens’ promotion-winning season, and was named in the match-day squad for all but four games during the Pilgrims’ Sky Bet League Two 19/20 campaign.

Argyle manager Ryan Lowe said: “Adam has done ever so well, Gary Johnson is loving working with him, as we knew he would. We feel he is in good hands at Torquay, and we hope he continues to have an excellent season getting first-team football under his belt.

“In the coming days, I intend to sit down with the Board of Directors to discuss a new long-term deal for Adam, as he has done so well.

“The loan has been very beneficial for his development, and it’s good to see him battling for promotion with Torquay, as he did last season with us.”