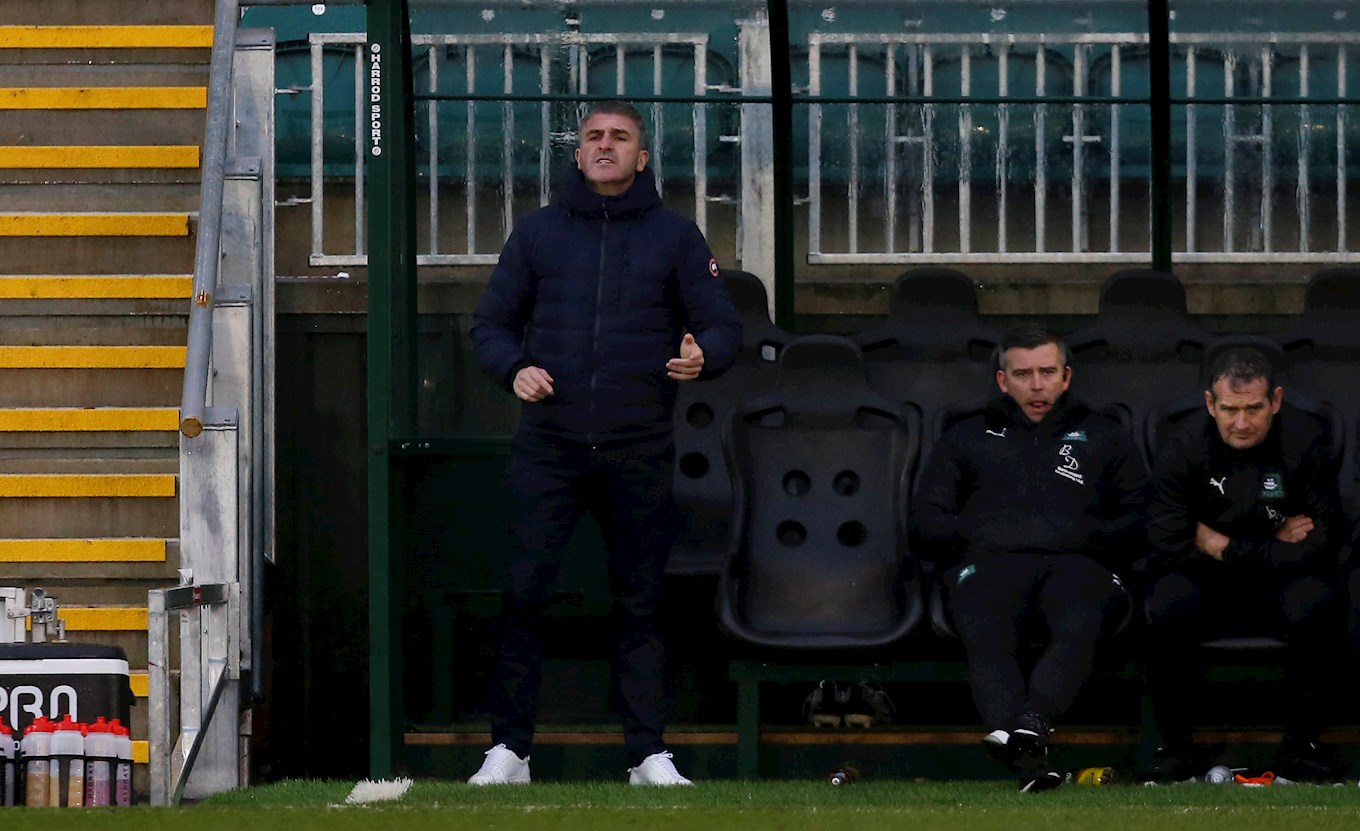 Argyle manager Ryan Lowe hailed the determination of his players after they battled to a 1-0 victory over Gillingham at Home Park on Saturday.

Lowe said: “It was a big win. I thought the lads showed resilience, guts and determination.

“The application was spot on, we’ve worked hard the past couple of days on how to deal with a Steve Evans team.

“You make no apologies for it, the ball’s coming in the box, and I thought we dealt with it fantastically. We’ve got a young group out there performing, they’re going to be better for it each game they play.”

The Greens, as they have often done this season, dominated the opening exchanges in the Sky Bet League One encounter, taking the lead through Luke Jephcott, who deftly converted Conor Grant’s left-wing cross after an excellent team move which began all the way back in the Pilgrims’ own area.

“It’s the style we play with the lads. I had a pop at Conor [Grant] beforehand because we put one in and it was the wrong place, but, for that one, it was a great delivery.”

The win rounds off a festive period in which the Pilgrims have collected seven points from a possible 12.

Lowe said: “People always get criticised for certain individual errors and mistakes, and that’s fine, but you know with this group that they’re working their socks off to make it right.

“When they concede goals they’re disappointed, they want to make sure they put it right the next game and they’ve done that.

“You’re dealing with Vadaine Oliver and John Akinde, who are two big lads and good at what they do, and they have Kyle Dempsey and other players like [Jordan] Graham running into the channel. They’re effective in how they get points and how they score goals and win games of football.

“We knew that, so we had to make sure we were resolute, and the application was big for me today. It needed to be spot on because if you’re not right on it you can be beaten by a Gillingham team."

The win lifts the Greens up to 15th in the Sky Bet League One table ahead of Saturday’s trip to Championship side Huddersfield Town in the Emirates FA Cup.

Lowe said: “I just want points on the board first and foremost, however we get them, but we’ve got 26 points in 21 games so we will keep cracking on and doing what’s required, we will keep working hard on the training field.

“It’s nice now to have a bit of a break from the league, we can concentrate on the cup, away at Huddersfield, which is a nice little touch. We haven’t been in the third round for a while so it’s one we’re looking forward to, the pressure’s off us a little bit."