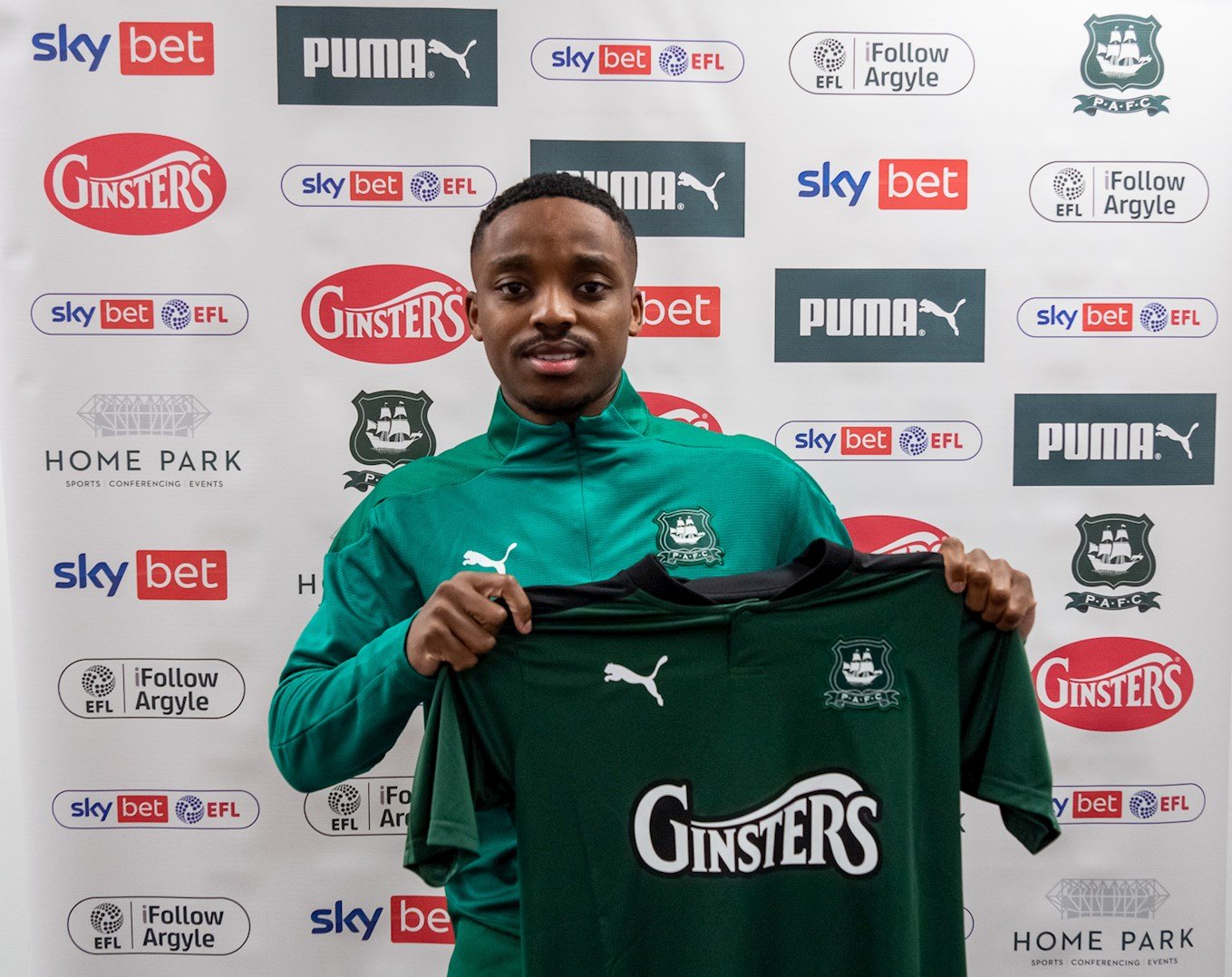 The Pilgrims manager has long held admiration for the former England youth international, and finally got his man on Monday, with the 21-year-old committing to a long-term deal with the Greens.

“I heard about [Argyle] wanting me last season, and I’ve heard about the gaffer – a good young up-and-coming manager, and he seemed like a good gaffer for me to improve under.”

An Academy product at Wolverhampton Wanderers, Ennis has experience at Sky Bet League One level, having enjoyed loan spells at Shrewsbury Town, Doncaster Rovers, and Burton Albion. On signing permanently for Argyle, Niall said: “I’ve just heard a lot of stuff, people saying it’s a good club, good facilities, and the stadium’s good. Obviously, the fans can’t come in, but I was hearing that it they’re really good and they come in numbers.”

Ennis attended the Pilgrims’ 1-1 Sky Bet League One draw with Crewe Alexandra on Saturday, penning his deal over the weekend. He was encouraged by what he saw.

“There’s a few young players in the team, and you can see the quality in the team. I feel like what I can bring to the team can help them get higher in the league. What I saw today [against Crewe] was good and promising, so hopefully I can give them my best ability.

While Ennis has penned a two-and-a-half-year deal at Home Park with long-term development the overall objective, he remains confident that he can also bring immediate impact in the Green of Argyle.

“I see the potential in the club, with some of the players they’ve got here, and just to help them go up the league. There’s so many teams in similar positions in the league, a run of form can get you in a good position.”