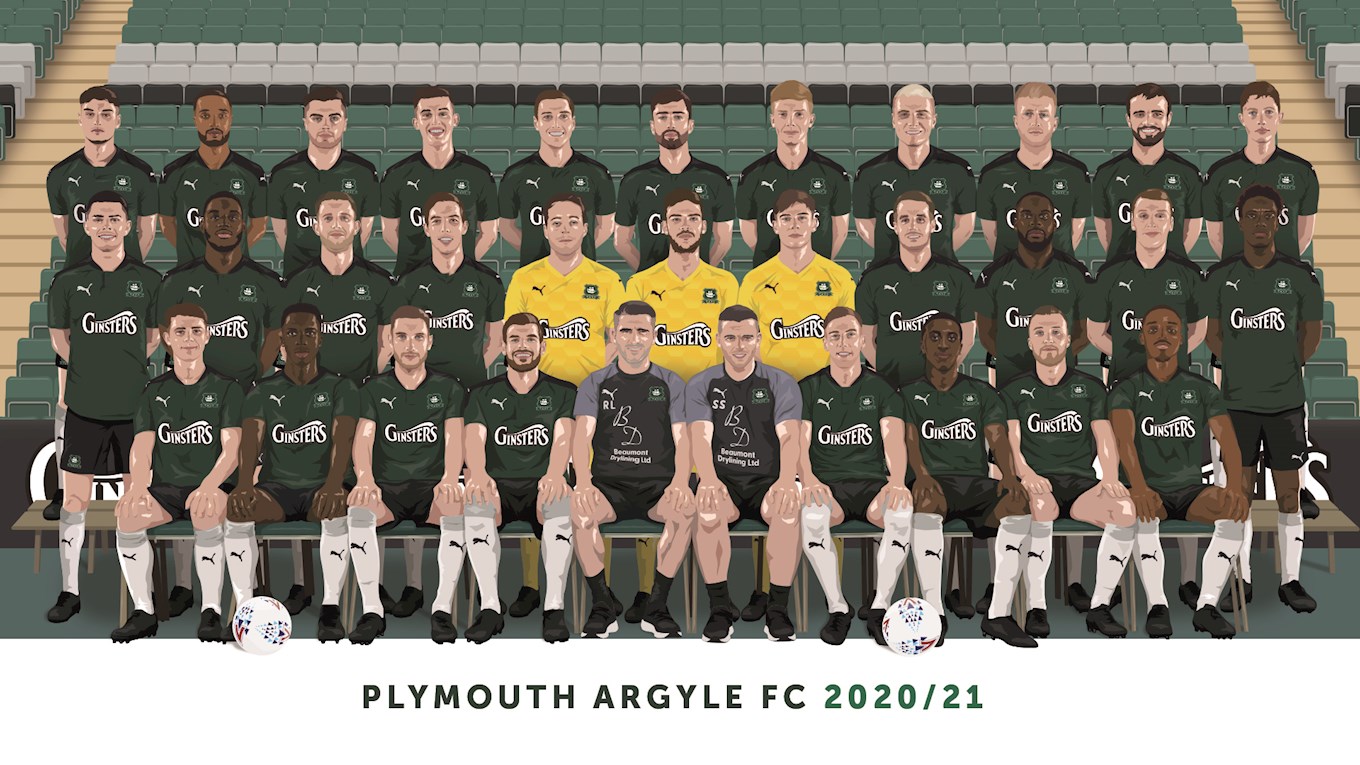 With schedules tight and COVID-19 restrictions limiting our ability to hold a traditional squad photo in the 20/21 season, Argyle and PASOTI have joined forces to produce an alternative.

While a photoshopped squad photo might have been sufficient, the club felt it would better mark a unique campaign, full of challenges like no other, to produce an artistic portrait of the Pilgrims’ 20/21 squad.

As such, Graphic Bomb, the long-standing match-day programme and graphic design partner of the club, have produced an imitation squad picture, featuring all of the Pilgrims’ professional appearance makers from our first season back in Sky Bet League One.

With robust testing protocols now in place, an official team photocall has been scheduled ahead of the Greens’ 21/22 campaign.