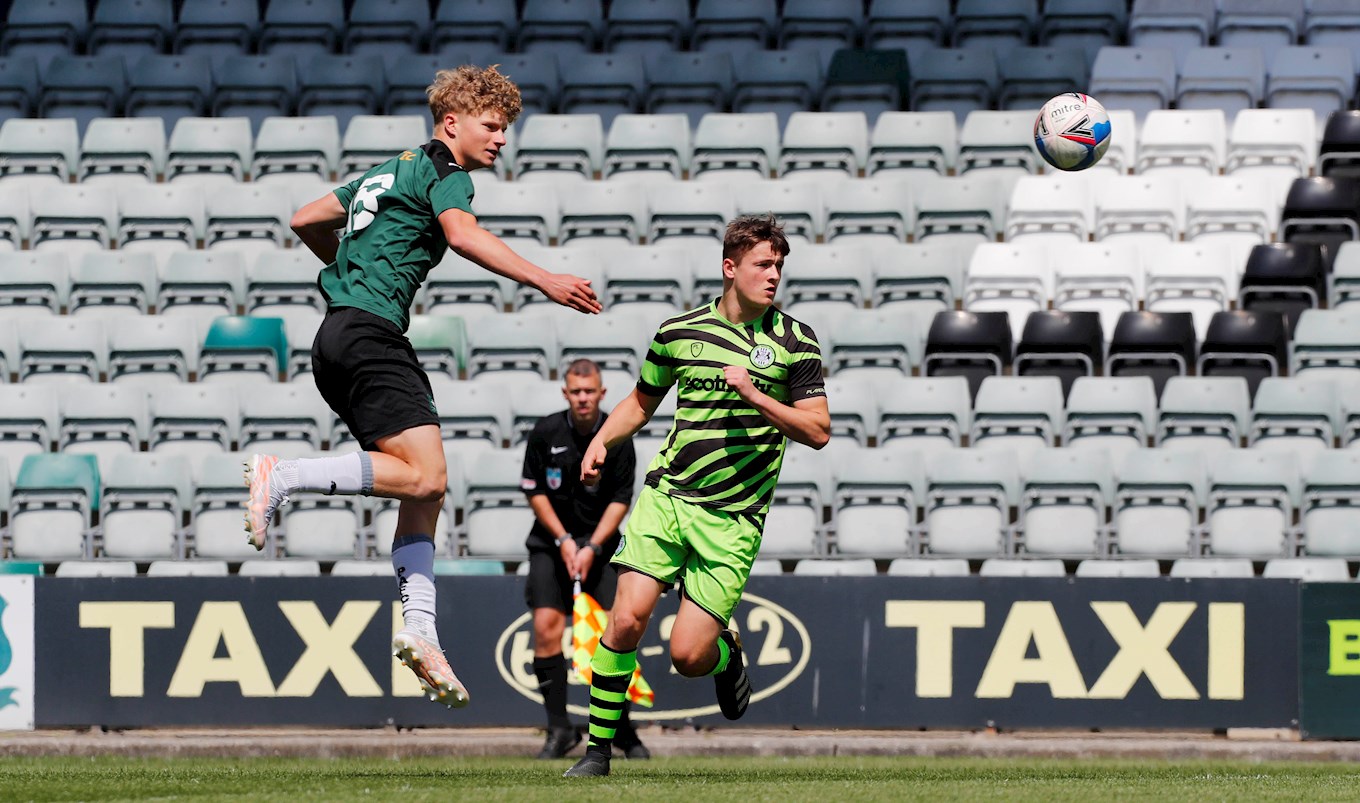 With the Pilgrims’ new-look Academy now into its second year of life under Director of Football Neil Dewsnip, the next phase of the Greens’ ambitious youth development plan involves making the most of the club’s sizeable catchment area.

A wide-ranging Academy restructure has borne fruit in the form of Merit League success at under-18 level, and, with an ambitious staff and philosophy in place, the club’s focus is now on improving talent identification, player pathways, and recruitment in Devon and Cornwall.

Academy Manager Phil Stokes said: “The next stage of development within the Academy is to improve our relationship with local clubs within Cornwall through our new Club Partner Strategy. We are working collaboratively with the Cornwall FA and Community Trust to improve our provision in Cornwall – benefitting the wider community and developing better links at grass-roots level.

“Members of the Academy Technical Board have completed a review of our current Cornwall Player Pathway and, following Board approval, the club is investing in a five-year plan to help improve the opportunities for all players across the county.

“The club’s investment will allow us to improve three key pillars. Firstly, in line with our Vision and Values, we want to develop our relationships with grass-roots clubs. We will offer and support on a wide range of CPD [continuous professional development] events to all grass roots managers, coaches and volunteers moving forward, mainly sharing best practice in partnership with the Cornwall FA.

“The next part is to restructure our Cornwall Player Pathway, initially established in 2012. There will be two new Elite Coaching Hubs for players to receive high quality coaching with Academy staff, funded through the Board’s investment – one based in the east, and one in the west of Cornwall.”

The commitment from the Pilgrims’ Board of Directors to fund these Elite Coaching Hubs will make a sizeable, and immediate, impact on young players and their families, allowing them to access Academy coaching much closer to home.

Phil said: “As part of our review, we looked at the geographical locations and travel distances for players and families within Cornwall, and we felt that this was an important step in improving our development offer for young players in the county.”

Included in the refreshed Cornwall Player Pathway, Argyle will host seven Player Development Centres across the county – with players identified in the Pathway continuously monitored by Community and Academy staff.

Topping off the Pilgrims’ improved provision for Cornwall, the Academy will imminently advertise for a full-time Head of Cornwall Recruitment and Development, whose focus will be identifying, recruiting, and developing Cornish talent to join the Cornwall Player Pathway.

Phil said: “Given the number of clubs and schools there are within Cornwall, this new role is strategically important – not just for Argyle, but for the broader football network in the region.

“With increased investment from the Board, we will have a full-time member of Academy staff in Cornwall that will focus solely on that county. We feel that’s important for us, being the closest professional football club to Cornwall.”

The Head of Cornwall Recruitment and Development will improve Argyle’s talent identification in the South West, allowing the Pilgrims to ensure that the most promising youngsters are readily welcomed into the fold at Home Park.

Stokes said: “We’ve had a lot of success recently from Cornwall. For example, Luke Jephcott is a product of our Cornwall Player Pathway, and you’ve got a number of apprentices in our current under-18s next year that are from Cornwall too. There is a lot of talent coming from that region. Brandon [Pursall] has been given a professional contract this year, so there’s a lot of good work going into grass-roots football and the wider Academy.

Phil said: “It’s important to us as a club to lead the way in the region. We are very excited about working closer together with the Cornwall FA and other partners to help improve the standard of football in Cornwall. That benefits everyone, including Argyle, in the long term.”

Dawn Aberdeen, CEO of Cornwall FA, said: “Cornwall FA is always striving to enhance the opportunities available to our football community as a whole, by reinforcing and growing the relationship with Plymouth Argyle we hope to offer a more diverse network of CPD events and ensure that every youth player in the county has the opportunity to develop to their maximum potential.”

This latest development comes at the perfect time for Stokes and the rest of the Academy team, with links between the youth set-up and first team football at Home Park never stronger than in 20/21.

Several Academy graduates are now first-team regulars under Ryan Lowe, including goalkeeper Mike Cooper and top goalscorer Jephcott, while nine Academy representatives, past and present, were involved in the playing squad on the final day of the Sky Bet League One season at Gillingham.

Phil said: “Over the last two years, it’s been evident that there is a clear pathway from the Academy into the first team squad with a number of players making the transition.

“Three years ago, when we got relegated from League One, we only had 6% of available playing time in the first squad filled by Academy graduates. Last season, we had 17% - which once again demonstrates the progress made.

“It’s our job in the Academy to try and develop more home-grown players for Ryan and the first team staff in the future.”