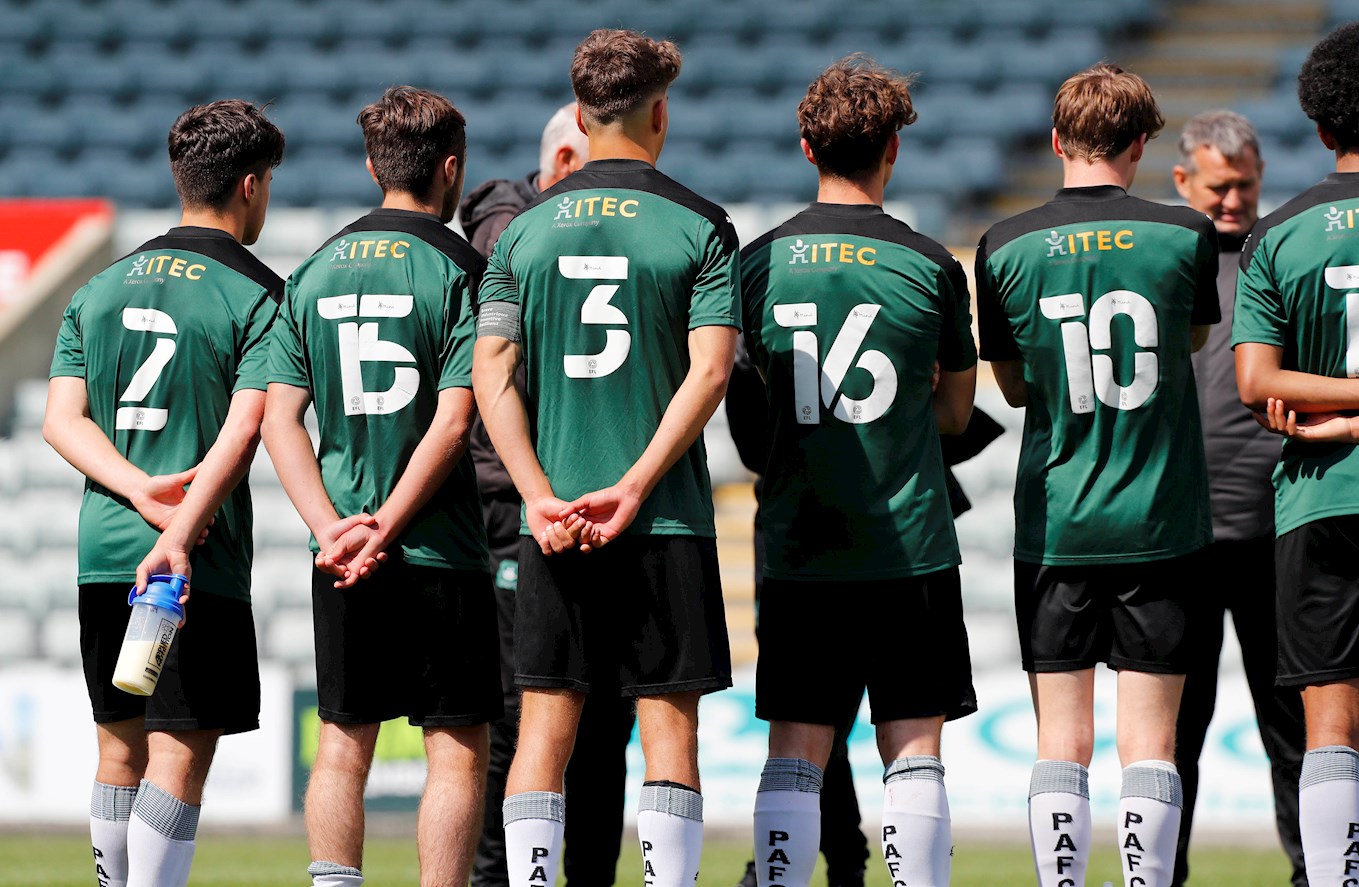 Darren Way’s under-18 side will take on a number of local clubs to gear up for the 21/22 campaign.

Academy matches across Devon and Cornwall will be open to spectators, and the Green Army are encouraged to witness the Pilgrims’ next generation in action, while also supporting local non-league clubs in the process.

The young Pilgrims kick off their pre-season schedule with a visit to Elburton Villa on Tuesday, 6 July, kick-off 7pm, before heading to North Devon to take on Bideford Town on the afternoon of Saturday, 17 July.

The following Wednesday, the Greens will travel to Buckland Athletic, before heading into Cornwall to take on Helston under-23s and St Blazey AFC on 24 and 28 July, respectively.

Under-18 coach Darren Way said: “Pre-season lays a really important foundation for the campaign, to develop that competitive edge and fitness.

“It also provides us with an opportunity to involve local teams. who have been very supportive to the Academy in my time here, and give something back to these community clubs.

“This pre-season schedule also marks a special moment for the Academy, our players, their families, and the fans to be reunited after such a difficult 18 months – which is vitally important.”

The Pilgrims also plan to take on other Academy sides during their pre-season campaign, with further matches due to be announced in the coming weeks.

Big Green Lottery members help raise valuable funds for the Argyle Academy every season, as well as having the chance to win cash prizes.

Join the BGL today and help us Back the Future.