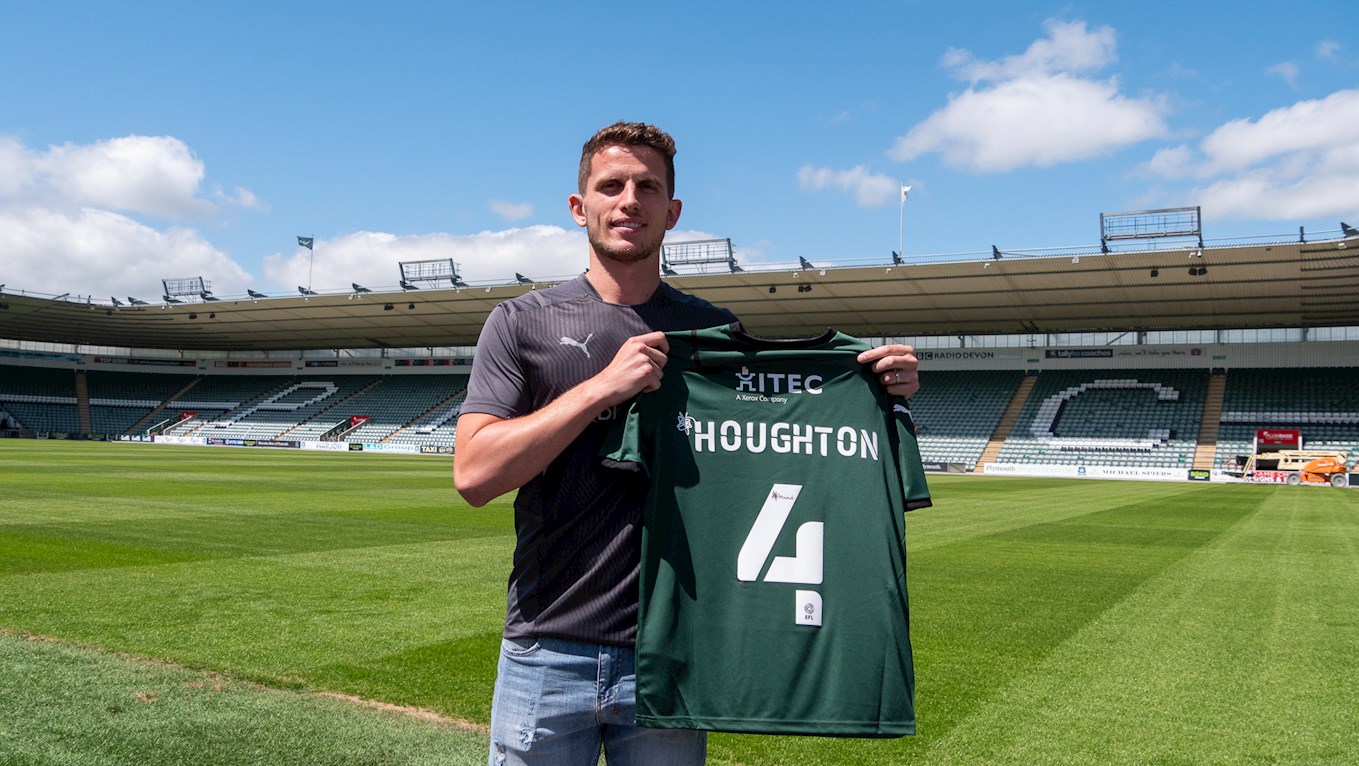 Midfielder Jordan Houghton has returned to Home Park five years after his last spell at the club.

The 25-year-old midfielder has signed after leaving fellow Sky Bet League One side Milton Keynes Dons.

His previous spell at Argyle was in 2016 when he was signed on a short-term loan deal from Chelsea.

He helped the Pilgrims reach the Sky Bet League Two play-off final that year, scoring one goal in 10 matches.

That goal came in a 2-0 win over Morecambe, a month before a thigh injury cut short his time in a Green shirt.

Since then, Houghton has had two loan spells at Doncaster Rovers, scoring two goals in 76 games.

His performances for Doncaster prompted Milton Keynes Dons to offer the former Chelsea youngster a two-year deal, where he amassed over 100 games across three seasons.

Jordan becomes the sixth player signed by Ryan Lowe this summer, following the arrivals of Callum Burton and James Bolton yesterday, and he will wear the no.4 shirt for the upcoming 21/22 campaign.

Jordan's home and away shirts are available for sponsor ahead of the Greens' Sky Bet League One season. Please contact commercial@pafc.co.uk for more information.

Welcome back to Home Park Jordan.

Want to see our new signing in action? Click here to purchase your 21/22 season ticket now.