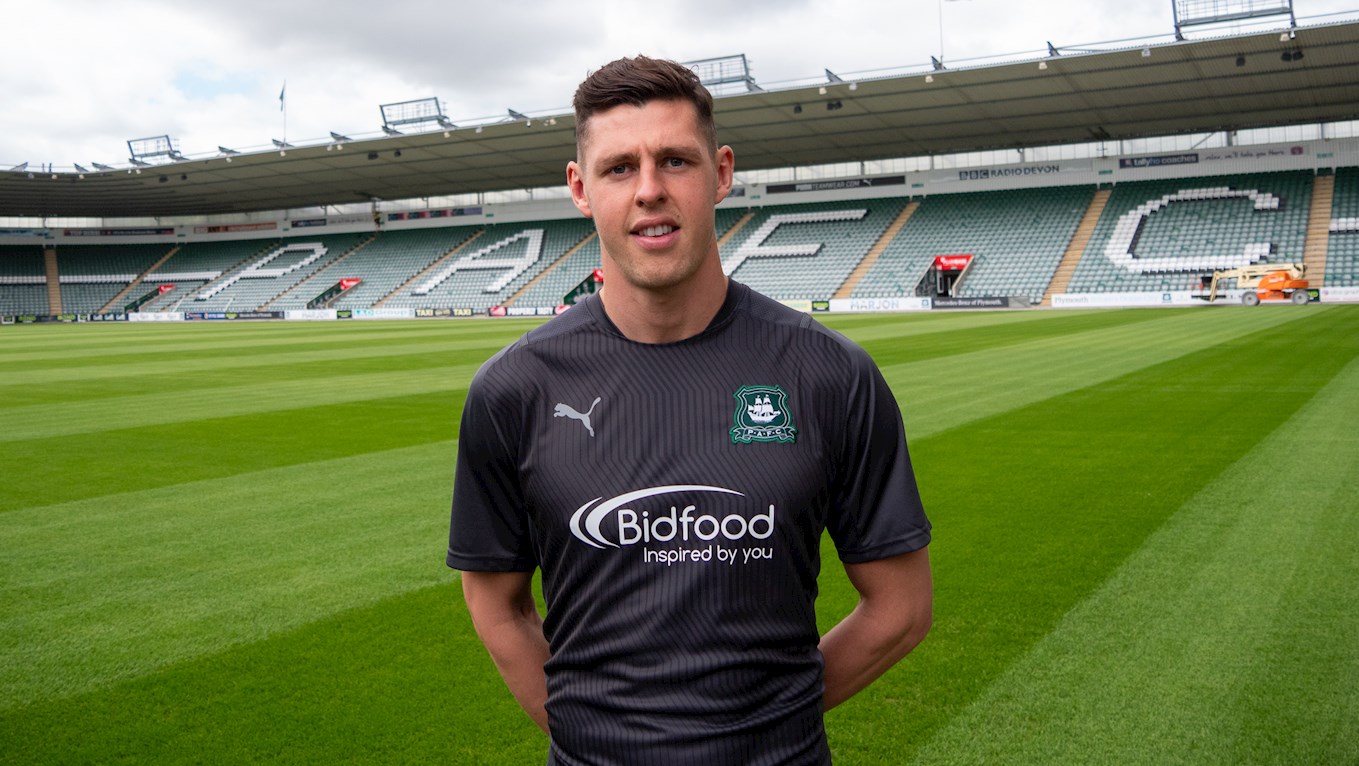 Argyle manager Ryan Lowe has added a fourth summer defensive addition to his squad, with James Bolton joining from Portsmouth for an undisclosed fee.

Bolton, 26, has signed a two-year deal, and is the fifth player through the door as the Greens prepare for their second season back in the third tier - joining fellow newcomers James Wilson, Dan Scarr, Macaulay Gillesphey and Callum Burton.

Staffordshire born Bolton, who can play at centre back as well as right back, found his feet at Stoke City’s youth Academy, signing his first professional contract for Macclesfield Town during the 13/14 season. In his first year with the Silkmen, Bolton went on a series of loans to Workington, Stafford Rangers and Halifax Town, netting three goals for Halifax all within seven days in April 2013.

Having left Halifax in 2016, Bolton spent a season with Gateshead, impressing enough to earn a move to Sky Bet League One side Shrewsbury Town in the summer of 2017 for an undisclosed fee - and he made his debut at Montgomery Waters Meadow in a 1-0 victory over Northampton Town.

His first goal for the Shrews came in January 2018, against future club Portsmouth, and he went on to play 85 times for the Shropshire outfit before moving to Pompey.

Bolton made 53 appearances in all competitions for Portsmouth, including two starts in the 2020 play-off semi-final defeat to Oxford United, will be well known to Argyle supporters already, scoring a heartbreaking equaliser in last season’s dramatic 2-2 draw at Fratton Park.

James will wear the no.2 shirt for the Greens' upcoming campaign.

James' home and away shirts are available for sponsorship ahead of the 21/22 Sky Bet League One campaign. Contact our commercial team on commercial@pafc.co.uk to find out more.