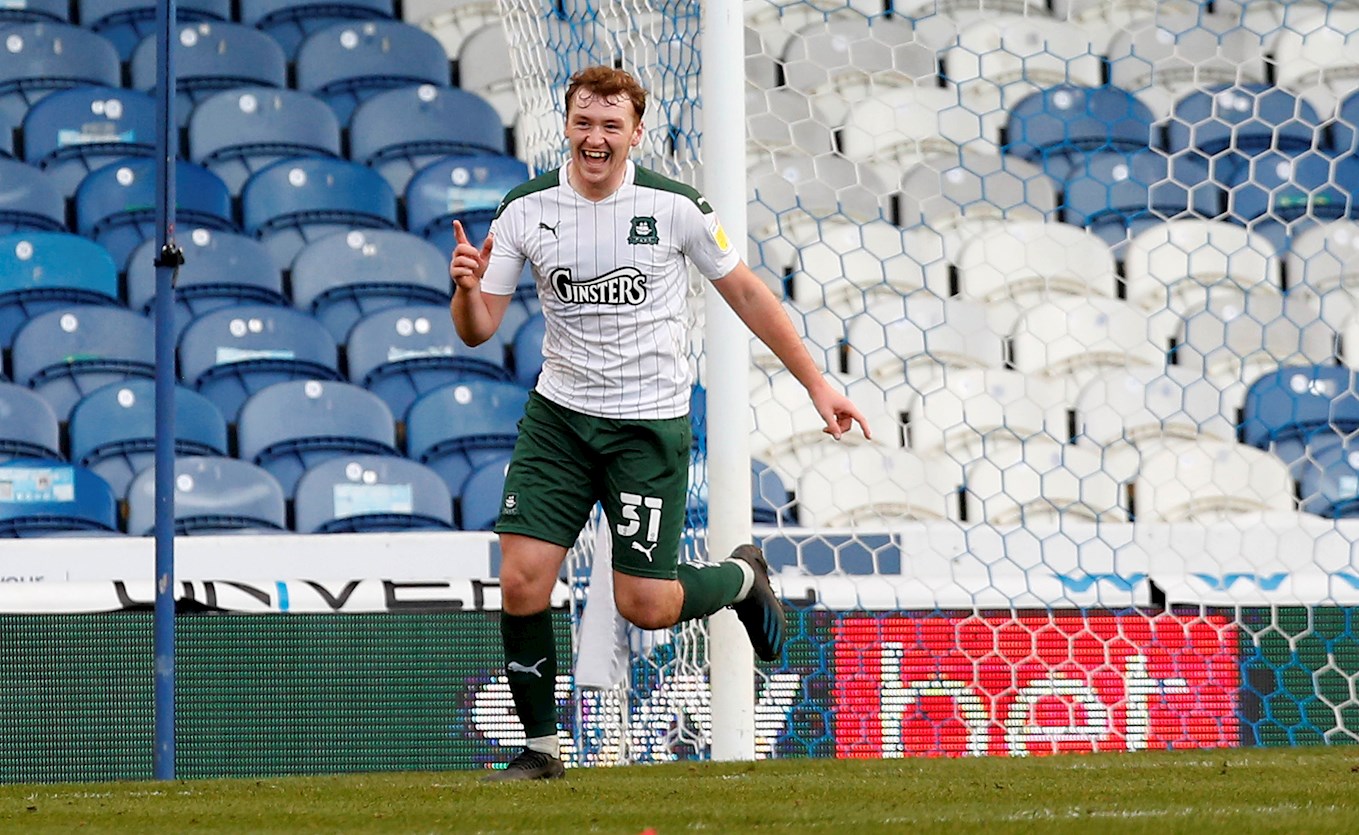 Wales under-21 international and Academy graduate Luke Jephcott has signed a new two-year deal, keeping him at Argyle until the summer of 2023.

The Pilgrims’ leading marksman, who netted 18 goals in all competitions last season, had 12 months remaining on his previously existing deal at Home Park.

Luke began his association with Argyle at a young age, coming through the Pilgrims’ Academy set-up to make history as the first player born in the 21st century to represent the first team – debuting against Burton Albion in October 2018.

His meteoric rise to prominence would occur in January 2020, though, when Argyle manager Ryan Lowe recalled him from a successful loan spell at non-league Truro City to start at Scunthorpe United in Sky Bet League Two – scoring his first two professional goals in a 3-1 win. He would repeat the astonishing feat a week later, netting another double in the 3-0 win at Carlisle United.

Luke finished that season with an impressive return of seven goals from 14 appearances, earning the club’s Young Player of the Season award for the second consecutive year as Argyle won promotion back to the third tier.

The Aberystwyth-born striker wasted no time adjusting to life back in the third tier, scoring the Pilgrims’ Sky Bet League One opener with just three minutes of the 20/21 season played in a 1-0 victory over Blackpool at Home Park.

Jephcott’s scintillating form at the turn of the year saw him voted the PFA Bristol Street Motors League One Player of the Month for both December and January.

Among his haul of goals, Jephcott netted impressive braces against Swindon Town, Charlton Athletic, and Portsmouth, and his excellent form was rewarded with elevation to the Welsh under-21 squad, where he has five caps to his name.

Jephcott said: “I'm over the moon to have signed a new deal. We've had a couple of conversations towards the end of last season and it's gone very smoothly. I am very happy to be here for another couple of years."

Argyle manager Ryan Lowe said: “I'm very pleased that Luke has agreed to sign an extension with us. He's a talented youngster - a product of our Academy - and an asset for Argyle.

"He's a goalscorer, we know what he brings to the team, and he has an opportunity to kick on now and further develop with us."

The McGrath family said: “‘We are delighted to hear the news that Luke has signed an extension at Argyle, and it’s just reward for his hard work.

“As big Argyle fans, we’re proud to sponsor a product one of our own, and we can’t wait to see what’s to come from Luke.”

Want to see more of Jephcott in action next season? Click here to buy your 21/22 season ticket.