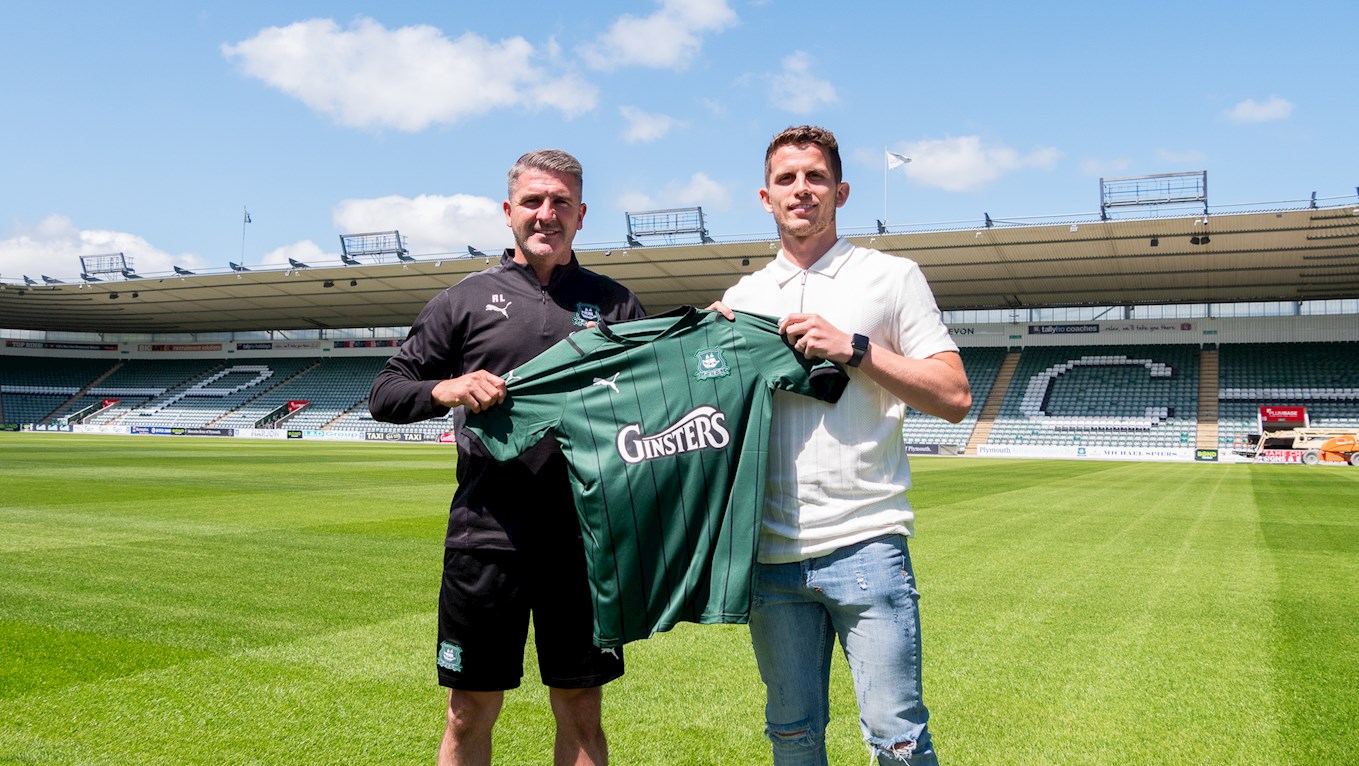 Midfielder Jordan Houghton feels he has grown as a player and a person compared to the the last time he walked out onto the Home Park pitch.

He re-joined the club on Friday on a free transfer from MK Dons, five years after last appearing for Argyle as a 20-year-old on loan from Chelsea.

He said, “I was a kid back then and now I feel I am a man coming into a team.

“I have experienced a lot, played over 200 games in the league and these experiences can only help.

“I still have a lot of learning to do and I am sure this manager (Ryan Lowe) can help me, I am really looking forward to working with him.”

In those five years, Jordan enjoyed a successful loan spell at Doncaster Rovers where he played alongside fellow Pilgrim Conor Grant.

Both played a part in helping Donny gain promotion from Sky Bet League Two that season and Jordan impressed so much that he was offered another loan deal at The Keepmoat the following year.

He returned to Chelsea but at the end of the 17/18 season he left Stamford Bridge and signed a 2-year deal with MK Dons.

Stadium MK is where he has enjoyed the best spell of his career to date, playing over 100 times for the Buckinghamshire side - helping them to promotion to Sky Bet League One in his first season, his second as a player.

“Promotion is the aim again this year. Having spoken to the manager, he came to Argyle with a project to eventually get to the Championship.

“That is the aim and hopefully I can get make it three promotions.”

Jordan is the sixth signing of an already busy summer of recruitment for Ryan Lowe and unlike the other five, has first-hand experience of just how loud and passionate the Green Army can be.

He said the fans were a huge part on why he decided to re-join “Hopefully we can make the first game of the season a sell out and get as many people as we can here because the Argyle fans are massive for the club.

I think we’ve already got a good squad together, playing some nice football to give the fans something to believe in.”