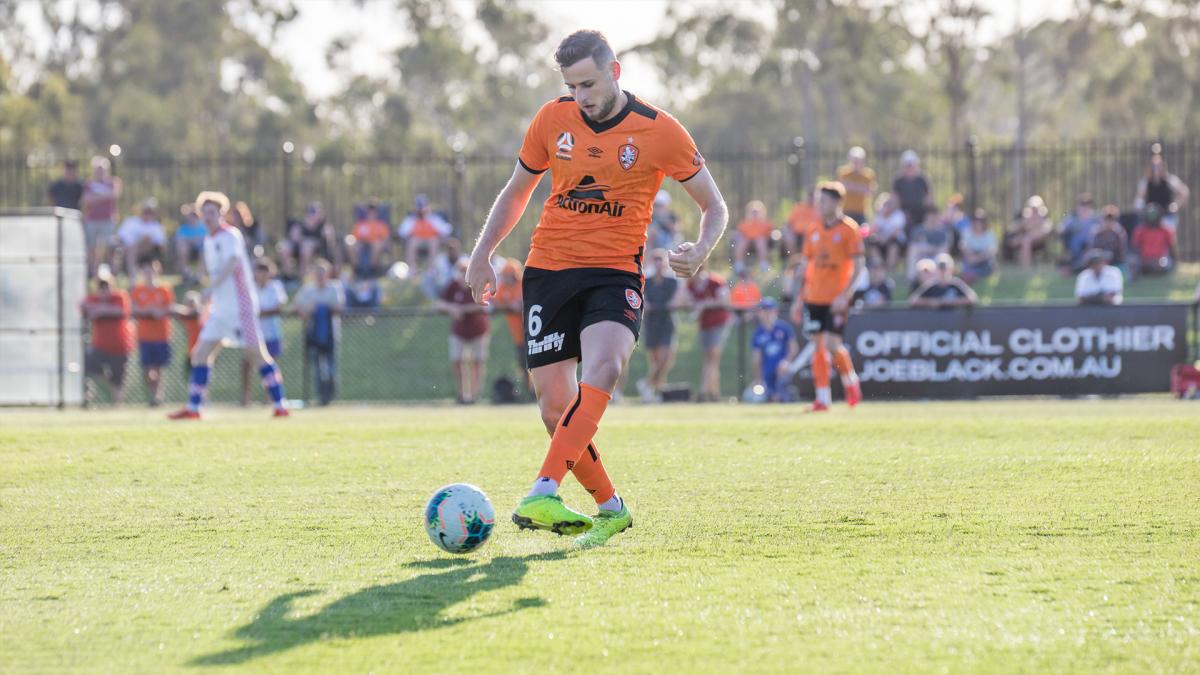 Central defender Macaulay Gillesphey will join Argyle on a two-year contract upon expiry of his deal with Australian top-flight side Brisbane Roar.

The 25-year-old Newcastle United Academy product has just concluded the 20/21 campaign in the southern hemisphere, with Roar losing out to Adelaide United in the A-League Finals Series after a fourth-placed finish in the regular season.

A left-sided centre back who is a threat at set pieces, Gillesphey joined the Queensland club in 2019 from Carlisle United, where he made nearly 100 appearances, and was an ever present in Roar’s 19/20 A-League campaign, winning the club’s Player of the Year award as Roar fell short to Western United in the Finals Series.

Macaulay maintained his excellent form into the 20/21 campaign, netting in Brisbane’s second game of the season, a 3-1 win over Melbourne Victory. By the conclusion of a coronavirus-impacted 20/21 fixture schedule, Gillesphey had played 22 of his team’s 26 fixtures, scoring three times.

Gillesphey began his career at Newcastle United, working his way through the youth system to earn a professional deal, before joining Carlisle on-loan in September 2015.

His competitive debut for the Cumbrians came at Anfield against Premier League giants Liverpool in the third round of the League Cup, with the Reds scraping past Gillesphey and his teammates on penalties after a 1-1 draw.

The remarkable debut was a sign of things to come for Macaulay, who would return to Brunton Park on loan in the 16/17 campaign, eventually making the move permanent in June 2018, before moving to Brisbane a year later.

Macaulay is manager Ryan Lowe's third signing of the summer, following in the footsteps of fellow defenders James Wilson and Dan Scarr.

The deal is subject to EFL approval, international clearance, and successful completion of a medical.

Argyle manager Ryan Lowe said: "I am delighted to finally welcome Macaulay to Argyle. We have been monitoring his situation for some time and keeping regular contact with his agent, and we’re really pleased to get this done.

"He has got some great defensive and attacking qualities and I am really looking forward to working with him."

Macaulay's 21/22 home and away shirts are sponsored by Lilly and Felix Stephens.

Want to watch Macaulay in action next season? Click here to purchase your 21/22 season ticket.