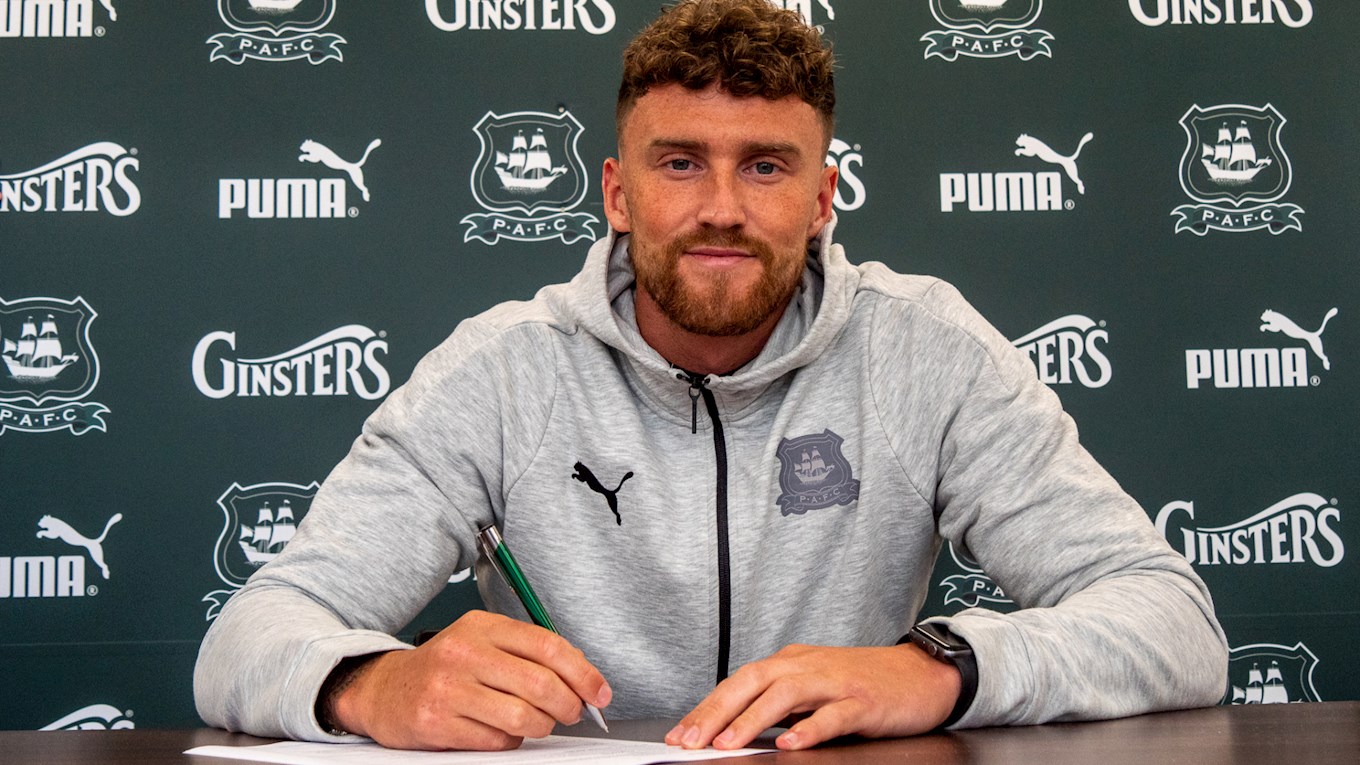 Defender Dan Scarr is the Pilgrims’ second new signing of the summer.

The former Birmingham City centre back, 26, will join Ryan Lowe’s side on upon expiry of his contract at Sky Bet League Two side Walsall.

Scarr has spent the past three seasons with the Saddlers, netting seven times in 96 appearances for the club. Dan played alongside Argyle Player of the Season Joe Edwards at the Banks’s Stadium in the 2018/19 campaign.

A physically powerful and uncompromising defender, Scarr’s 20/21 performances saw him ranked inside the top five Sky Bet League Two players for percentage of both aerial contests and defensive duels won, as well as 13th for shots blocked per game.

Standing at 6 feet and 2 inches, Dan earned his professional football career the hard way, working his way up into the EFL system through impressive performances at non-league level.

Starting out at Worcester City while still in education, Scarr moved on to spells at none-league Causeway United and Redditch United upon completion of his studies, before joining Northern Premier League club Stourbridge in 2015, balancing football for the Glassboys with work as a part-time personal trainer.

Stourbridge already had form for FA Cup heroics, having knocked a beleaguered Argyle side out of the FA Cup in November 2011, and Scarr was an integral part of the club’s historic run to the third round of the competition in the 2016/17 season – scoring the equaliser in Stourbridge’s eventual 2-1 defeat to Wycombe Wanderers at Adams Park. There would be some silverware for Scarr that season, though, as he was named in the Northern Premier League Team of the Season.

Having impressed against full-time opposition, the Bromsgrove-born defender attracted interest from a number of high-profile clubs, including West Bromwich Albion and Middlesbrough, before impressing enough on trial at Birmingham City to earn a permanent move to the Championship club for an undisclosed fee.

In August 2017, Scarr returned to Adams Park, the scene of his momentous FA Cup goal, to join the Chairboys on loan, and he would go on to establish himself in the first team as Gareth Ainsworth’s side secured automatic promotion from Sky Bet League Two.

Having found first team opportunities limited at St Andrews, Scarr joined Walsall on a permanent deal in January 2019 for an undisclosed fee.

Dan will wear the no.6 shirt for the 21/22 campaign. His home shirt is sponsored by the McGrath family, and his away shirt is available for sponsor. Please contact commercial@pafc.co.uk for more information.