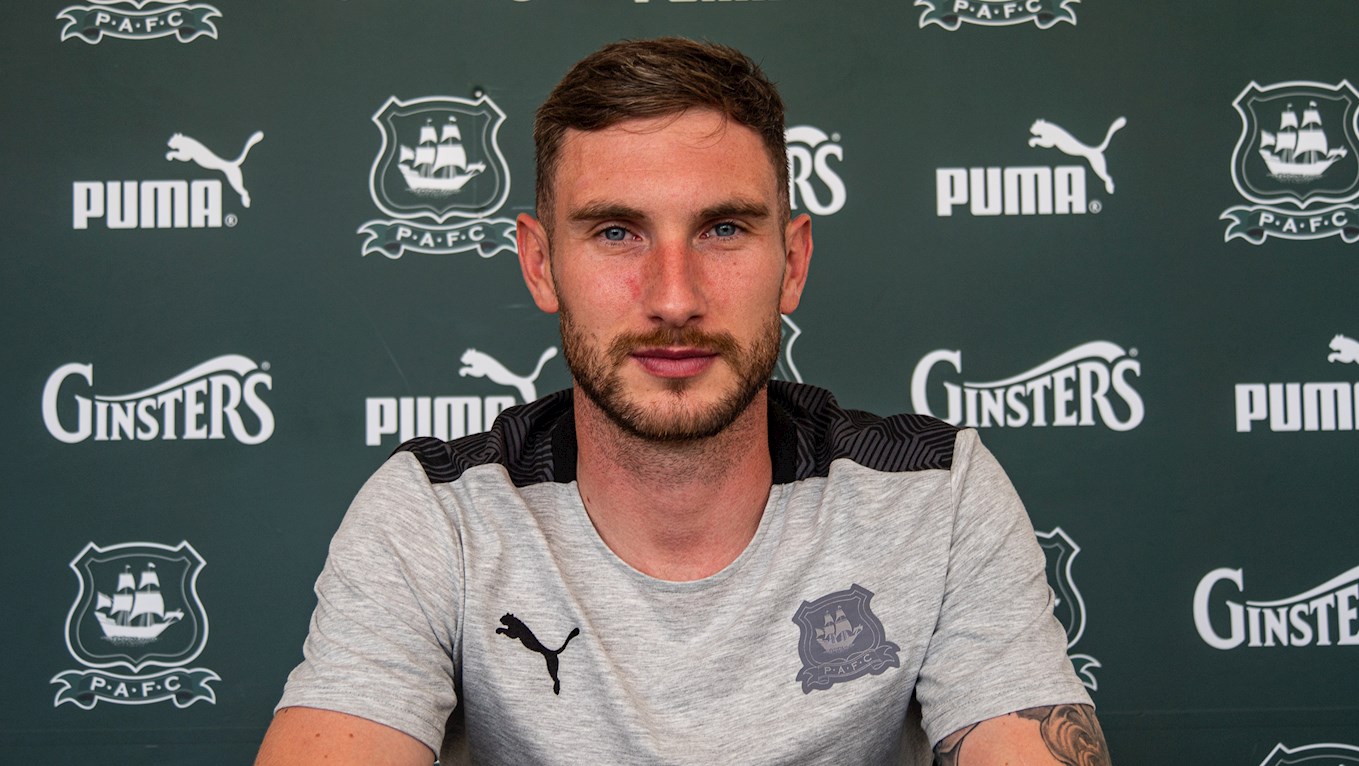 Upon signing a new deal, midfield playmaker Danny Mayor spoke of his excitement at extending his Home Park stay.

The influential 30-year-old penned a new two-year deal this week, bringing him under contract with the Greens until 2023.

Danny said: “I’m really excited, the ambition of the club and the staff on how they want to progress the club. It was a no-brainer for me.

“It wasn’t a difficult decision. Football-wise, it was pretty simple. I have family up north, but I talk to them regularly, and as soon as they were happy with it, I rang the gaffer [Ryan Lowe] straight away.”

The midfielder’s bond with Argyle manager Ryan Lowe is as strong as they come in the modern game, having first played alongside Lowe as a teammate, before working under his management at both Bury and Argyle – but Mayor insists the club’s direction of travel was also an important factor in his decision-making process.

He said: “You don’t need to sell the club to me, I’ve been here for a couple of years, and we have a good, honest relationship. I just had to talk [to Ryan Lowe] to make sure everything was right, and then a week later, I signed.”

“It’s always daunting moving five hours from where you’re from. It took a little while to get used to, but if I didn’t want to be down here, I wouldn’t have signed another two years. I really enjoy it down here; I love the area and I’m excited to still be here.”

Since joining in the summer of 2019, Danny has been a key member of the Argyle squad, and his contribution to the Pilgrims’ promotion-winning 19/20 campaign saw him named in the PFA League Two Team of the Year.

Danny is one of five out of contract professionals to sign new deals at Home Park this summer, alongside Player of the Season Joe Edwards, fellow midfielder Conor Grant, and young prospects Ryan Law and Ollie Tomlinson. Coupled with the addition of experienced former Ipswich Town defender James Wilson, Mayor is encouraged by the way the squad is shaping up ahead of 21/22.

He said: “I’m not going to put pressure on the club or the gaffer in where we would like to finish next season but bringing in more experienced players and being competitive is a priority. You look at the clubs at the top last season and this club is as big, if not bigger, than those that were up there. There’s no reason why we can’t be competitive in the league and give it a go.”

“On a personal level, hopefully I’ll be injury free and in fighting form for the first-team all season; I think that’s the aim for any player.”

“I’m excited to get the fans back in, it was such an eerie season not having them there. “During my first season being here I was able to see a full stadium; I knew what an impact they have on the team, so to get them back and win games with them will be great.”