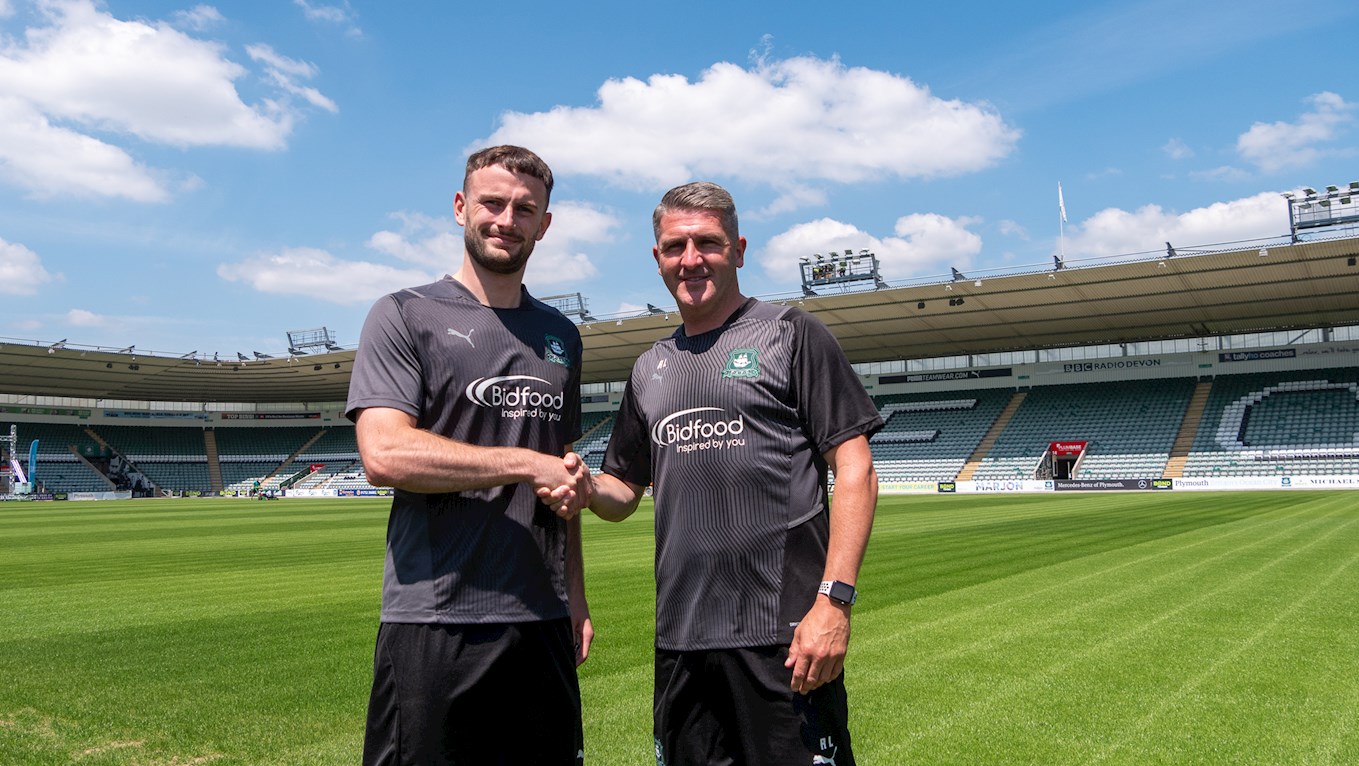 Argyle’s newest addition, goalkeeper Callum Burton, is delighted to have joined the Greens and is looking forward to the season getting underway.

The 24-year-old, who earned promotion from Sky Bet League Two with Cambridge United last season, believes he can progress in his career under manager Ryan Lowe.

Callum said: “I’m over the moon to get it done and dusted now. I’ve been speaking on and off to Darren [Behcet, Argyle’s goalkeeping coach], quite a bit in the off-season. You can’t turn an opportunity like this down, so I’m over the moon to be here."

Callum is not unfamiliar with Home Park, keeping a clean sheet for the U's in a 0-0 draw towards the end of the 19/20 season, and the experience stayed with him.

He said: “The minute you come into a stadium like this it’s one of those moments as a player where you’re like ‘wow, this is a big club’.

“Having the set up that [Argyle have] got is only going to improve me as a player and I can’t wait for my future here and to progress here.”

Having past experiences at Shrewsbury Town, Hull City as well as Cambridge United, Callum is looking to push on under Lowe, improving as both a player, and a person.

He said: “I feel like I’m very good at coming off my line and dealing with them sort of aspects of the game because I think that’s important, if you can take the pressure off your back four. Shot stopping, I think I’m good at that.

“I think ultimately I’ve got to improve at everything. I’m only 24 so there’s a lot of improvement to do still through training and game time, I think this is the right place for me to be in at this stage of my career, I think I can progress a lot here.”

With the Greens consolidating their position in Sky Bet League One last time out, Callum is ready for the challenge of fighting for a spot in a League One team.

Callum said: “I think it’s a very good standard league this year, with teams dropping from the Championship down, it’ll be a really tough year, but having seen what I’ve seen of the coaching staff here on the first day, and the players, I think it’s going to be a good season.

“I know Mike [Cooper] had an amazing season last year and then obviously Luke [McCormick], so it’s a good group here that I think I can learn from, and I think we can all learn off each other, and it’s only going to make all of us better.

“Promotion is one of the best moments of anyone’s career, and the best of mine so far, so I want to come and do the exactly the same and get [Argyle] up to the Championship.”