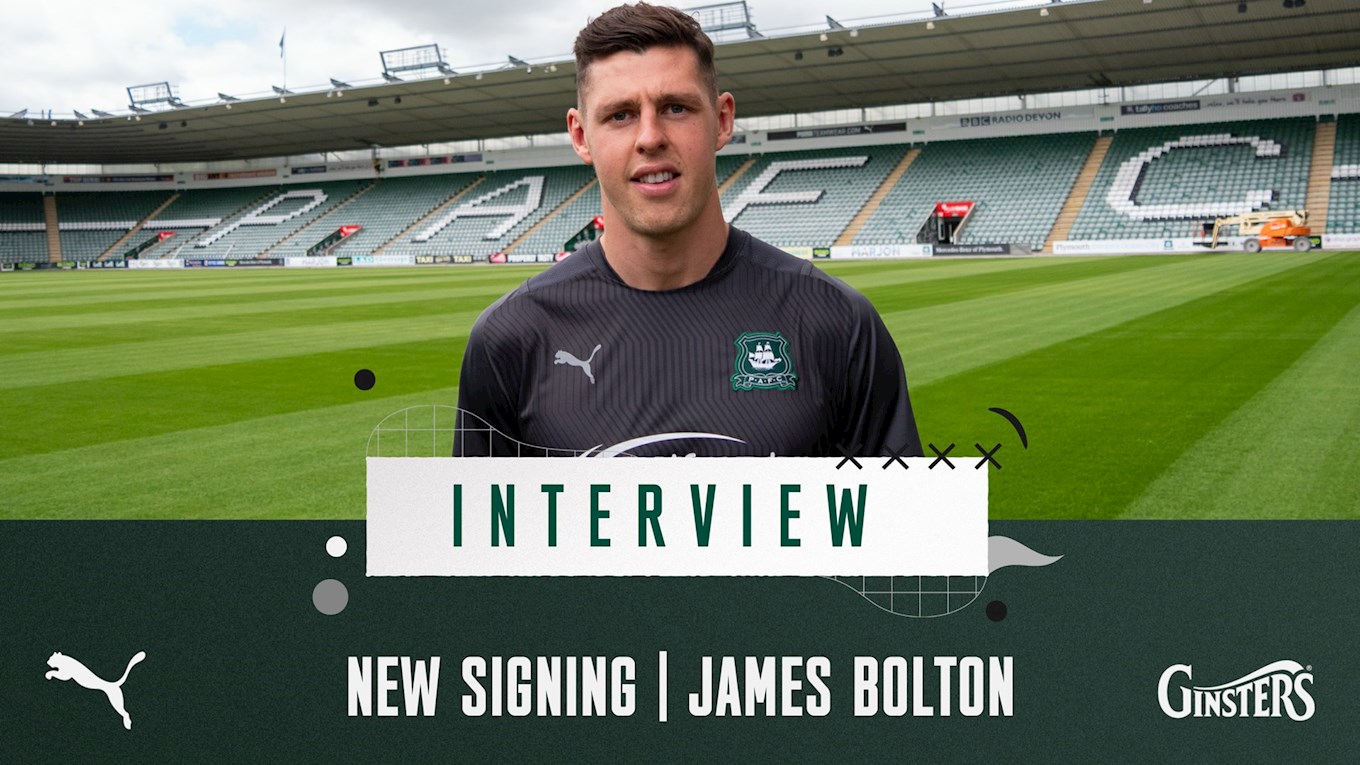 Argyle manager Ryan Lowe’s rebuilding of the defence continued on Thursday with the signing of Portsmouth defender James Bolton for an undisclosed fee.

The 26-year-old signed a two-year deal at Home Park and will help make up the new look back line with fellow new boys Dan Scarr, James Wilson and Macaulay Gillesphey.

On signing for the Pilgrims, James said: “It’s brilliant. It all happened so quickly but now I’m here and have had a look around the stadium its really good to be here.

“I’ve played here before and the fans are really good, really passionate and make a lot of noise so I am really looking forward to being a part of that.”

The athletic, solid defender, who is comfortable playing either as a full-back or in the middle of the defence, broke a few Argyle hearts last season with a last-minute equaliser in a 2-2 draw at Fratton Park, something he has vowed to make amends for.

“Hopefully I can get one for Argyle and get one back and hopefully the fans will forgive me for that.

“In the first half of that game for Pompey, I don’t really remember us being in that game at all really. [Argyle] were one of the best teams we played all season.”

Having come through the ranks at Stoke City, James went on to play for Halifax, Gateshead and Shrewsbuy Town where he played alongside fellow Pilgrim Niall Ennis.

He then made the switch to Fratton Park where first team opportunities were hard to come by. The move to Argyle is something that James feels can help improve him as a player.

“I think the formation suits my style of play. I am able to play right-back as well so can go out to areas if it is a back three.

“I’m always looking to learn and will play wherever to be honest. I think the way Argyle play will really play to my strengths.”