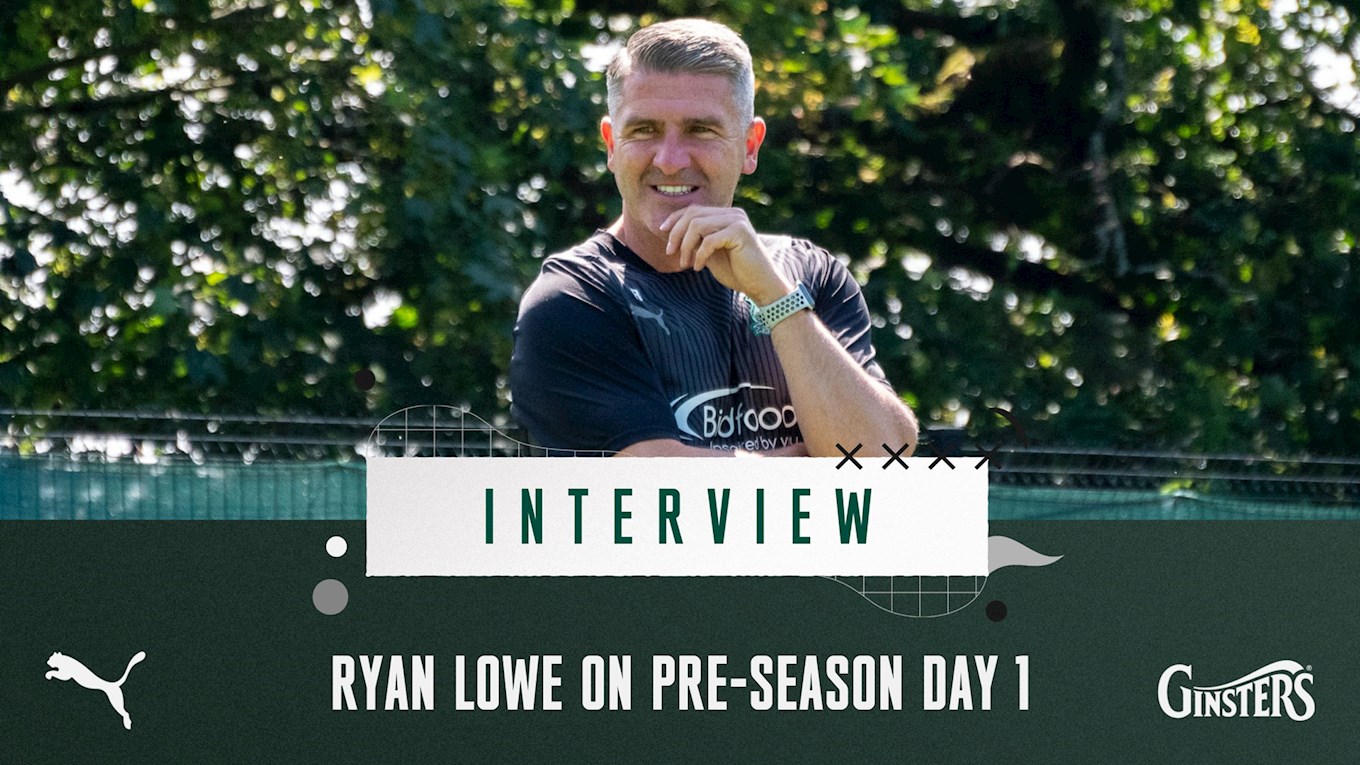 The first day of pre-season – a day of excitement, nerves, smiles and a tonne of hard work.

Inevitably the players returned to Home Park for a day full of running on a baking hot day - Ryan Lowe greeting them with a wry grin on his face. "Always the way, isn’t it? First day of pre-season is always mad hot!”

The weather though, wasn’t going to stop Ryan and his coaches putting the players through their paces. After breakfast, catch-ups and the first wear of a shiny new training kit, the players made their way to the pristine pitches of Harper's Park to get their 21/22 season underway.

Fresh from a couple of weeks' rest and recuperation, Ryan Lowe was delighted to be back and building for a successful season in Sky Bet League One.

He said: “It’s nice to have the lads back, the banter is flying around as you can imagine.

“They’ve come back in good nick which I am pleased about. They’ve had good summers, good breaks, but the work starts again now.”

Three 12-minute runs around the pitch with a ball, slaloming and weaving their way through an assault course of poles, barriers, ladders and hurdles. Enough to make anyone sweat just watching on.

“It’s going to be an intense five-and-a-half weeks. We have a structure in place with good recovery days in between. We just let John Lucas [Head of Fitness and Conditioning] and his team take over for the first week or so as it’s all about fitness.

“The types of runs they're doing now are hard, I did them with John when I was a player. We feel it’s a good exercise, we’ll look at the heart-rates and check where they all are and what we need to do going forward.”

Much of the current crop of players would have been used to pre-season the Ryan Lowe way, but for James Wilson and Dan Scarr it was a step into the unknown. Two of the three new signings were wearing Argyle colours for the first time with Macaulay Gillesphey arriving later in the week due to quarantine rules. And like any new players in this Argyle squad, they are settling in quickly.

Lowe said: “For me, it’s vitally important that they get to know each other. We leave it down to them. Joe [Edwards] as captain and Danny [Mayor] and Conor [Grant] as senior figures make sure the lads are all welcomed in.

“We’ll have some team bonding sessions along the way to gel a little bit more. We want them to become a family, we want them to look after each other.”