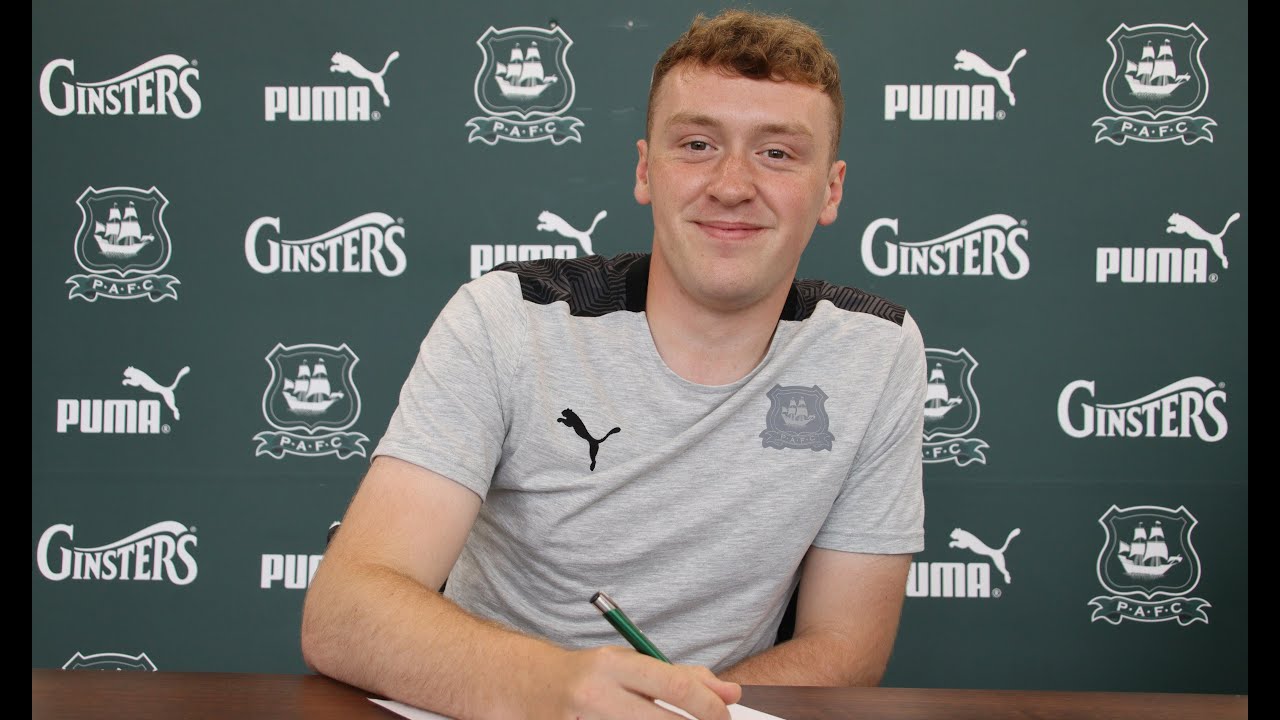 It is fitting that, during the EFL Youth Development Week, one of Argyle’s brightest young stars has put pen to paper on a new deal at Home Park.

Academy graduate and 20/21 top scorer Luke Jephcott has signed a new deal, extending his stay at Argyle until the summer of 2023.

Upon signing his new deal, he said: “We’ve had a couple of conversations and it was a mutual decision once the season was done. Things this season have gone pretty smoothly and I’m happy to be here for another couple of years.”

“It was a nice feeling, and I’m happy to stay here - especially now the fans are looking to come back this upcoming season and the stadium will be rocking; it’s going to be a great atmosphere.”

Albeit a challenging season played behind close doors, Jephcott maintained his excellent 19/20 form at the higher level, netting an impressive 18 goals in all competitions, alongside winning the PFA Bristol Street Motors League One Player of the Month Award for two consecutive months in December and January.

He said: “In some areas, I performed better than what I’d hoped for, especially in terms of goals and playing as many minutes as I did. On the other hand, I don’t believe I’ve reached the targets I’d set myself in January. It’s unfortunate, but I have my target for next season; continue to do better than the previous season.

“I think towards the end of the season, teams did a bit more research on the way we play, and they did well to limit our chances for me and the rest of the team. It became a lot harder to break teams down in the second half of the season.”

While many of his colleagues have been enjoying a well-earned off-season break, Luke spent last week with the Wales under-21 squad, earning his fifth cap in a 0-0 draw against Moldova.

He said: “Representing Wales has helped massively, as it has allowed me to keep ticking over and staying fit for those matches. I had two weeks off but dedicated a lot of time to playing for Wales, and I’m looking forward to the season ahead.”

The new contract is another momentous occasion for a player who, a little over 18 months ago, was plying his trade on-loan at non-league Truro City.

Reflecting on his favourite moments of his remarkable rise, Jephcott said: “I have a couple of stand-out memories; playing my first game back, scoring a brace and crucially getting that promotion to League One from the season before. Last season, I was just happy to help the team with scoring as many goals as I did. I’m really looking forward to continuing that next season.”

A significant proportion of Luke’s’ career goals have come behind closed doors, and the young striker can’t wait to see friends, family and the Green Army back in the stands next season.

He said: “Everyone in the team will agree that it hasn’t been the same without the fans. We’ve got an unbelievable fan-base here, even when people weren’t allowed in the ground; they were still supporting from home. I’m looking forward to getting back out there, scoring some goals in front of the fans and finally hearing the stadium bounce again.”