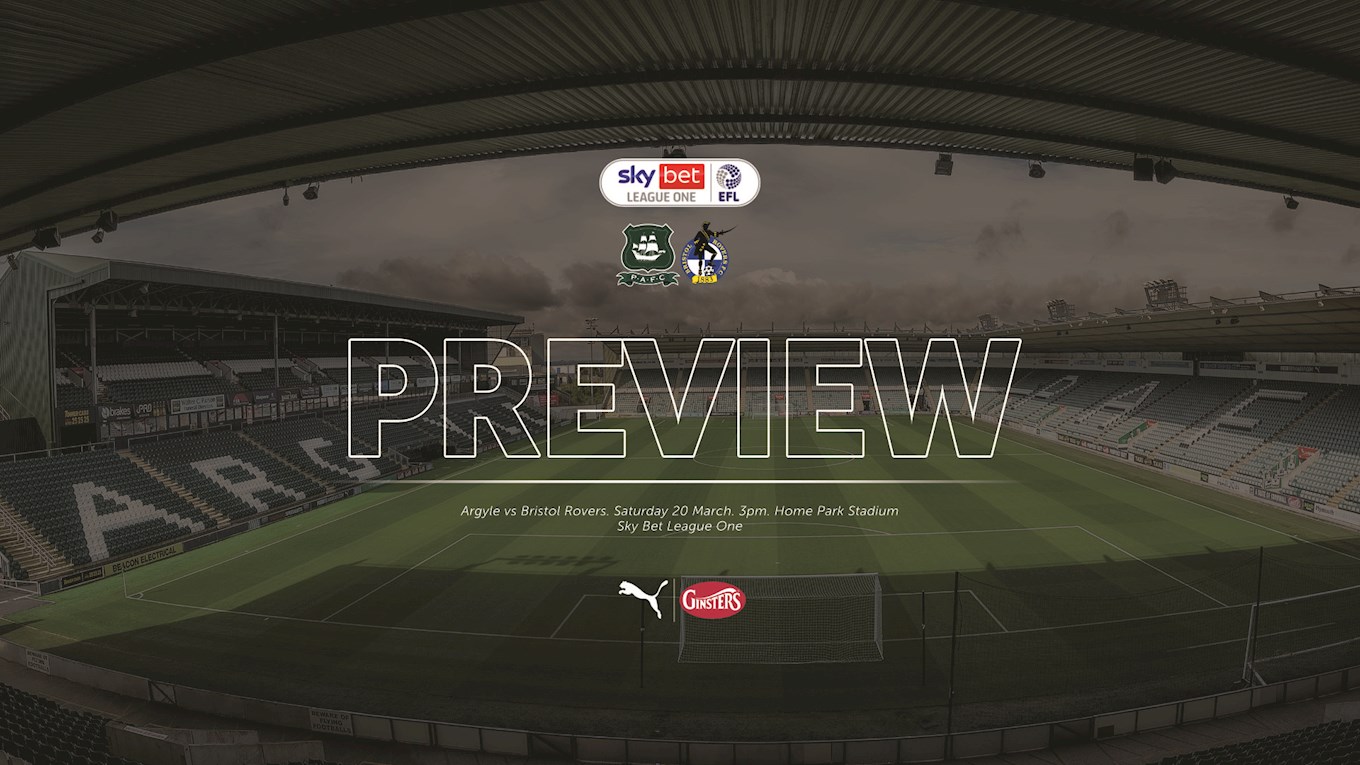 The Pilgrims are back at Home Park this weekend following two narrow defeats on the road, taking on Westcountry rivals Bristol Rovers in Sky Bet League One.

The Greens put in a battling display at Milton Keynes Dons in midweek, and looked to have secured a hard-earned point at Stadium MK, only to be denied a draw by a last-minute Scott Fraser penalty.

Joey Barton’s Rovers currently lie in 19th position in the League One table, with one win in their last five. Like Argyle, the Gas also suffered heartbreak last time out, surrendering a 2-0 lead to lose 3-2 against Charlton Athletic at the Valley.

A Luke Leahy penalty in the 18th minute gave the visitors the lead, before Ed Upson doubled the advantage on 32 minutes with a long-range strike that deceived the goalkeeper.

Andrew Shinnie’s smartly-timed finish for the Addicks got them back in the game, before Jake Forster-Caskey’s exquisite free-kick tied things up before the break.

A third goal for the Addicks came with just over five minutes of the game remaining, before things got worse for Rovers, with goalkeeper Joe Day dismissed for bringing Chuks Aneke down outside the area as Charlton broke clear in the dying stages.

Two set-piece goals from Alfie Kilgour and Luke McCormick separated the two sides ahead of the break, before Zain Westbrooke consolidated the three points for the Pirates in the 85th minute.

For Rovers, ‘keeper Day will not be available following his dismissal on Tuesday, while regular custodian Anssi Jaakkola is still on the comeback trail from long-term injury. In their absence, goalkeeper Jordi van Stappershoef is likely to deputise in goal.

Alex Rodman is an injury doubt for the Gas, having been substituted in their 0-0 draw against AFC Wimbledon before playing no part in the defeat at the Valley in midweek. Former Pilgrim loanee Josh Grant is also a doubt through a foot injury that has seen him absent for Rovers’ last three games.

For Argyle, there are no further injury concerns, with George Cooper and Gary Sawyer Argyle’s only reported absentees.

ARGYLE AT HOME TO BRISTOL ROVERS IN THE EFL

Bob Jack’s Pilgrims got revenge for their 0-2 defeat at Eastville seven days earlier by beating Rovers 2-1 at Home Park in our first-ever home meeting. Jimmy Logan scored both of our goals.

Derek Adams’ men twice surrendered the lead and ended up having to settle for a point in a 2-2 draw with Graham Coughlan’s Pirates.

Most goals in a single game: Eight, in a 5-3 Division Two win for Jack Rowley’s Pilgrims on Saturday, 5 December, 1959. Wilf Carter with a brace, Peter Anderson, Reg Jenkins and Bristol born Johnny Williams were our scorers.

Saturday's Sky Bet League One game kicks-off at 3pm, and is available to stream live on iFollow Argyle. Click here to purchase your pass.