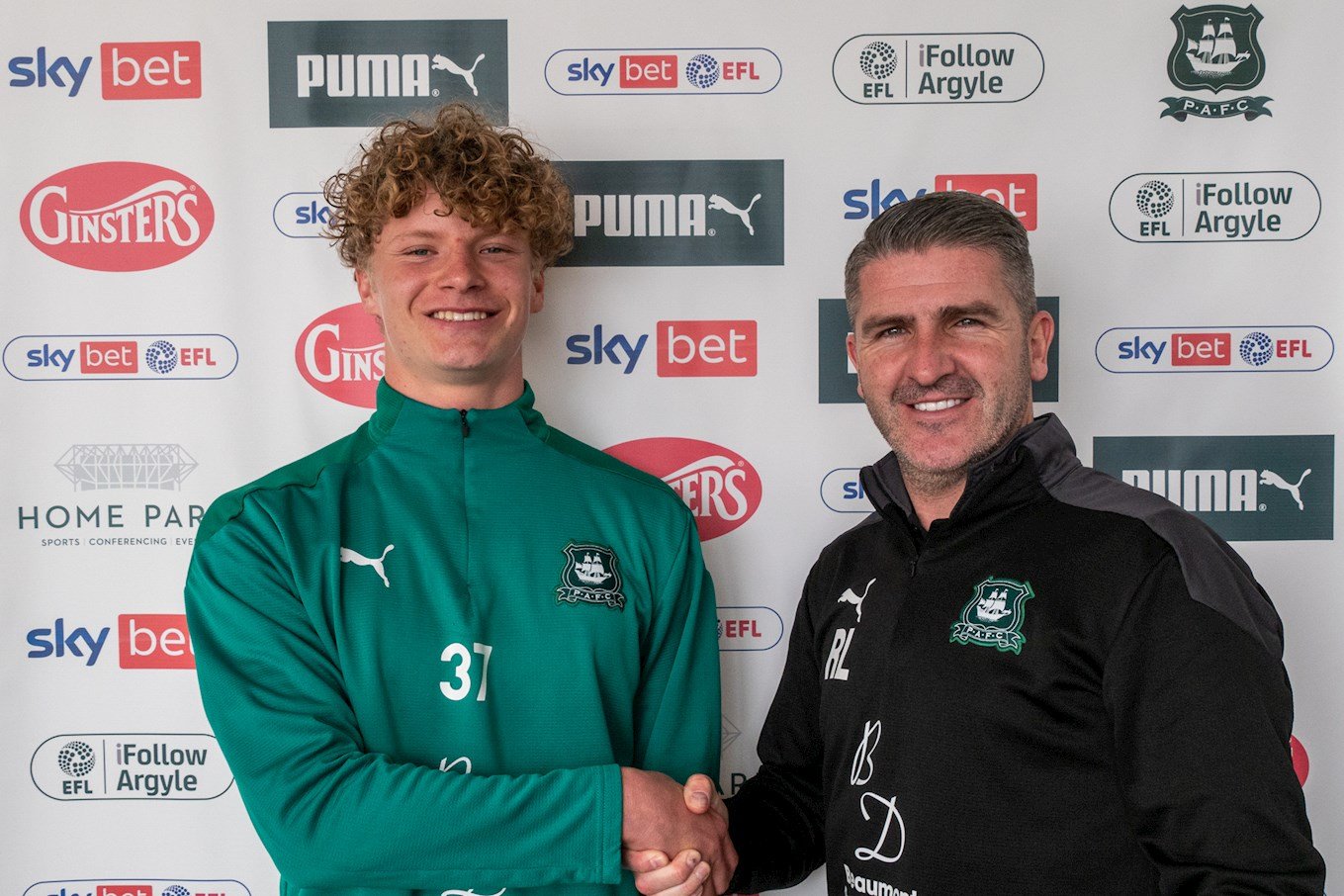 On the day of his 17th birthday, Academy prospect Brandon Pursall has signed his first professional contract at Argyle.

One of the youngest first-team appearance makers in the club’s history, the Cornish defender has been rewarded with a long-term deal at Home Park.

Growing up in St Stephen-in-Brannel, Brandon represented East Cornwall Schoolboys at under-14 and under-15 level. Having successfully progressed through the Cornwall player pathway, Brandon joined the Pilgrims’ Academy as an under-nine, impressing through the age groups.

Pursall’s promising performances as a left-sided defender led to national recognition in August 2018, when he was invited to join an England under-15 training camp in Loughborough.

A regular player for Argyle’s under-18 side during the 19/20 campaign, Brandon’s debut first-team appearance came in September 2020, in a Papa John’s Trophy match against Norwich City at the Theatre of Greens, coming on as a 76thminute substitute for club captain Gary Sawyer in a 3-2 defeat.

His introduction as a first-team player at just 16 years and 176 days old made the scholar the third youngest competitive appearance maker in the club’s history. Brandon made his full debut in Argyle’s next game in the competition, playing a full 90 minutes in a 2-0 defeat at Cheltenham Town, before securing his first win as a starter in the 3-1 victory over Newport County in October.

While a first professional contract is sure to be Brandon's most memorable birthday present, it also underlines the Pilgrims' clear intent to provide opportunities to home grown talent.

Argyle manager Ryan Lowe said: I’m extremely pleased for Brandon, from the day I met him it’s been clear that he has a great attitude and desire to do well, and he has shown that right the way through the ages in the Academy.

“I’m pleased for him and his family, he’s deserved this contract. Ultimately, though, he’s earned this contract as he’s a fantastic talent - to have already made his debut at 16 speaks volumes. He regularly trains with the first team and holds his own.

“He’s another excellent addition, and another Academy product who will go on and represent Argyle.”

Neil Dewsnip, Director of Football at Home Park, said: “I’m delighted for Brandon, delighted for his family. It is a really important milestone in his young player development pathway.

“It’s also really important to the club. It’s a great sign that our Academy is working, it is producing players that Ryan and I believe are of the standard appropriate for Plymouth Argyle.

“I know he’s already played in the first team, but now the expectations will now change, and the challenge for Brandon will be to reach those levels on a regular basis.”

You can back the next generation of Argyle talent and Back the Future by signing up for the Big Green Lottery. Raise funds for the Academy and be in with a chance to win cash prizes.