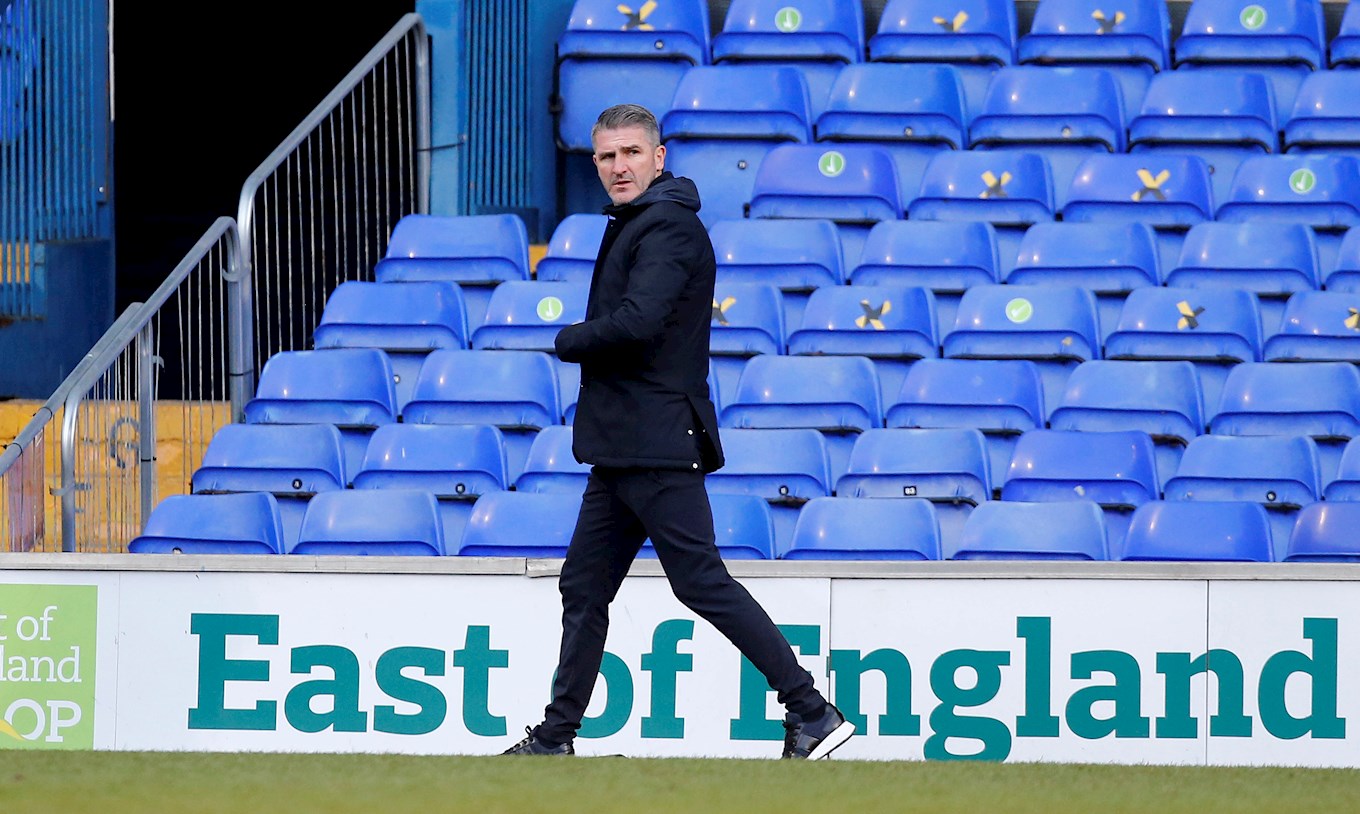 Tottenham Hotspur loanee Troy Parrott latched onto a poor pass in the Greens’ penalty area to convert what proved to be the winner just four minutes into the game.

Lowe said: “We’ve gifted them a goal. That can’t happen at any level, let alone in League One against a tough opposition in Ipswich.

“I thought after [the goal] we were a little bit sloppy in possession, we couldn’t keep the ball, passes were going astray, but once we grew into the game, I felt that we were worthy of getting a point.

“I thought when we got in the final third, we produced some moments of crosses and getting the ball in some good areas, which we wanted to do, but we probably didn’t do it enough early doors.

“We had some good chances, but the start of the game is important.”

As he had hinted earlier in the week, Lowe made an adjustment to the Pilgrims’ regular 3-5-2 system in search of some more solidity, with striker Niall Ennis playing a lone role up front, flanked by the advanced midfield duo of Danny Mayor and Panutche Camara.

Lowe said: “It was only one little tweak, we just felt that we wanted to get Niall down the middle and Danny and Panutche running the other way, as two number tens - so where they normally play in eight positions, they were just a little bit higher.

“Out of possession it made us a little bit more solid and resolute, but unfortunately, we gifted them a goal and that’s what cost us. It wasn’t for the lack of trying, just the decision making all over the park today wasn’t good enough.”

The Greens must immediately turn their attentions to another away tie on Tuesday night at Milton Keynes Dons, and Lowe has urged his men to dig deep within themselves to end the Pilgrims’ losing run.

He said: “They’ve got to pick themselves up. I’ve told them they need to go home tonight and analyse [the game] and look at it. The games are coming thick and fast, so we’ve got to make sure that we put the game plan together for MK Dons on Tuesday.

“We will train on Monday and whatever team I pick, it’s over to them then. We can only give them so much. I give them responsibilities on the pitch about simplicity and work ethic is a given.

“They did work hard [on Saturday] but they can work harder. We will give them the game plan to go out and try to execute against MK Dons because we need to collect a few points quickly.

“We don’t want to get ourselves in a fight down the bottom, we want to still keep looking up at teams above us and see if we can get up there.

“We’ve got to turn it around quickly.”