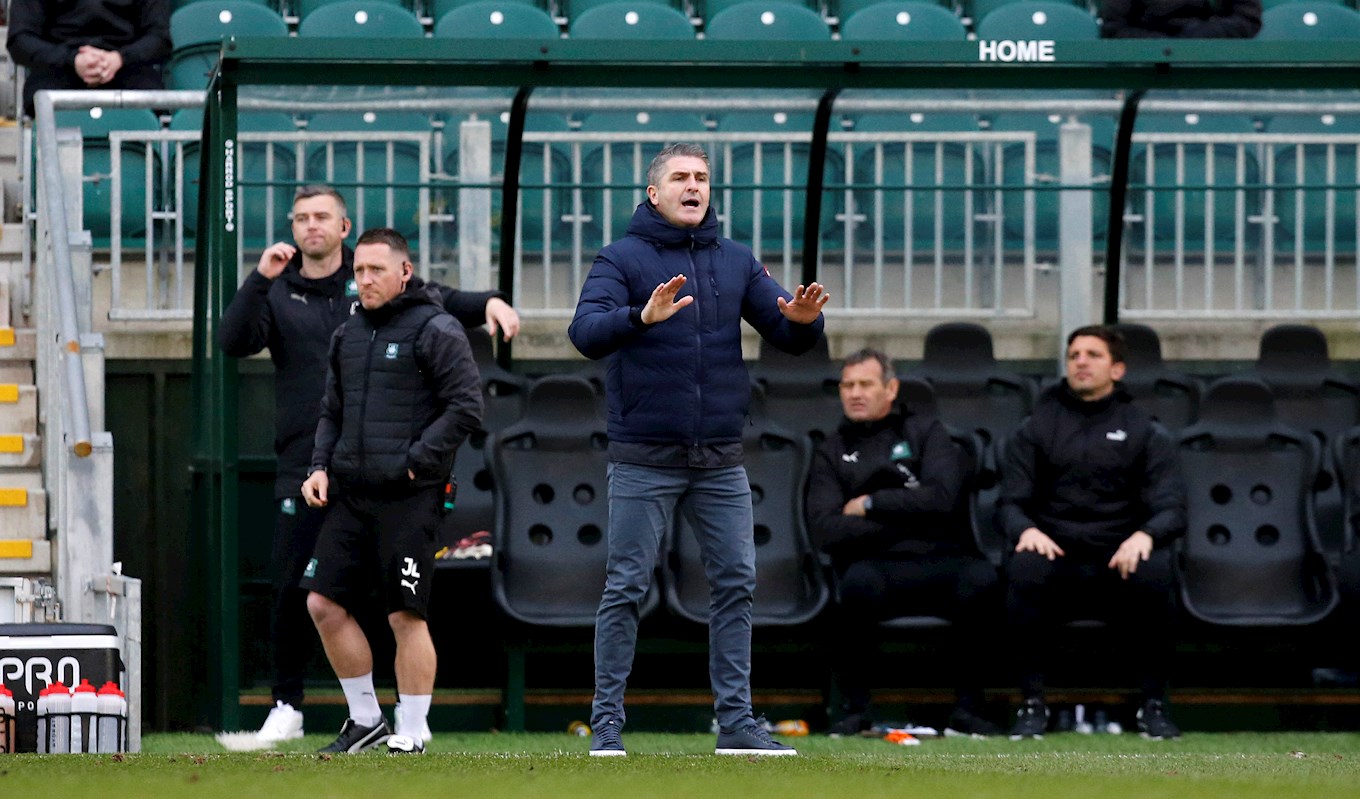 Argyle manager Ryan Lowe was delighted to see his side get back to winning ways on Saturday with a hard-earned 2-0 win over Bristol Rovers at Home Park.

A first-half Niall Ennis brace capped a solid all-round display for the Greens, who saw the game out professionally to secure their first Sky Bet League One win since February, ending a difficult run of defeats in the process.

Lowe said: “I thought the lads were fantastic, they’ve covered some distance over the last few weeks, but the attitude of the players hasn’t changed, they haven’t given in at any point.

“We knew [Bristol Rovers] were going to be fighting for their lives a little bit and we knew what to expect, but every single one of the players’ attitudes have been spot on. They had to work hard, and I thought they were excellent.”

The victory over Rovers is the Greens’ first win in six attempts, and Lowe feels that the victory was fitting reward for the team’s perseverance.

He said: “When they start like that, they’re a good team. We’ve always been in the games, we’re putting game plans together as the manager and the coaching staff to make sure that the lads take it fruition and that’s certainly what they’ve done.

“The two goals we scored were fantastic and the solid display from the defenders right the way to midfielders and the strikers working from the front, was very good.”

While full of praise for the entire team after Saturday’s win, Lowe made special mention for men at either end of the pitch – two-goal striker Niall Ennis, and Academy graduate goalkeeper Mike Cooper, who capped his 50th Argyle appearance with a clean sheet.

“Niall is a special talent. He’s getting fitter and stronger every day. He’s been a different class for us and long may that continue. I thought [Luke Jephcott] was fantastic as well, his work rate and he is performing to the level I want him to perform.

“Mike deserved a clean sheet on his 50th appearance for the club, it’s fantastic and we wanted that.”

With plenty of miles in the legs over the condensed season, Lowe is planning on using the rare week without a Tuesday fixture to get some much-needed recovery into the squad.

“We’ve got to look after these lads, they’re still youngsters, we’ve got to watch how many training sessions they do, then the minutes they’re playing and the coverage they’re doing. We will make sure we look after them as much as we possibly can.

“They’ll be in first thing in the morning [on Sunday] and then they’ll have a couple of days recovery and then we will have a build-up of three days for Blackpool.

“It’s important that we’ve got a week [where] the lads can get their head down, they can recover a little bit, which is important.

“They’ll get set a few little programmes for Tuesday while they’re off, they can do it at their own leisure, but it’s just important that we can get them fresh for the weekend.”