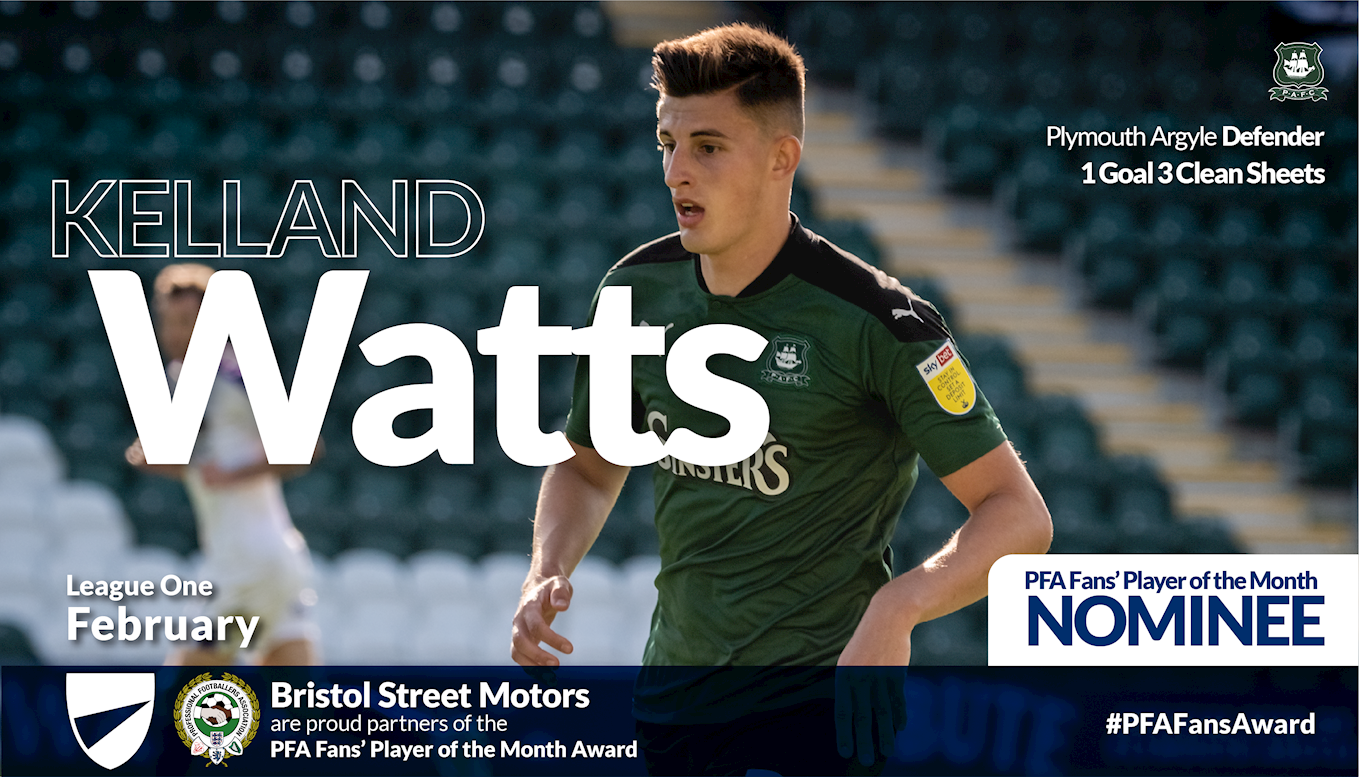 21-year-old Argyle defender Kelland Watts has been nominated for the PFA Bristol Street Motors Fans’ Player of the Month award for February.

The centre-back is currently on loan from Premier League club Newcastle United. Having joined Argyle ahead of the 20/21 season, the former England under-19 international has been an ever-present in the Pilgrims’ Sky Bet League One campaign so far.

Watts remains a key part of the side that enjoyed the longest unbeaten start to 2021 in the EFL, with only Manchester City stretching their record further in English football this calendar year.

Kell’s nomination comes after an unbeaten February for Ryan Lowe’s side, with the defender netting the first goal in the thrilling 4-3 win against second place Lincoln City at Home Park on 27 February, turning in Conor Grant’s cross in the third minute.

The defender is the second Pilgrim nominated for the award this season, with top goalscorer Luke Jephcott scooping back to back awards in December and January.

The winner of the award will be decided by fan votes. Voting is open for a limited time only, click here to show your support for Kell.