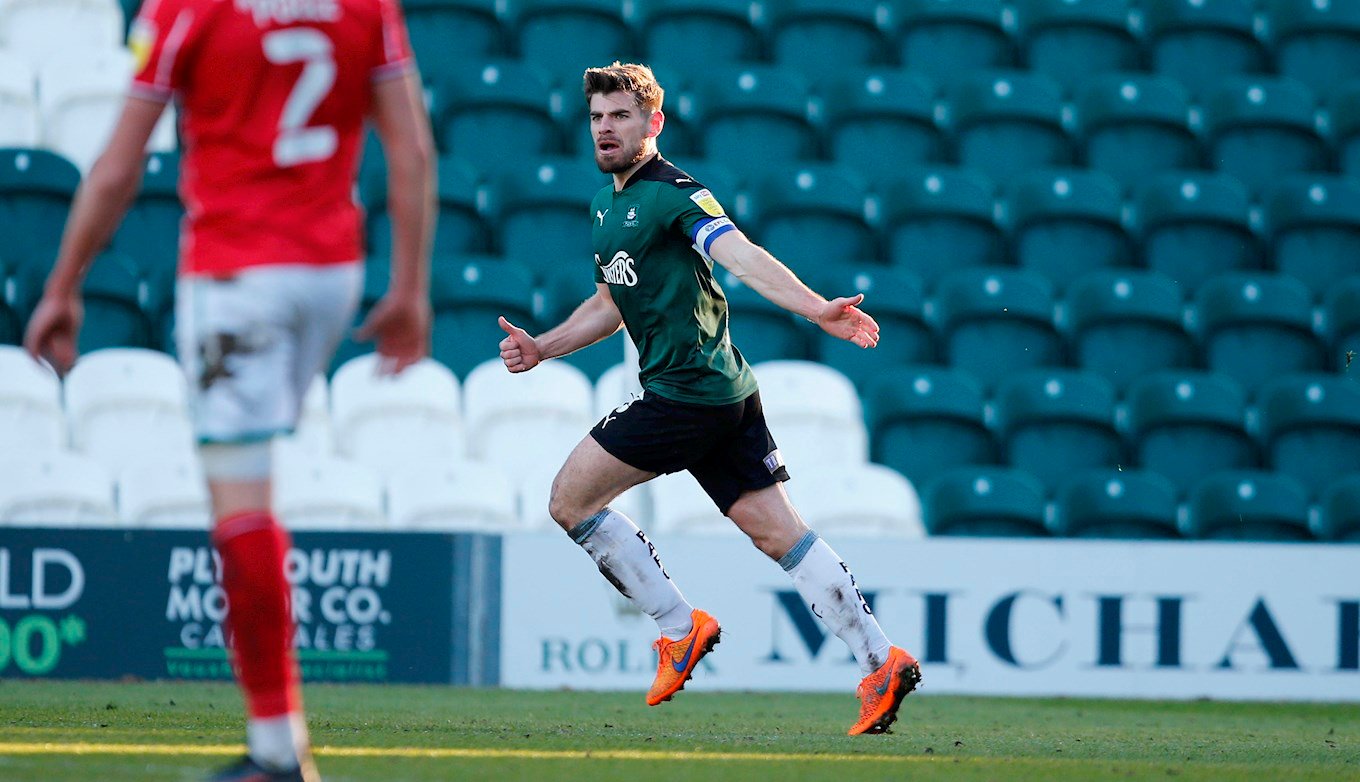 Committing his future with the Greens for a further two years, Joe Edwards reflects on the special bond he's built at the club.

Signed as Ryan Lowe’s first player for the 19/20 campaign, Edwards has put in impressive performances throughout, and has accepted a new deal to further commit himself to the club.

Joe said: “I’m delighted, I’ve built a really special bond with everyone here. It’s great news for myself and my family.”

Forming part of the squad that helped The Greens gain promotion to Sky Bet League One two seasons ago, Joe acknowledged the drastic level of change experienced throughout the first campaign back in a higher football tier.

“It’s been a tough year, on and off the pitch, but we put in some strong performances at both home and away games.”

Additional frustrations due to the pandemic have had to be dealt with, as matches took place behind closed doors and fans having to watch fixtures on iFollow, Edwards is hoping an empty Home Park will become a feature of the past for the Green Army. With 60% of season tickets being renewed from the last campaign, Joe explained his excitement of such a positive response to a difficult season.

“We’re looking forward to a bit of normality and building friendships with the boys and fans. The fans are next to none, they’re brilliant and we look forward to having them back. Part of the football club is having them here; they’re travelling all over the country with us. It’s great to hear that so many [season tickets] have been renewed already.”

As Edwards reflected on his history at the Theatre of Greens so far, he reminisced on the bitter-sweet experience on gaining promotion to Sky Bet League One in an empty Home Park.

“It was sad to not have fans here when we got promoted, as I’ve heard about unbelievable promotion days when they are here. Last year was tough, but when you see the pictures and videos of when they were here, it gets you even more excited to play in front of a packed house.”

As a second year in Sky Bet League One approaches, Joe talks about the teams’ expectations, alongside his own personal goals.

“You’re coming up against big teams, and if we can put on a good show for our fans, we’ll hopefully have a successful season.

“As for personal goals, it’ll just be pushing the team up the table and compete well against everyone. Who knows where it’ll take us!”

As the long-awaited return to the stadium for the Green Army is just around the corner and Edwards highlights their ongoing supports: “It’s fantastic to sign for the club for another two years-I love being down here, and I can’t wait to see them all soon.”

Congratulations on your new contract, Joe!