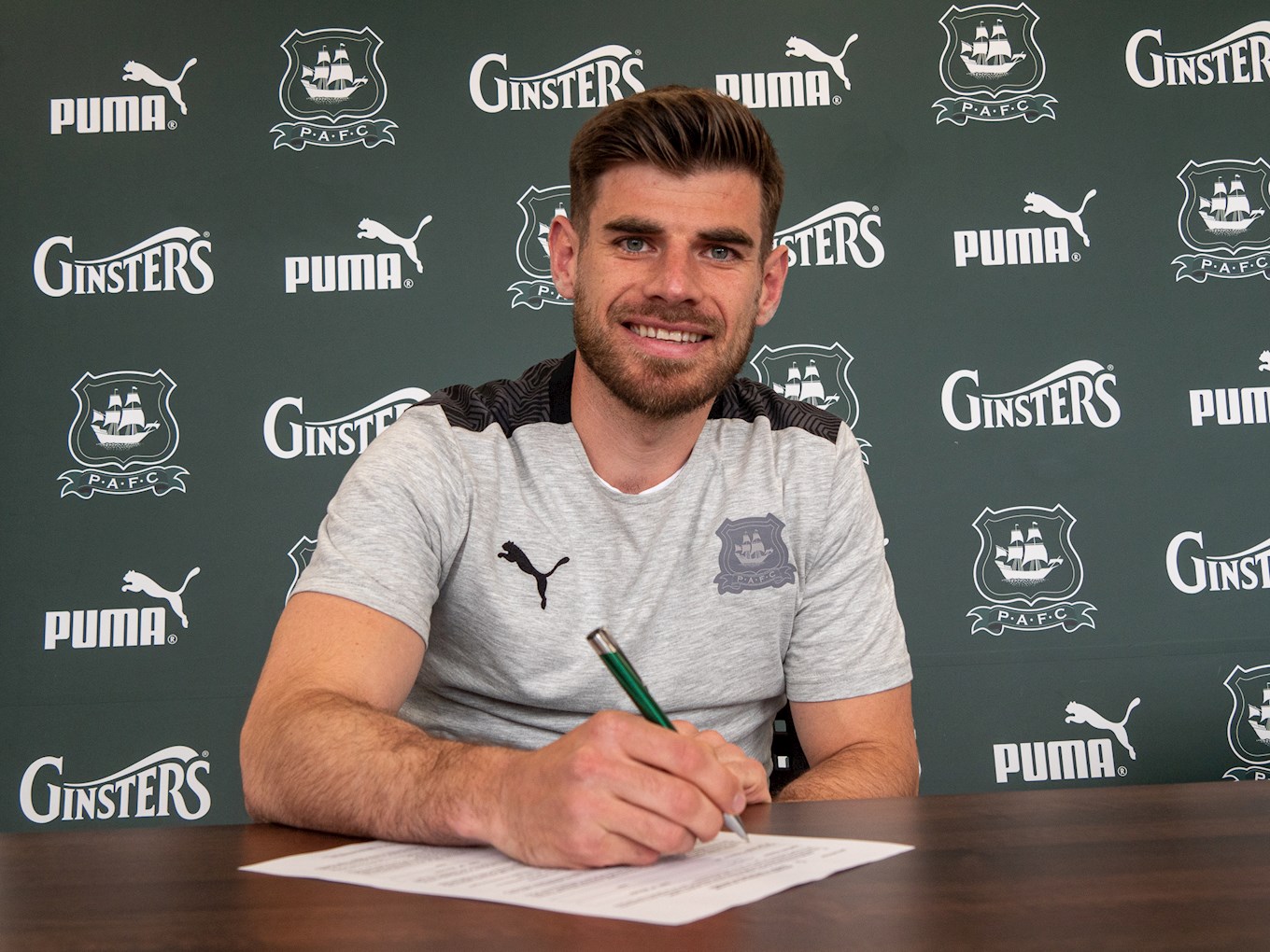 Following another impressive season, Edwards has extended his stay at Argyle until the end of the 22/23 campaign.

The versatile wing-back caught manager Ryan Lowe’s attention back in the summer of 2019 and became the club’s first signing, forming part of the successful Sky Bet League Two promotion campaign.

Edwards, 30, who was recently voted as the 20/21 Pilgrims’ player of the season becomes the second player to take up manager Ryan Lowe’s offer of a new contract.

The former Walsall, Colchester and Yeovil man will be remembered for some vital goals last season, including the last minute winner at Home Park in Argyle’s 4-3 come-from-behind win against play-off bound Lincoln City.

In total, the skipper made 48 appearances in all competitions as the Greens successfully consolidated their league one status, scoring nine goals along the way.

“I am incredibly pleased that Joe has extended his contract with us. He has been an excellent player and captain on and off the field during last season, and hope this can continue.”

PADSA have agreed to renew their sponsorship for Joe’s home shirt, likewise The Pearce Family for Joe’s away shirt.

If you are interested in sponsorship opportunities at Home Park, contact our commercial team on 01752 302204, or email commercial@pafc.co.uk.