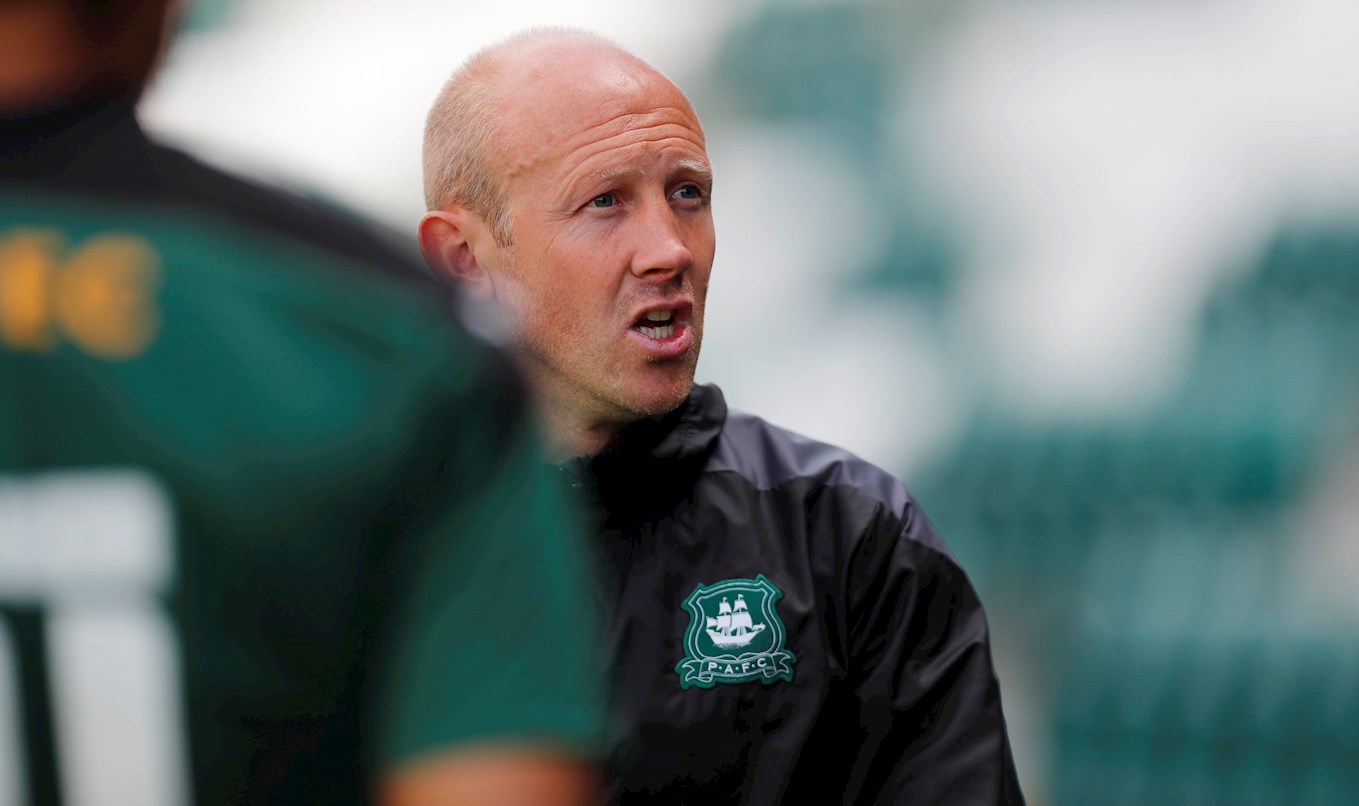 Having enjoyed a playing and coaching career that has taken in a number of high-profile successes, Academy coach Darren Way admits that leading Argyle’s under-18 side to the Merit League One title ranks highly on his list of achievements.

The Greens secured first place in the regionalised group following a 1-1 draw at Cheltenham Town on Saturday, beating Devon rivals Exeter City to the title by a point, and Way is hopeful that this taste of triumph is a watershed moment for the Pilgrims’ emerging Academy.

He said: “Having had an opportunity to go to Wembley in a play-off final and get to the Championship [whilst working as a technical coach at Yeovil Town], this is up there with the big achievements. It’s been very demanding and relentless in terms of developing the players, alongside trying to win - it’s hard to try and get a good balance.

“I think winning is an art. It’s especially difficult to win a league, whether it’s a four, eight or a 30-game period.

“If you look at other academies like Exeter and Cheltenham, they are all set up as a driving force in a winning culture. For our players to do it in one season with a shared group vision, it’s a nice feeling and even more rewarding that the players were able to experience that winning feeling.

“It’s not just the players, it’s the staff that have helped create that environment, everybody is supporting each other- all credit to everyone involved.”

Having joined the club in January 2020 after a spell as manager of Yeovil Town - a club where he became a playing legend – Way has been handed the mandate to bridge the gap between Academy and first team, with the Pilgrims' youth set-up having been completely overhauled under the guidance of Director of Football Neil Dewsnip.

While early signs have been promising, and a number of young home grown players are already making their mark in Ryan Lowe’s first team, Way admits that winning Merit League One exceeded his expectations.

He said: “I’ll be honest, I was not expecting to win the title this early on. However, it’ll be extremely exciting moving forward, especially to give the younger players the chance to know what winning feels like.

“And that’s not taking place at just under-18 level – Karl Curtis [under-16s coach] has been doing some excellent work, which is vital. His work is crucial, as there’s a significant change of intensity when reaching the under-18s, in terms of ball-speed, physical output, et cetera. It can be more detailed and demanding, so performances must be better.”

Way is hopeful that this taste of success will accelerate the culture shift occurring in the Academy at Home Park, paving the way for a winning reputation in the longer term.

“It’s a process that takes place on the training ground we’re raising the standards of self-discipline on a daily basis, and you can see the results of that through performances and running statistics.

“Whether that be the last five minutes of a game with a recovery run from a player, or a player pressing from the front to win the ball back. It means do or die tackles in your own box, or players being extremely clinical.

“They’re all aspects of the game where a process is taking place on the training ground, including the thinking time that comes after training at home on their individual performances, alongside building a relationship with the rest of the team. These are definitely factors that have contributed to their success. From starting off the journey to seeing the end results a winning environment is crucial.”

“There are so many factors that contribute to winning that need to be worked on. But with the first-team staff support sharing the same philosophy, I can really see a winning identity in the club. We’re surrounded by good people, and I feel proud to be at a club that’s being influenced by good people.”

The club-wide focus on improving the Academy was evident during the Pilgrims’ final Sky Bet League One fixture of the season at Gillingham on Sunday, where seven Academy graduates took to the Priestfield pitch throughout the course of the game, while nine were in the squad.

Way said: “Finley Craske handled the environment extremely well when playing. He truly seized that moment at Gillingham, it was a proud milestone. To see all the lads sitting behind the Gaffer in the dug-out was fantastic.

“The whole place at the minute is flooded with youth, but it takes a good, brave manager to give those players the opportunity – knowing that he is still required to get the results on the pitch. It gives youth team players from all groups the incentive to keep working hard when they know they have a manager with enough courage to pick them.

“Finley’s been at Argyle since he was nine years old, and the staff must take the credit for his success too - they’ve had a massive influence on creating an excellent individual with a great personality. I believe he fits the mould for a long-term Argyle first-team player.”

Way, who was a member of the Pilgrims’ Centre of Excellence as a junior before joining Norwich City, is excited about the future of the Academy project at Home Park, and feels he has arrived back home at the perfect moment to make his mark.

“To be back at the club at the time I’ve returned for is a nice feeling. I’ve got to put a huge emphasis on the staff welcoming me back, which was important for me. I feel very privileged and honoured to be welcomed back to the family, and we’re all motivated to keep striving to make our Academy as good as it can be.”