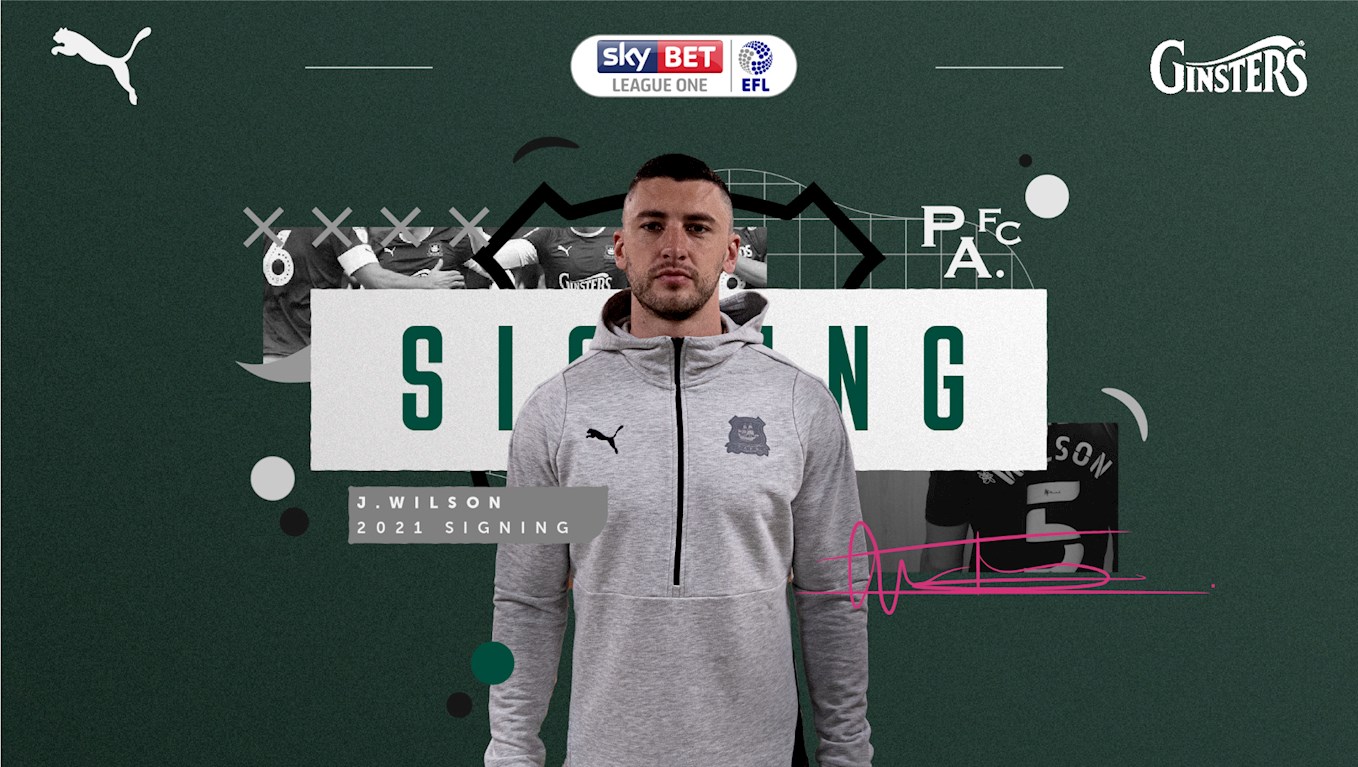 The Welsh centre-back, 32, will join Argyle upon expiry of his contract at Ipswich Town, where he won the club’s 20/21 Player of the Season award.

A calming influence at the back, Wilson began his career in the youth system at Bristol City, scoring on competitive debut in a 2-1 League Cup defeat at Crewe Alexandra, before moving on loan to Brentford, where he helped the Bees to the League Two title during a three-month loan spell.

Capped for Wales at under-19, and under-21 Wilson re-joined Brentford on loan in League One the following season, before breaking into the first team Bristol City during the 11/12 Championship season, making 21 appearances for the Ashton Gate side in the second tier that campaign.

James’ impressive development at Bristol City earned him a call-up to the Wales international side in October 2013, making his full debut in a 1-1 draw against Belgium in Brussels.

Following a loan spell at nearby Cheltenham Town, Wilson made a permanent switch to League One side Oldham Athletic in January 2014, scoring his first goal for the club in a 1-1 draw with Sheffield United three months later.

Having racked up over 100 League One appearances at Boundary Park, Wilson rejected a further contract extension in Greater Manchester to move to Sheffield United in the summer of 2016 – where he would add a League One winner’s medal to his trophy cabinet.

Finding first-team opportunities limited after the Blades’ elevation to the Championship, Wilson enjoyed a successful loan move to Walsall, before joining Lincoln City on a permanent deal in January 2018.

The defender endured a mixed stay in Lincoln, with a broken ankle limiting his first team opportunities – although he still made 16 appearances in the Imps’ League Two title-winning side, pipping Ryan Lowe and Steven Schumacher’s Bury to the title, before joining Ipswich Town.

James Wilson's home & away shirts will be sponsored by Just Acer.