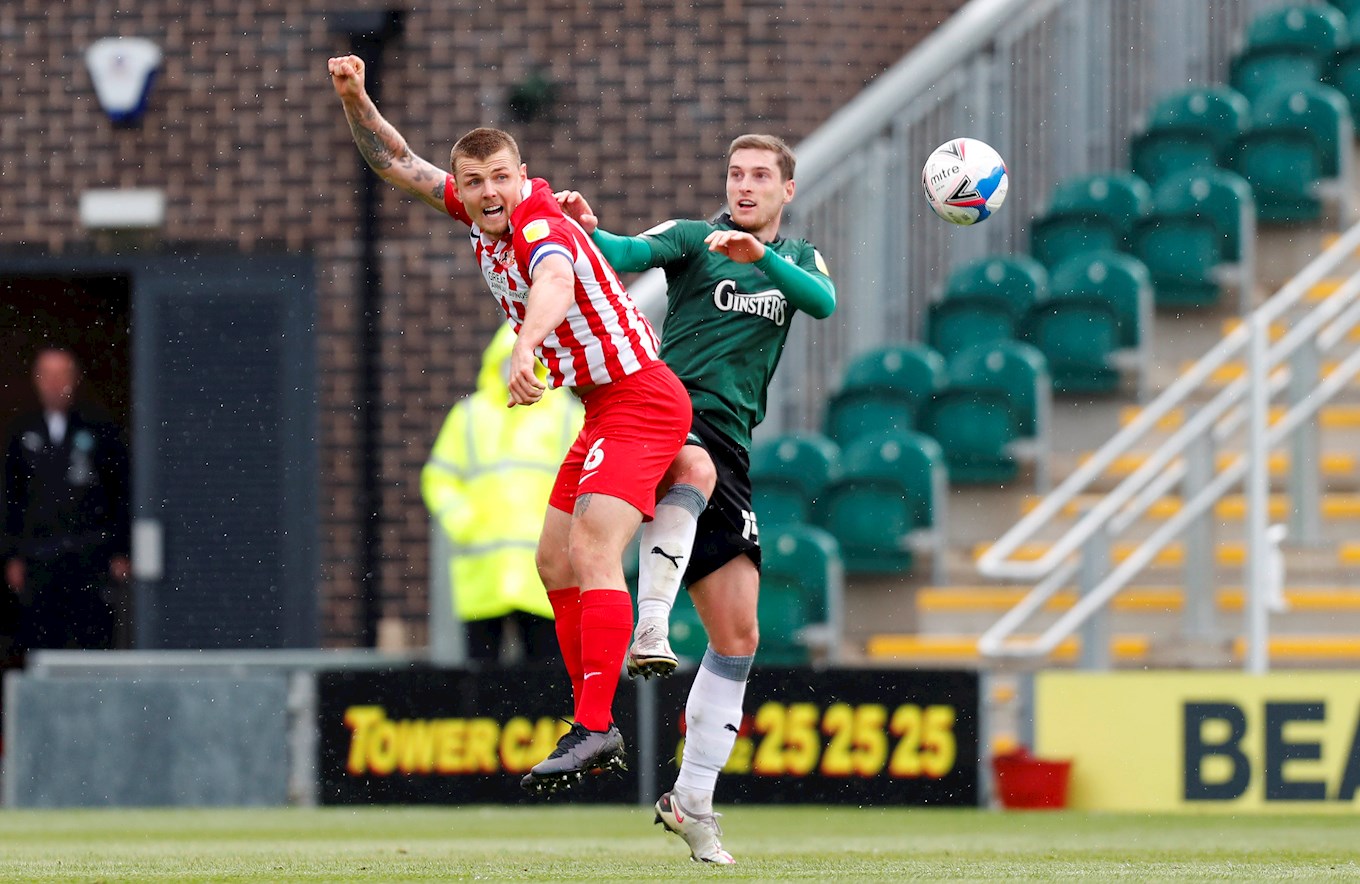 REACTION | Conor: Sending Off Killed Us

Argyle midfielder Conor Grant felt that teammate Jerome Opoku’s second half dismissal was the turning point in the Greens’ 3-1 Sky Bet League One defeat at Sunderland at Home Park.

Joe Edwards’ equaliser midway through the second half looked to have set up a grandstand finish in the Pilgrims’ final home game of the campaign, but a second yellow for Opoku moments later turned the game decisively in the Black Cats’ favour – before the visitors were awarded a penalty for an infringement right on the edge of the box.

Conor said: “I thought in spells we played well, but ultimately I think the sending off killed us a little bit. A bit of a dubious penalty decision, in my opinion - I think the contact was just outside the box from what I could see. In the end it was the third goal and the counterattack, even after we gave everything.”

“Once we went down to 10 men it was about staying in good shape, limiting their attacks and limiting their creativeness. I thought we did that quite well, and then you’re undone by the penalty decision, it upsets you. It’s kind of summed our season up.”

Despite securing their pre-season objective of retaining their Sky Bet League One status, the defeat to promotion-chasing Sunderland extends a run of disappointing results for Argyle, and Conor admitted that the Home Park dressing room is full of frustration.

He said: “Again, there’s a lot of frustration, we got ourselves back in a decent position at 1-1 and the result went against us again. We’re so hit and miss at the minute, and obviously we’re frustrated for the fans because they expect more.”

On a personal level for Conor, his impressive performances haven’t gone unnoticed by the fans. His masterful strike at Milton Keynes in March was awarded the division’s Goal of the Month, and the Liverpudlian midfielder came third in the Pilgrims’ Player of the Season vote.

“It’s all about playing as many games as I can, trying to contribute and show what I can do, which I feel I’ve done this season, and I have to continue that.”

Upon returning from a groin injury, the Greens' no.15 notched another assist, hanging up a far-post cross for Edwards to nod home.

Conor said: “I’ll always try and put [the ball] in dangerous areas for strikers and wing-backs to try to attack it, thankfully Joe was there, and I’ll take the assist.”