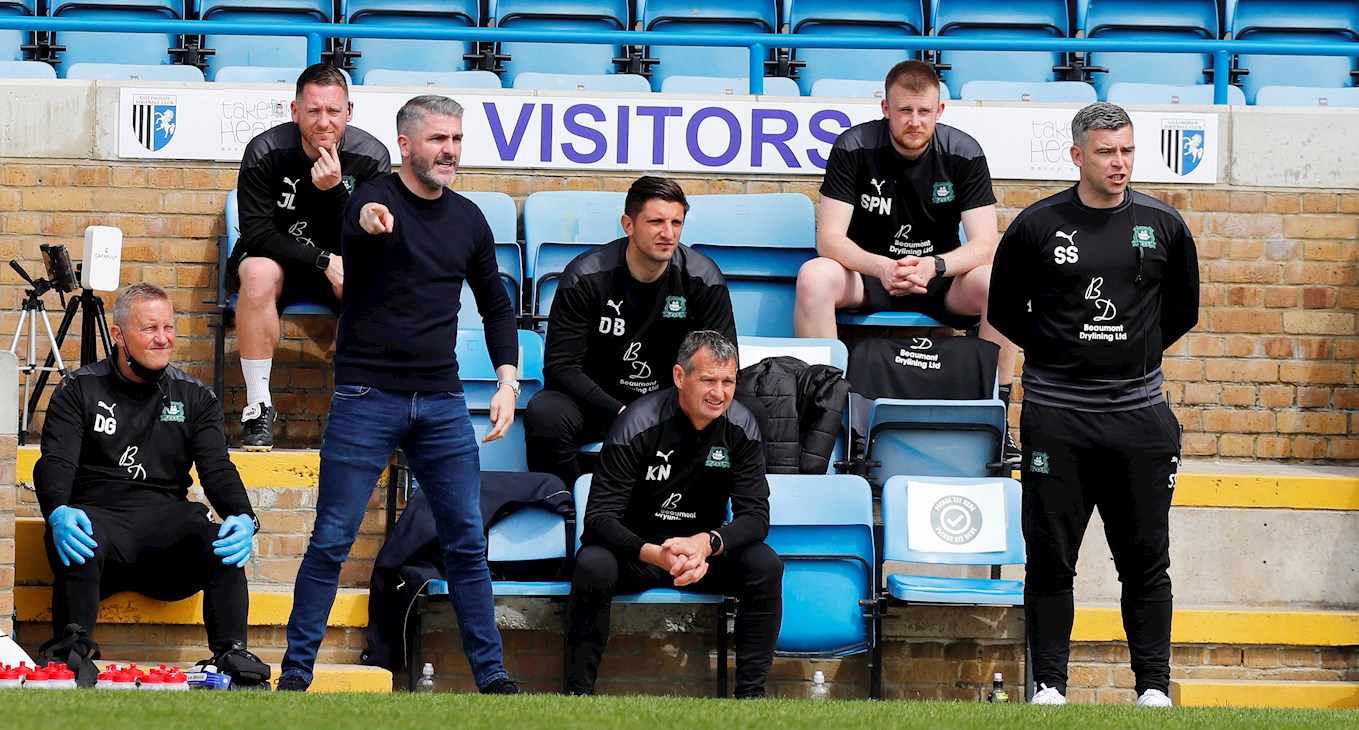 Argyle manager Ryan Lowe felt his side were unfortunate not to come away with a positive result in their Sky Bet League One season finale at Gillingham on Sunday.

The Greens slipped to a narrow 1-0 defeat at MEMS Priestfield Stadium, with Vadaine Oliver’s headed goal on 28 minutes the difference.

“There were some good spells. We didn’t track a man for their first goal, which was disappointing, but I thought our lads dealt with [Gillingham’s] physical presence quite well.

“We had the youth team lads to give them some minutes. We knew what the game was going to be, it was a test for a lot of them lads. I thought Ollie Tomlinson was different class, Lawsy [Ryan Law], again, and we got Finley Craske on the pitch as well.”

With the season now complete, Lowe admits that he and his staff will be busy in the transfer market this summer, making the changes required to build on this season’s 18th-placed finish.

Lowe said: “People will move on, people will stay. They all know now; they’ve all had their discussions.

“They’ve tried all season. Not one day throughout the season have any of my players, especially in training, not given their all. We’ve had some ups and downs, but I’ve said the challenge next season is to get better again, and that’s certainly what it’ll be.

“We thank [the players] for all their hard work and their efforts but for me to take Plymouth Argyle to the next level, we need people who can do their jobs. We know where we’re at, we know what we’ve got to spend, we’ll go and spend it wisely.

“It’ll be a busy six weeks from now until we’re back in pre-season bringing in a group of players, forming a squad that we feel is capable of being in a higher position in the league. Next season is going to be massive for us. We’ll make sure we recruit the right people to wear the Argyle badge with pride because that is what I want next season.”

Lowe has made no secret that he has not enjoyed the experience of playing football behind closed doors, and he is excited about the prospect of the Green Army returning to the stands for the Pilgrims’ next competitive game.

He said: “We need the fans, we want them, we’ve missed them. Fair play to a lot of football clubs up and down the country because they’ve kept going. We’ve been through a terrible pandemic and football has survived and football clubs are hopefully still surviving as well, and long may that continue.”