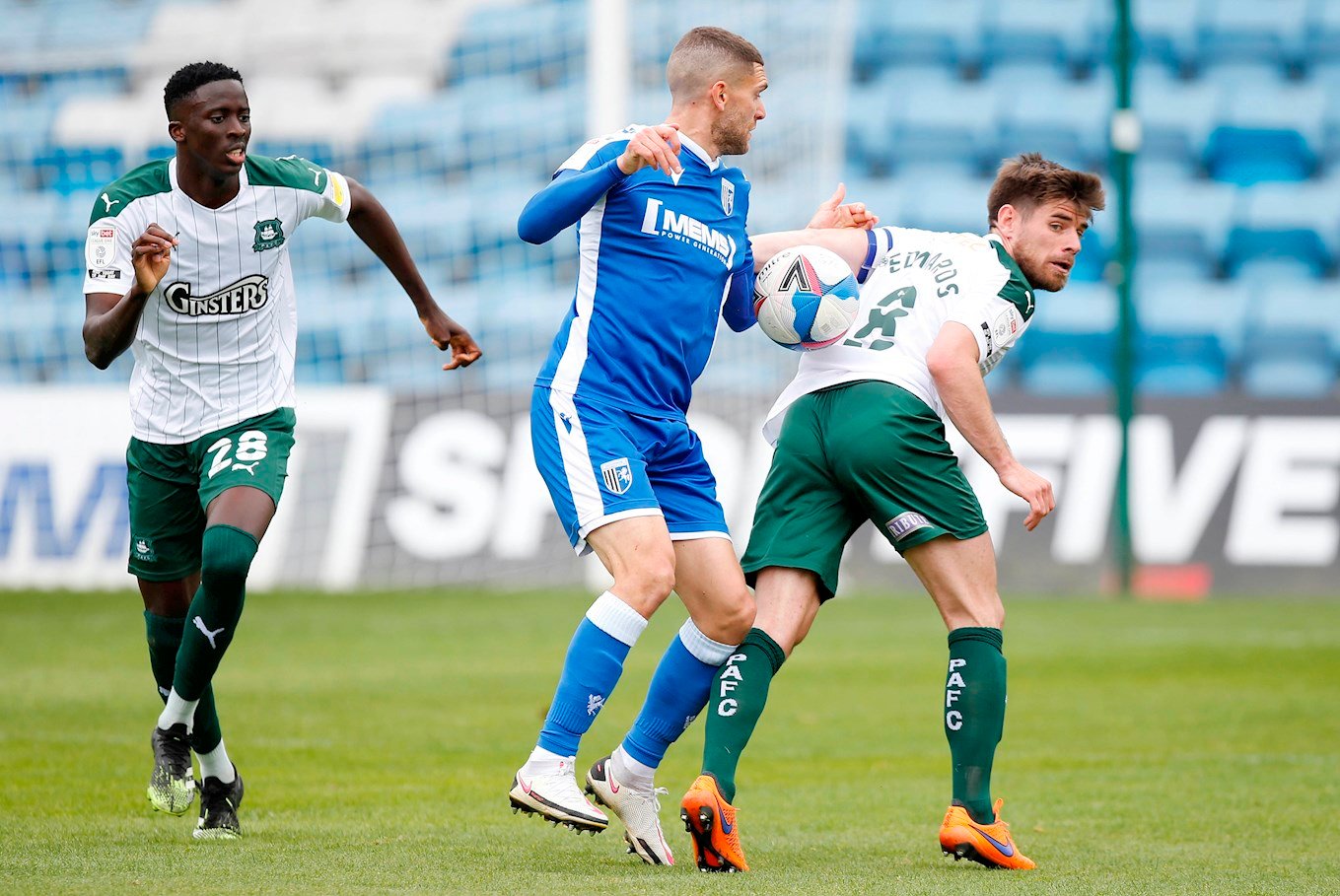 Argyle captain Joe Edwards admitted that the worrying injury sustained by Kelland Watts in the opening stages of the 1-0 defeat at Gillingham put football into perspective.

The Newcastle United loanee was sent to hospital for assessment following an aerial clash with Gills goalscorer Vadaine Oliver in the early stages at MEMS Priestfield Stadium, but has thankfully been given the all clear.

Joe said: “It’s not a nice situation when you see your teammate lying on the floor like that. We hope he’s okay, we’re hearing positive things from the hospital – our main focus is that he’s okay and he recovers fully.

“It’s a tough situation, you realise that footy’s insignificant when things like that happen. I thought we dealt with it really well. We had a young team starting anyway, and you look on the bench and it’s even younger. We didn’t have a lot of options, Tyrese filled in brilliantly, and Ollie next to him was fantastic.”

The early loss of Watts compounded an already challenging defensive situation, with Sam Woods and Will Aimson already sidelined through injury, while Jerome Opoku was suspended for the trip to Kent. With 18-year-old Ollie Tomlinson, a full league debutant, already occupying one centre-back position, Tyrese Fornah was required to drop back to join the back line.

Edwards said: “I said to Ollie ‘you’re now the main man in centre-half’, and he was fantastic. I thought he was brilliant the whole game and dealt with their threat really well – it was probably a nice challenge for him.”

The defeat draws the Pilgrims’ maiden season back in Sky Bet League One to a disappointing close, but Edwards feels the team can still be satisfied with their season overall.

He said: “We stayed in League One, which is the goal, and what we set out to achieve. We wanted to do better than we did. You have to look and reflect, we now have the summer to do so.

“There were ups and downs, probably more so in this season than any other with the challenges that we’ve faced, but there’s always stuff you can do better. At the end of the day, we stayed in this league. We’ve had a lot of young lads coming through from the Academy which is fantastic.

“We’re still learning, we’ve been a learning group the whole year. It’s one of them, you always want to do better, and we’ll work on that.”

A truncated fixture schedule, coupled with no supporters inside grounds, has been a challenging experience, and Joe admits he is ready for a few weeks of recovery.

He said: “It has been a very intense few months, so it’ll be nice to just come away and relax a little bit, as much as you can relax with twins at home! It will be fantastic to spend some time with the family and come back fresh and raring to go.”