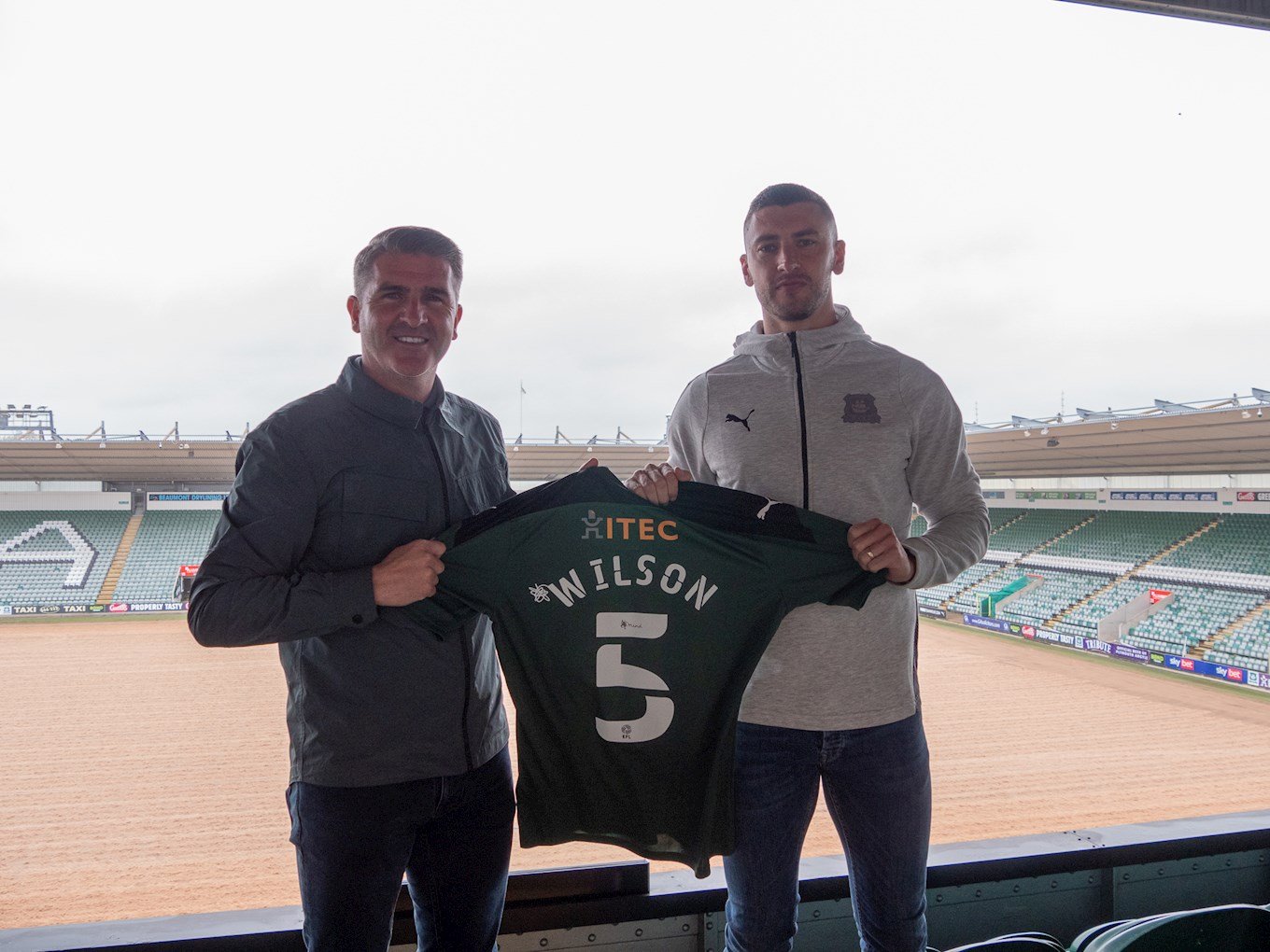 Argyle manager Ryan Lowe is delighted to capture his first-choice target as James Wilson put pen to paper on a two-year deal with the Greens.

Wilson was released by Ipswich Town at the end of the 2020/21 season, having made 40 league appearances for the Tractor Boys across two seasons. The 32-year-old was also named ‘Player of the Year’ in their top 10 finish of the 2020/21 campaign.

Lowe said: “He was our first target, our first-choice target if you like, in that back line. I’ve been monitoring James for some time now.

“We knew in January that his contract was coming to an end [so] I’m pleased to have him. He’s a leader, he’s a good footballer, he’s fast [and] he’s been part of a defence at Ipswich that has only conceded seven goals from set pieces.

“He’s one of many that we want to bring through the door who’s had that pedigree of winning promotions. He’s the grand old age of 32 but he hasn’t played 500 games, he’s at the 260-270 mark, which is good for us because he hasn’t had a lot of minutes in his legs but he’s a real leader and I’m really pleased to have him on board.”

Wilson was Argyle’s first new signing as they head towards to new season, following two Pilgrims, Joe Edwards and Ollie Tomlinson, committing their future further with the club.

The Argyle captain, Edwards, penned a two-year deal following playing a big part in the Greens’ return to League One, whilst academy-graduate Tomlinson proved he was worthy of a professional contract with his stand-out performances in the final two games of last season.

Lowe said: “Ollie is a youngster [and] he did fantastic in the last couple of games. The results weren’t great, but in terms of him personally, and coming through the ranks as a schoolboy at Plymouth Argyle, he’s got a big future ahead.

“The captain, who’s ironically a good friend of James Wilson, signed his long-term contract in terms of two years. He’s been fantastic on and off the pitch this season, and he deserved the two-year contract. The fans were absolutely made up with the signing, and so was I. The minute we spoke with his agent, there was only one place he wanted to sign, and that was Plymouth Argyle.”

Lowe admitted that a second academy graduate, Ryan Law, will be signing his new contract at some stage next week. Meanwhile, decisions from Argyle’s two key midfielders from last season, Danny Mayor and Conor Grant, are in discussion.

He said: “The contract offers have gone out. We’ve spoken to Lawsy and he will be done next week, he’s committed.

“I am speaking with Danny tomorrow, and then I will speak to Conor probably on Monday. They know what we’re about, we don’t have to sell anything to these players. [They] have all won promotion with us from League Two, they know what I’m about as a manager, they know what the football club’s about now, so we won’t put pressure on them. We’ll give them a little bit of time, and then we will sit down and discuss some further things."