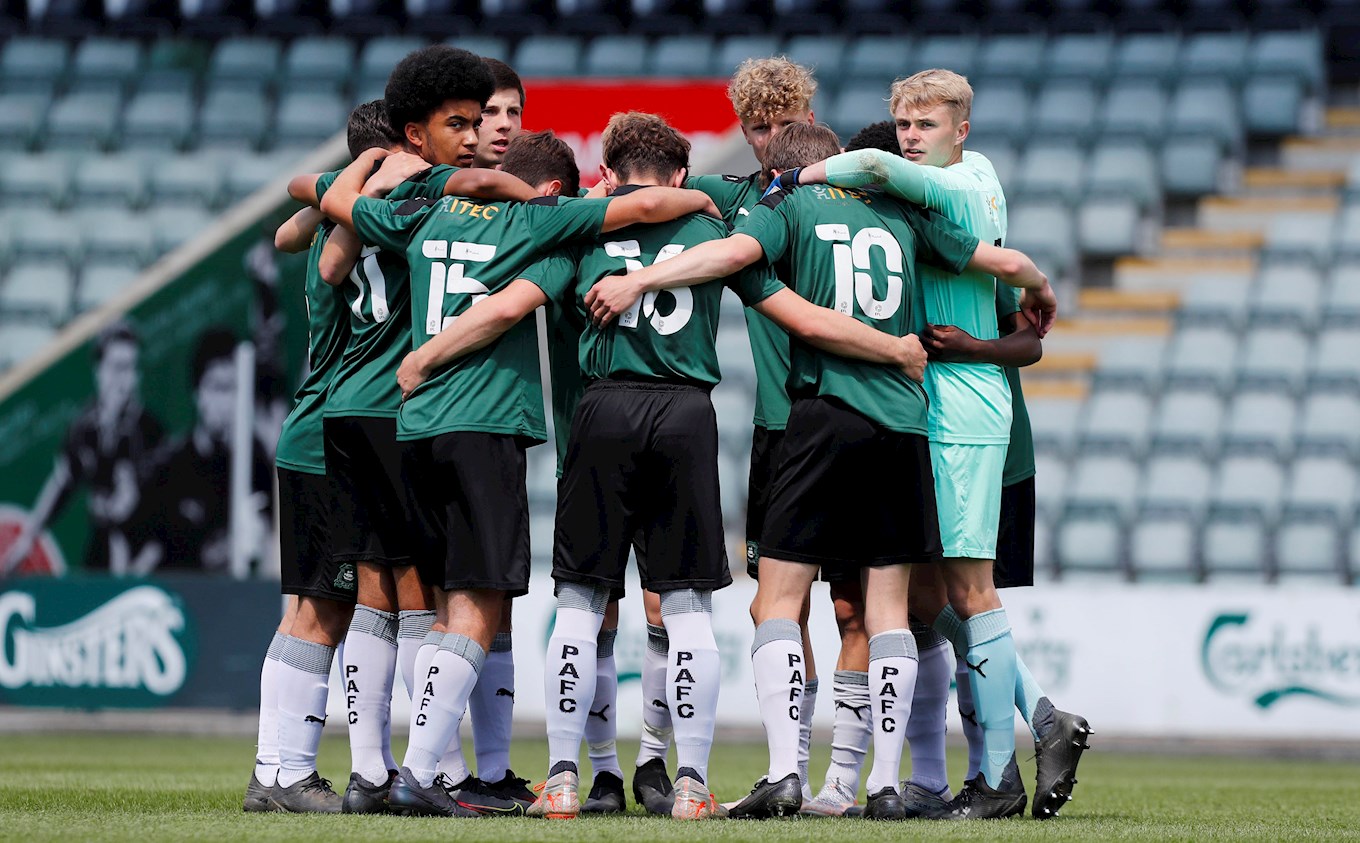 On Saturday afternoon at Cheltenham Town, the Pilgrims' under-18 side secured the point required to clinch the EFL Youth Alliance Merit League One title.

Having entered the final round of fixtures top of the table on goal difference, Darren Way’s under-18 side needed only to match Devon rivals Exeter City’s result. The Grecians fell to defeat against Forest Green Rovers, ensuring that the Pilgrims sit a solitary point clear at the top of the table – underlining the impressive strides made in the Academy set-up in recent times.

Way was understandably delighted with the achievement of his young squad, saying: "We're extremely proud of the players who, in a short period of time, have put in some outstanding performances and fully deserved to enjoy that winning feeling."

The youngsters started strongly, and a 20th-minute lead was no more than their performance merited.

Brandon Pursall's in-swinging corner was helped on by Angel Waruih, for central defender Ethan Mitchell to thunder his header into the home goal.

16 minutes later, the Robins drew level with a glorious strike from the edge of the box that gave Argyle goalkeeper Tyler Coombes no chance whatsoever.

Argyle proceeded to boss the rest of the match but lacked the clinical edge in the final third to take advantage of the many chances they created. In the end, it did not matter, as Cheltenham rarely threatened to add to their spectacular first-half equaliser.