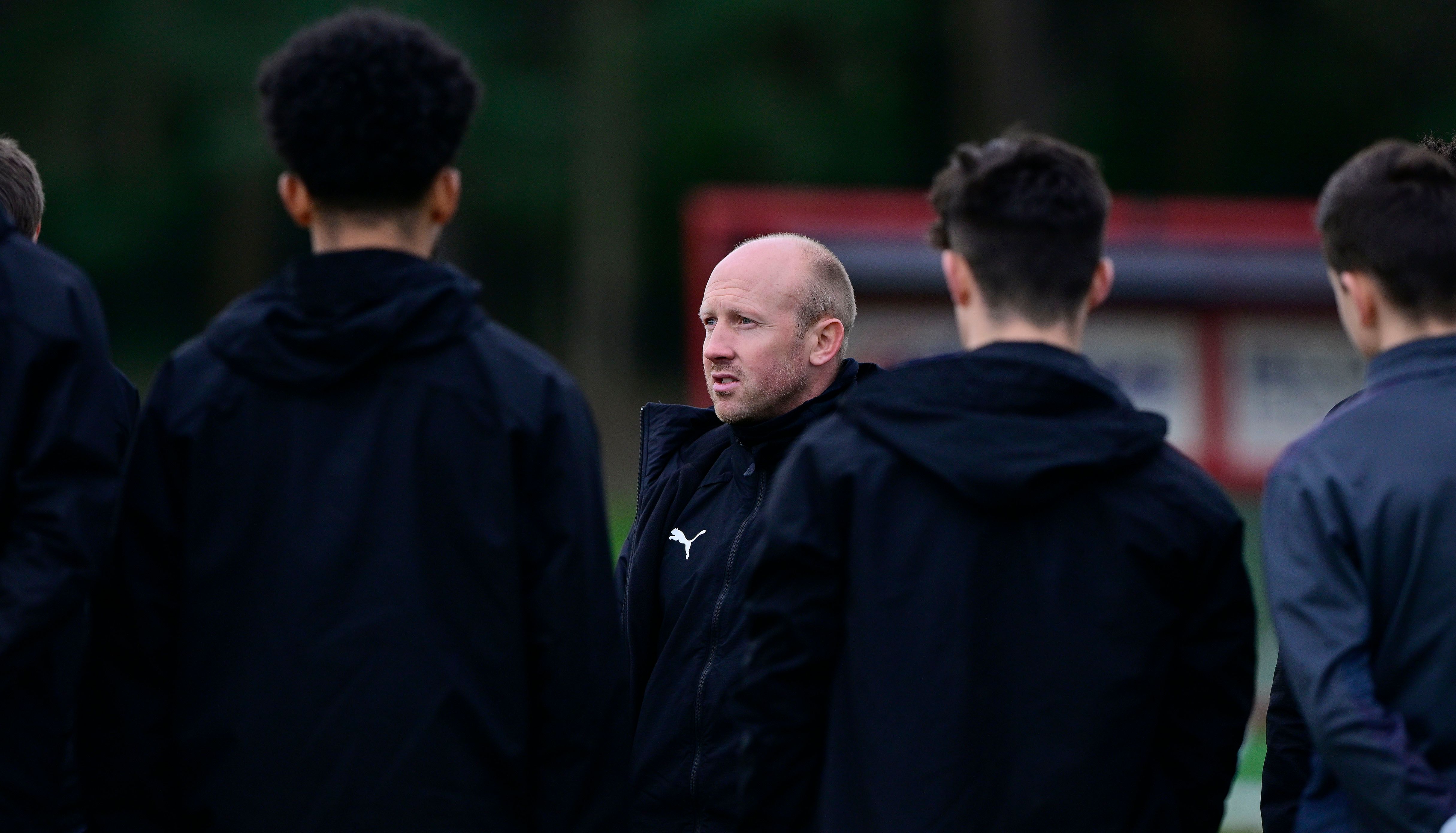 It’s been a brilliant season for the Academy, and this Thursday’s home game to south coast rivals AFC Bournemouth under-18s will provide a chance to further stretch the Greens’ lead at the top of the Merit League One table to four points.

A win against the Cherries would mean only one more win or two draws would be required to guarantee the title, with both games at home against Portsmouth and Oxford United.

Darren’s side, however, has not lost to Bournemouth this season and beat them at home in a 2-1 display all the way back in at the start of the season, in September.

Despite a Youth Alliance league title, Bournemouth have struggled in Merit League One, picking up one victory in five attempts.

“I think one or two of their stronger players have gone out on loan, so they’ve inherited a younger group”, Darren said.

“We’ve done exactly the same, but I feel we’ve dealt with the physicality that the league demands.”

Argyle’s form has gone from strength to strength, encapsulated last week in their final away game of the season against Stevenage.

Oscar Massey’s first-half goal was enough to bring three points back to Home Park and continue their unbeaten start.

The form must be kept up if the young Greens are to secure the title and training this week has seen a few younger faces, as they look to help Argyle get the title over the line, “One thing in terms of preparation is we’ve had the under-16s and the 15s training with us which is always good when the players are off school.

“Another thing I’ve noticed about the team is they care about each other which is why I think some of the results have been in our favour.”

“Some of the things that we’ve put into practice, they’re managing to put into place, and they all look as if they’re enjoying their football which can be difficult with the uncertainties they have to deal with at this time of the year.

Darren finished by explaining more about the importance of communication throughout the whole Academy, “We have to be joined up as coaches.

“All of us as coaches are striving to make sure we develop our own players and that we develop good people as well because that’s really important to us.”