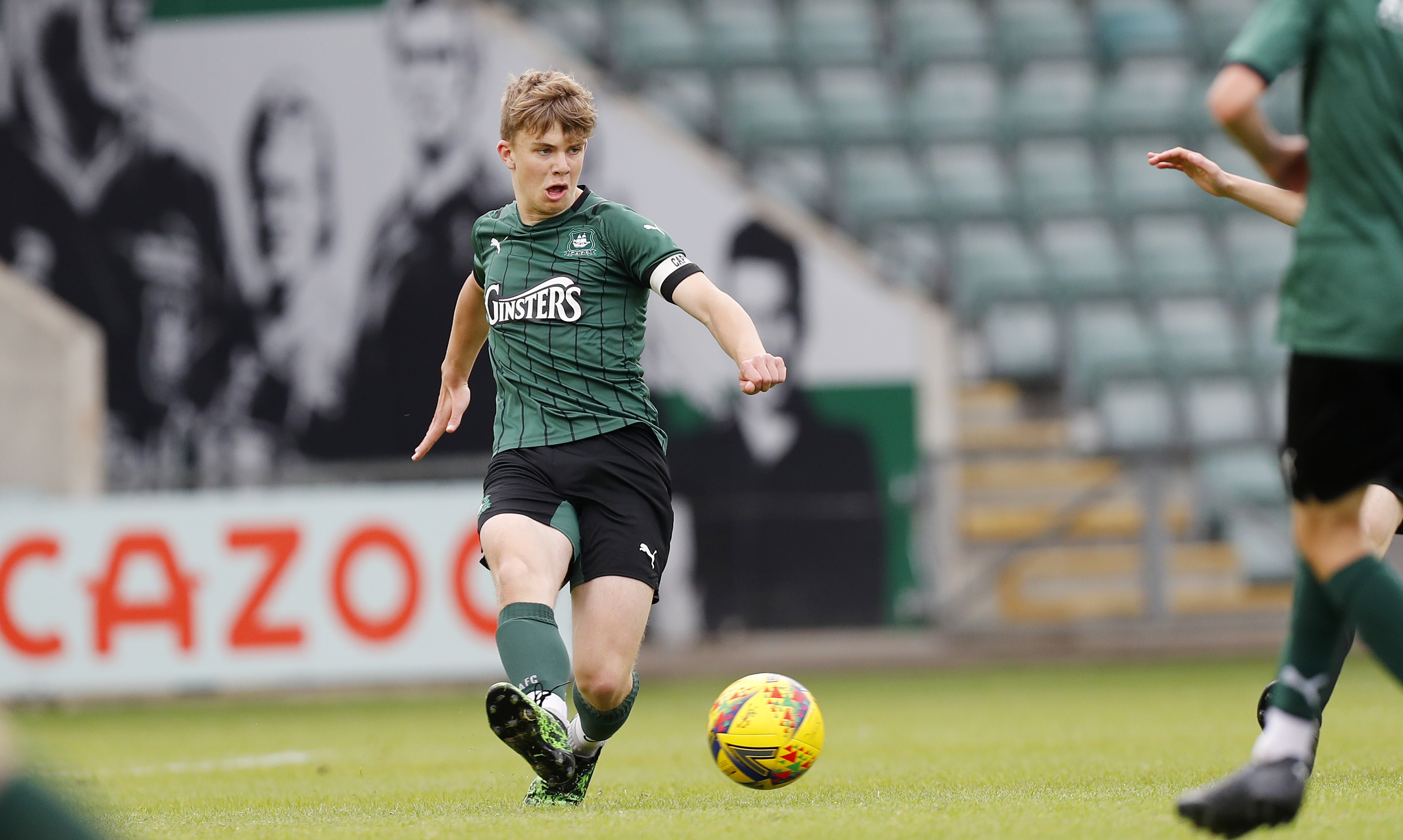 On Sunday, Home Park played host to a 12-hour feast of football for the second annual Academy Day.

Players from under-7s to under-15s took to the hallowed turf in an action-packed day aimed to celebrate the efforts of players, staff, parents and families throughout the season.

Nine matches were played across the day which saw Argyle sides up against a number of local grassroots teams from across the region.

The day was a celebration of the Academy and was an opportunity for players, of all ages, to experience what is like to play inside a football league stadium.

Academy Manager Phil Stokes was delighted with how the day went and outlined why such events are so important.

He said, “It was a wonderful day with a lot of exciting attacking football played. There were lots of goals and lots of smiles.

“The Academy Day is there to give the players the chance to play at a massive stadium like Home Park, something that you can’t put a price on.

“It’s great fun but it is also a vital part of a young player’s development. We want these players to go on and make a career in the game and even at a young age, if they can experience what it is like to play at a place like this, they won’t be overawed in the future.”

The day began at 9am where the youngest age groups took to the turf.

Two seven-a-side games were played by the under-7s and under-8s.

Each age group had a two-hour window in which they were front and centre and able to show off their skills.

Family, friends and a few high-profile figures were in the stands, enjoying the action.

“It was great to have them here to show their support for the Academy but also for the youngsters to see that first team staff are interested in watching them play.

“To have parents and other family members in this year was also a big positive because last year the day was played behind closed doors.

“There was a lot of noise, music played and just a really great atmosphere, which is exactly what we were after.”

As the day went on, the games kept on coming.

The last two games, involving the under-14s and the under-15s, were played under the lights as night drew in and Phil said that it added to the whole experience.

“We want the players to be prepared for playing big games at Home Park.

“In a couple of years some of these players might be playing in an FA Youth Cup game here, we don’t want that to be their first taste of playing in an environment like this.

“It’s a day that everyone in the Academy looks forward to and it just shows the great work that is going on at Argyle.”

With the success of the last couple of Academy Days, it is something that will be in the club’s calendar going forward.

And who knows, some of these players may be pulling on the Green of Argyle in front of a packed-out Home Park in years to come, just like their heroes.