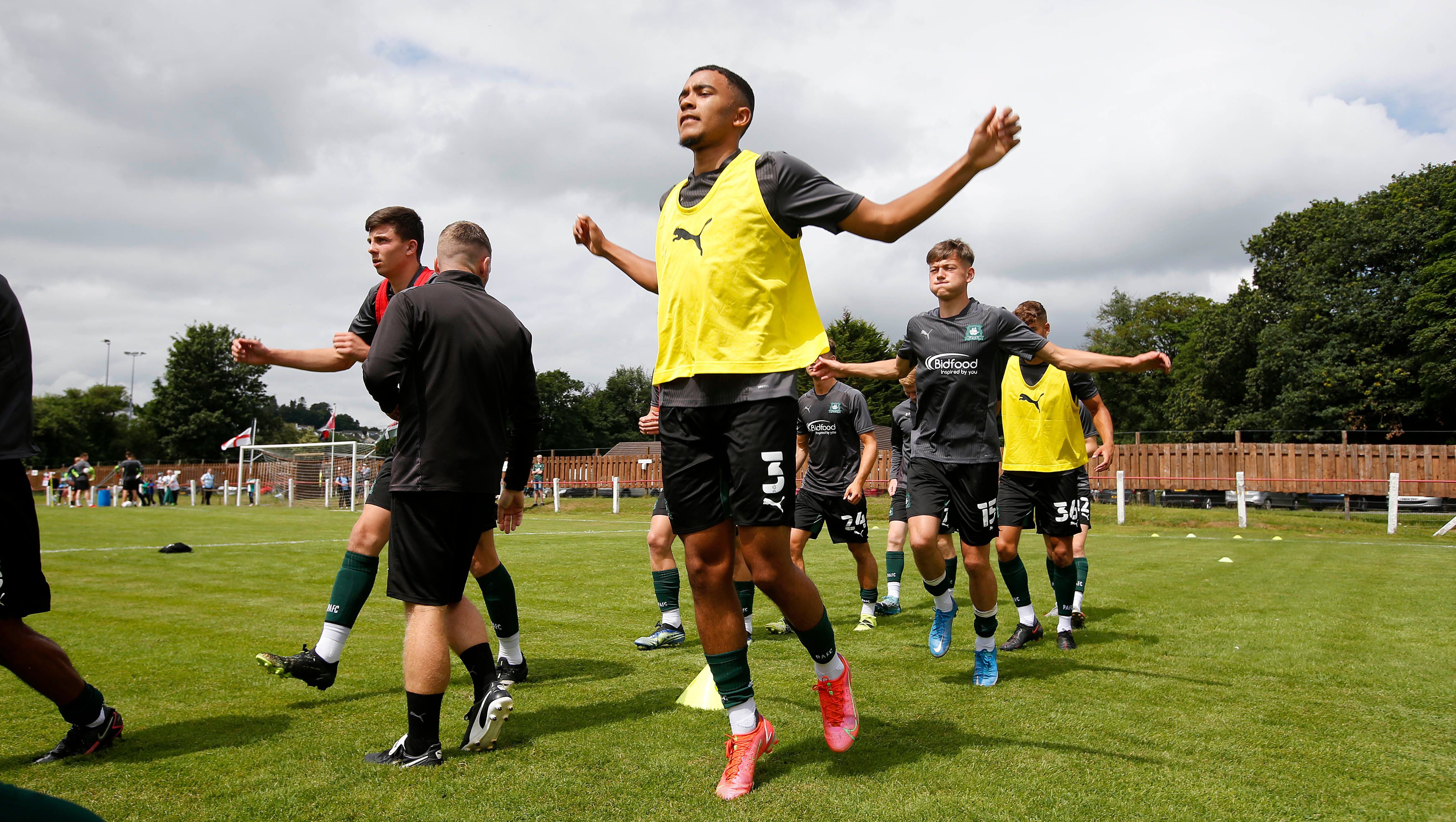 Argyle’s youngsters play their first game in almost a month on Saturday, when they take on Cheltenham Town under-18s in the EFL Youth Alliance League.

Darren Way’s side haven’t played since their EFL Youth Alliance Cup loss to Exeter City on penalties at the end of September and are looking to pick up from where they left off in the league.

Wins over Newport County AFC and AFC Bournemouth has them sixth in the table with just one defeat all season.

Speaking ahead of the game Darren Way said, “The lads are excited to play, and we need to continue with the progress we have had over the last couple of matches.

“We haven’t played for a period of time, and we have two games in quick succession in Cheltenham and the FA Youth Cup coming up.

“We have to make sure we are prepared well.”

In their last league game, Oscar Halls and Will Jenkins-Davies grabbed the goals, as the Greens saw off a Bournemouth side who were previously unbeaten.

The second goal from Jenkins-Davies was a spectacular free kick which ended up being voted the LFE Online Goal of the Month for September.

In fact, as well as picking up impressive results, the young Pilgrims have a bit of a knack of scoring impressive goals.

Jenkins-Davies’ strike was the third time in succession an Argyle player has won the goal of the month award with Jeff Forkuo and Jamal Salawu also coming out on top.

Way believes that the confidence the players have, is helping both their goalscoring abilities and their performances.

He said, “It shows the quality we have in the camp, we are playing well and the lads are always looking for ways to improve.

“We have been very good in the preparation and the build-up for matches both physically and mentally.

“For example, this week we watched the first team play and the lads are inspired to want to be there.

“Just look at Tuesday, 13000 fans watching you play football, they have to aspire to be able to be in that position one day.”

Having had a break of a few weeks without a game, Darren’s side will now play twice in four days when they take on Mangotsfield United in the FA Youth Cup at Home Park next Tuesday.

Playing at Home Park and the opportunity of progressing to the next round of the cup could be a distraction for some of the players, but Darren is keen to stress that the match with Cheltenham on Saturday is more important.

He said, “The biggest thing is that the lads are focussed on Saturday rather than next Tuesday, we need to get past Cheltenham first.

“The Cheltenham game for me is as important, the players need to be switched on for that. We need to make sure that we are amongst the top three at the end of the season and that was out target at the start.

We think we are good enough for that now and the lads have proven that in the results against Oxford and Bournemouth.”

Tickets for the tie with Mangotsfield United can be bought from the Home Park Ticket Office, with blocks 9-12 open in the Lyndhurst Road Stand.

The clash with Cheltenham kicks off at 11am on Saturday morning and you can follow all of the action on the Academy Twitter page, @PAFCAcademy.