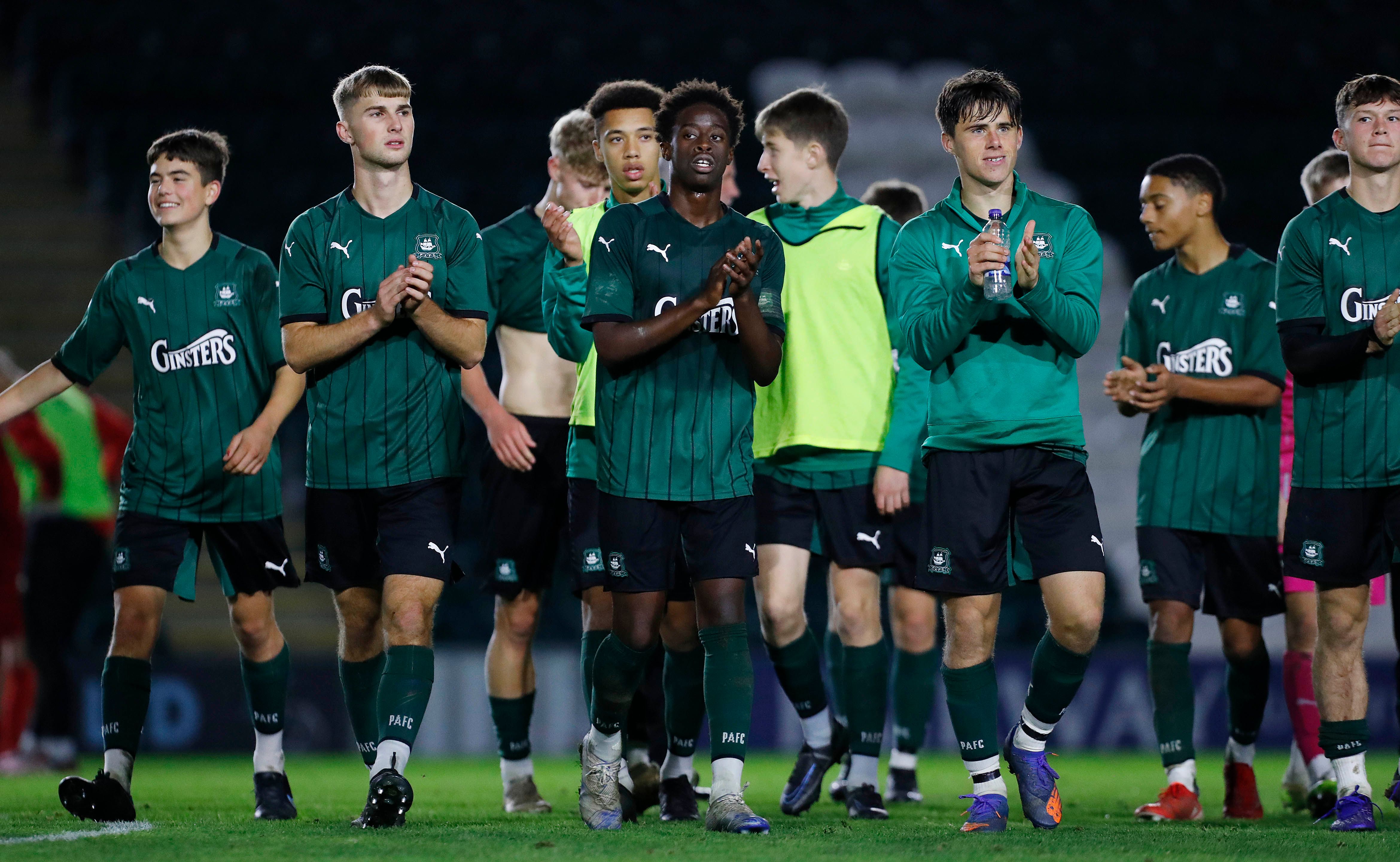 Argyle Academy take on Brighton and Hove Albion under-18s in the third round of the FA Youth Cup on Friday night.

The young Greens have already seen off Mangotsfield United and Milton Keynes Dons so far, but it will be a different test against a Category One Academy.

Going into the game at Home Park, Darren Way’s side are unbeaten in their last four matches and have only lost once in their last 10 games in all competitions.

Saturday’s comeback draw in South Wales against Newport County AFC under-18s backed up the 3-1 win over MK Dons last month, continuing the fine run of form the Academy side are on.

“There has been a real good buzz around the training ground, all of the players are excited,” Way said ahead of the game.

“So far, the players have been showing no fear, they are oozing with confidence and there has been a real good feel about the place.”

Friday’s game will be the first time since 2017 that the Academy have played at this stage of the competition.

That particular season, the young Greens incredibly saw off Manchester City and Burnley on their run to the fifth round, before eventually being knocked out by Fulham.

That side included the likes of Mike Cooper, Luke Jephcott and Ryan Law and the current crop of players are hoping to take some inspiration from that side.

Will Jenkins-Davies who has three goals in his last four outings is hoping that the class of 2021 can reproduce such form.

Speaking ahead of the game he said, “It doesn’t get much better, Friday night under the lights against Category One opposition.

“All of the boys are really looking forward to it, really focused and there has been a real drive in training this week.

“To a certain extent you have to realise it is a different game to the Saturday morning Youth Alliance league matches, but then again it is just a game of football, and you have to perform the same as you do every other week.

“We’re all looking forward to it massively, there is a great buzz about us where we all feel we can win and want to put Brighton to the sword.”

If they are to put Brighton to the sword as Will says, they will have to put in one of the best performances of the season.

Brighton currently sit eighth in the under-18 Premier League South with four wins from their 10 games played.

They are the fourth highest scorers in the league with 25 goals – only Chelsea, Southampton and Aston Villa have scored more than the Seagulls.

Coming into the game the visitors are on a run of three straight defeats, losing to Southampton, Tottenham Hotspur and Chelsea.

They have however, scored in each of their last eight league matches and have England under-18 striker Zak Emmerson leading the line for them.

Darren knows that it will be one of the toughest tests his side have faced this season but is hoping they are up to the task.

He said, “The players are a close-knit group and they have been doing really well in their development.

“I think the biggest thing you notice with teams like Brighton is that they can all deal with the pressure.

“In tight situations they can look after the ball and we have to make sure defend with detail and make sure that every single player is talking to each other.”

Tickets for the game which kicks off at 7pm on Friday are still available and can be bought online at www.argyletickets.com or over the phone by calling the Home Park Ticket Office on 01752907700 for more information.

If you cannot make it to Home Park, you will be able to follow all of the action on Twitter by following @PAFCAcademy.