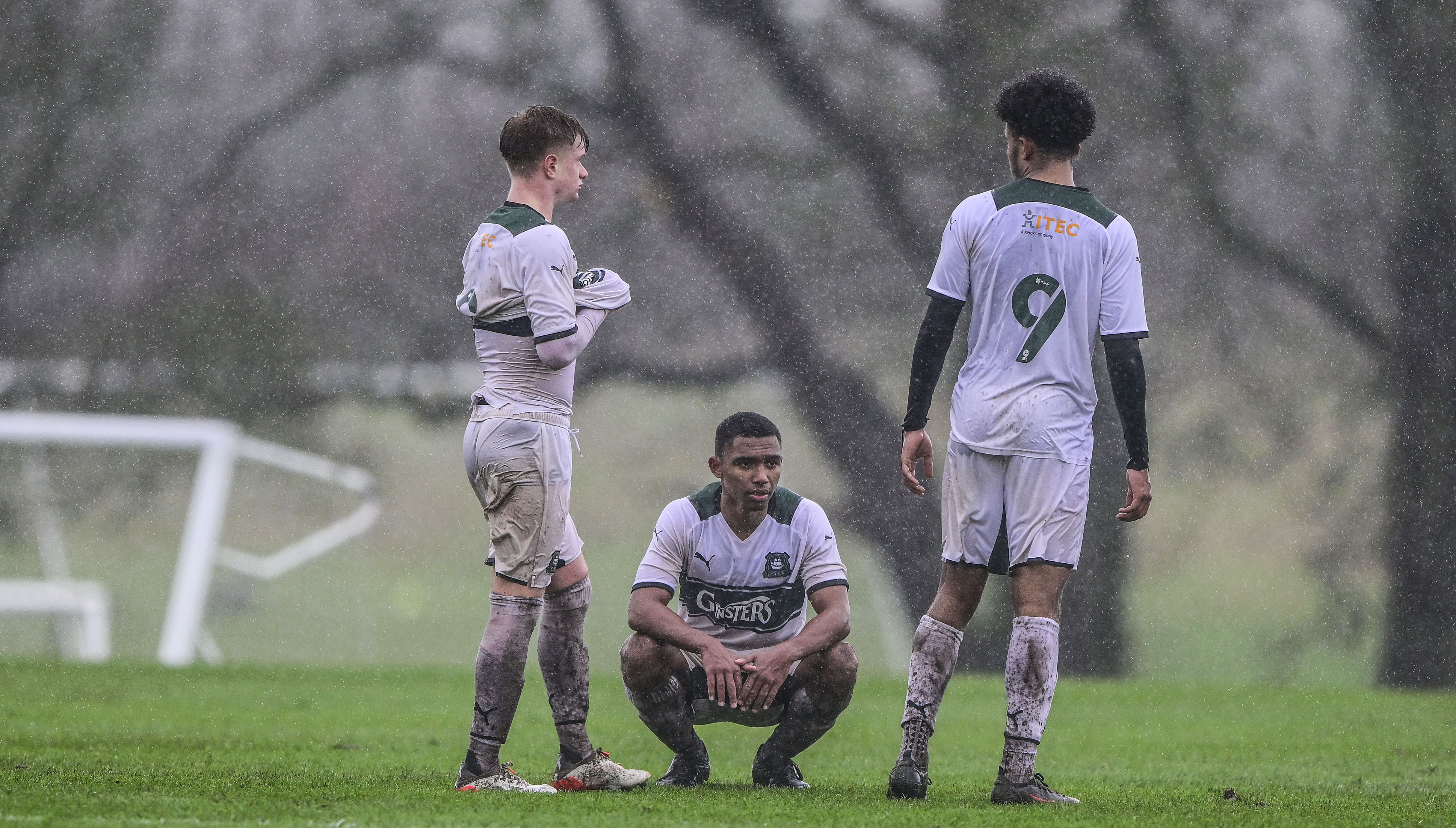 Academy narrowly miss out on title

Argyle had led through an early Oscar Massey strike but two goals for the hosts put AFC Bournemouth under-18s ahead at the break.

Will Jenkins-Davies’ 10th goal of the season wasn’t enough for the young Greens, who missed out on the title on goal difference.

They travelled to the Cherries’ Canford Training Ground well aware that only victory would give them the title and this credible draw sees the home side win the league by a goal difference of plus three.

Bournemouth could not have complained if Argyle had won as Darren Way's side had the majority of the possession and chances only for their hosts to score twice in the last 13 minutes of the first half.

Although Will Jenkins-Davies equalised for the Pilgrims but despite their constant pressure, they could not find a way through for that vital winner.

The young Greens appeared to cope better wind the incessant wind and rain as they took the game to the league leaders.

Will Jenkins-Davies won the ball in midfield to race forward and unleash a drive that flew narrowly over the home crossbar with the Cherries goalkeeper well beaten.

Another chance quickly followed as Jamal Salawu chested the ball down to Jenkins-Davies but the Welsh youth international once again put his shot over the bar.

Argyle were in charge and Brandon Pursall's 13th minute effort was gratefully clutched by the home stopper.

The visitors came very close to opening the scoring when good play by Oscar Rutherford earned Argyle a corner from which a header is cleared off the line.

Argyle were not to be denied and they finally made a deserved breakthrough on 20 minutes, as great play by Freddie Issaka paved the way for Oscar Massey to fire home from inside the area.

The goal appeared to shake the Cherries into action and only a fine save by Lewis Moyle preserved Argyle's lead.

It was totally against the run of play when they got the leveller, a loose pass let Bournemouth in for a 32nd minute equaliser.

Argyle, knowing that only victory would suffice, charged forward in an effort to restore their lead but it was Bournemouth who scored again – right on the stroke of half-time, to lead 2-1 at the break.

Once again Argyle started strongly and only a brave punch by the Cherries 'keeper cleared an early effort from the visitors.

Rutherford swung a great ball into the home area which caused panic in the Cherries defence, who did finally manage to scramble Jenkins-Davies’ effort clear.

Argyle make their first change on 61 minutes as they take off goalscorer Oscar Massey and bring on Ethan Mitchell who slotted into the defence allowing Freddie Issaka to move up front.

Issaka was quickly into the action minutes later, after good work between Jenkins-Davies and Salawu presented him with the chance to fire in a shot that the home 'keeper saved.

The young Pilgrims set up a massive last 19 minutes when the home 'keeper palmed a shot up into the air for Jenkins-Davies to head home from close range – game on.

Bournemouth are well and truly on the back foot now and Argyle are awarded a 90th minute free kick on the edge of the box.

Free kick specialist Jenkins-Davies delivered a great ball into the area where the 'keeper fumbled, only for the ball to be scooped over the top.

That was the chance and it was narrowly missed.