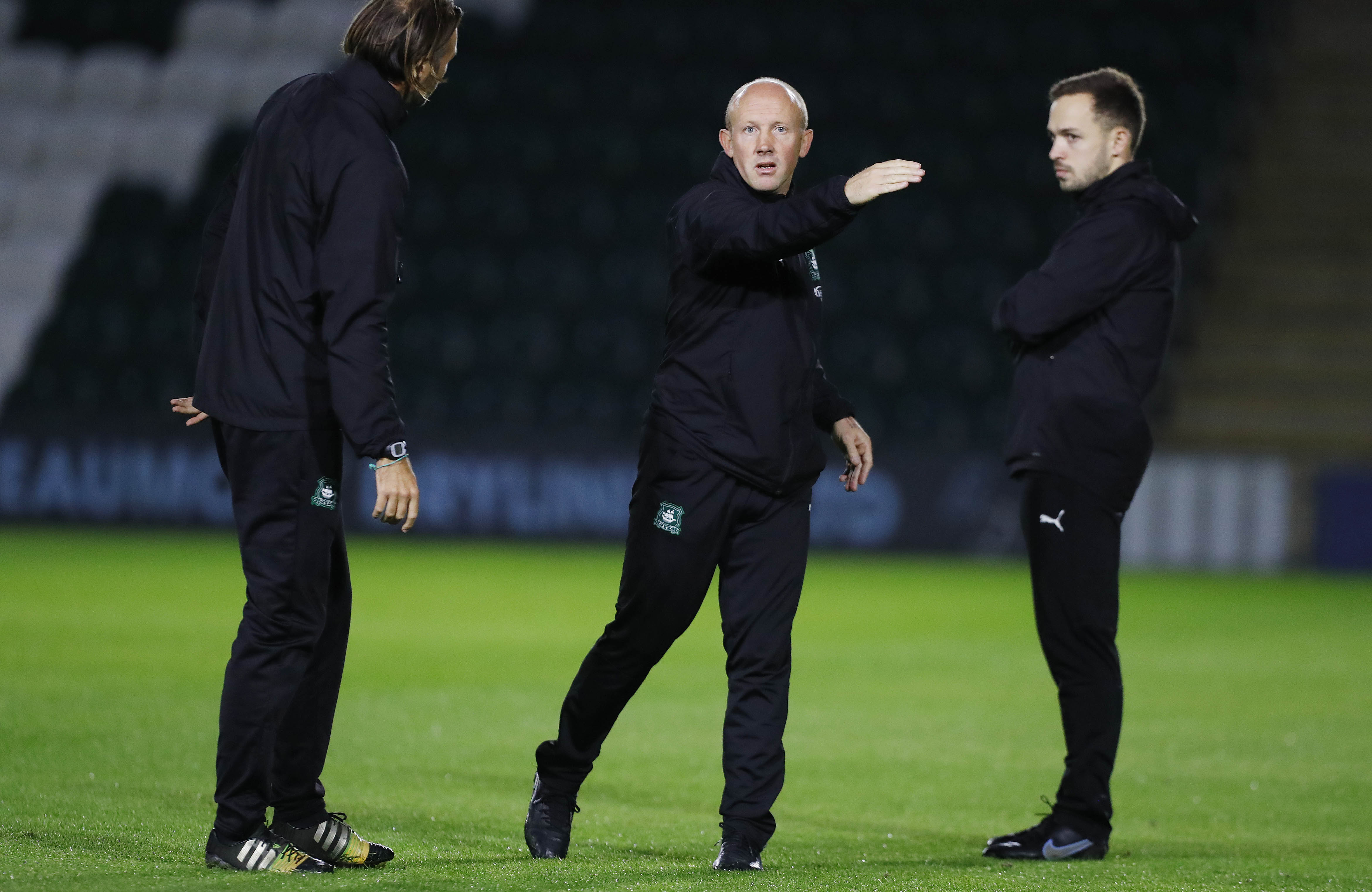 Academy coach Darren Way is hopeful that the confidence gained from last weekend’s Devon Derby win at Exeter City can power the Greens’ under-18s to victory in their next two crucial fixtures.

First, the Greens take on Swindon Town – one position above them – in the EFL Youth Alliance, before their FA Youth Cup second round clash with Milton Keynes Dons at Home Park on Wednesday.

Way said: “We said that win would fill the lads with confidence, and we can see that in training. We’ve got an important two games coming up – Swindon and our FA Youth Cup game.”

Although they currently sit in fifth place in the table, Argyle have won four of their last five games in the league, and wins from their two games in hand could propel them to just one point behind leaders AFC Bournemouth – and Way is in no mind to give up the chase.

He said: “I would like to think so [that Argyle can catch the top teams]. It’s going to be interesting in terms of making sure we’re not distracted by the FA Youth Cup. It’s the next game, and you’re only as good as your last game. When we’ve had that bit of adversity, we’ve responded really well, and they’re key ingredients you look for in a successful team.

“The mindset from the players, that competitive fire, winning mentality. Everyone works hard for the team. Everyone’s got to be a leader on the pitch, and winning is a consequence of your performance, and we’re all aiming for one thing and that’s to be successful.”

A high-performing Academy side has seen a number of youngsters called up to Ryan Lowe’s senior side this season. As a result, Way is utilising a number of under-age players in the under-18 side. In the long-term, that can only be a good thing.

He said: “The team, if they’re winning, it picks itself. If players are called up to the first team, we have to adapt. It will be about who’s ready for selection, and who’s trained well during the week.

“The experience they’re gaining, the gaffer’s not been shy to use them. There’s a knock-on effect to that, the younger players in the 16s and some in the 15s are then gaining that experience, which is invaluable in terms of their development.

“I think it’s making sure that they leave the first-team staff with an impression. Whether that’s the willingness to work hard, whether that’s that competitive fire in their belly, so they can return to that position when the gaffer feels those numbers are needed.

While Wednesday’s FA Youth Cup tie against Milton Keynes Dons is a high-profile occasion, Darren is not looking past Swindon.

“Swindon are coached very well. They’ve got really good organisation out of possession, they’ve got speed on transition, they attack with numbers. Like ourselves, they’re very competitive, so it’ll be an interesting game, and one that we’re all looking forward to.”

Meanwhile, tickets are available now for the Greens’ FA Youth Cup second round tie against Milton Keynes Dons at Home Park. Visit the Home Park Ticket Office, call 01752 907700, or head to argyletickets.com to purchase yours.