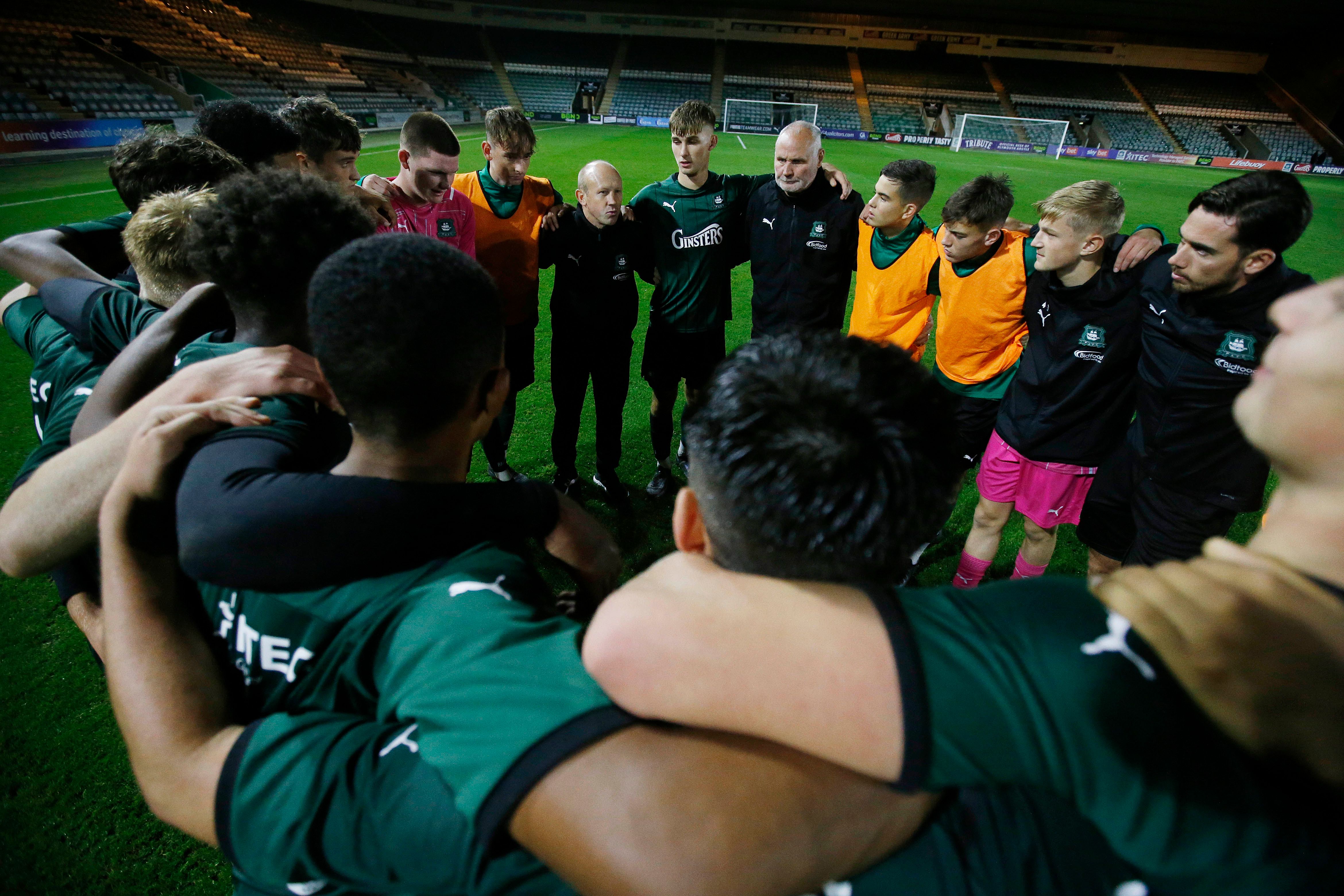 A run to the FA Youth Cup third round

What constitutes success for the Argyle Academy? All of the above? What about if you add the fact that an average of five Academy graduates were named in the Greens’ matchday squads, or that one of those, Mike Cooper, won pretty much every award going this season? And not to mention that 10 under-16s have been offered apprenticeship deals for the upcoming season, with eight of those from Devon and Cornwall.

Well, yes, that looks like success, enough for Academy Manager Phil Stokes to call it the best season since he's been at the Academy over the last 12 years.

Phil outlines, in his message to supporters, just why he feels it has gone so well:

“It’s been quite an incredible year from an Academy perspective, I would say it’s been one of our best seasons yet.

“You just have to look at the number of successes we have had to back that up, all the way throughout the Academy. You can see that we are improving year on year and that’s the most pleasing thing.

“Let me take you through why I think this and why we as a club feel the Academy is in such a good place.

“Just look at the first team squad. Look at the number of players who are not only featuring for Steven Schumacher’s side but adding value and contributing.

“In previous years we would have had a couple of players who would have just been surviving maybe, named on the bench but the lads who have featured this year are really thriving and making an impact.

“Mike and Luke [Jephcott] have gone past the 100-appearance mark, something the likes of Adam Randell and Ryan Law will have to be aiming for.

“These guys are regularly contributing to the success of the team, a team that is battling it out at the top of the league and being some of the star performers.

“If we take the Academy as a whole and how they have performed at first team level; we’ve had more minutes from graduates than ever before, we’ve had an average of five in matchday squads throughout the season – that’s above our target.

“Away from Argyle, the Academy is getting recognition too. We’ve seen five played picked to play for their countries and excelling on the international stage, it’s impressive.

“Players, parents and fans can see that pathway that is being created and are so encouraged by it.

“This doesn’t happen by accident though, and the hard work and planning that has gone into our youth development is beginning to bear fruit.

“The strategy that has been put in place by the likes of Neil Dewsnip, the gaffer, Nance, myself and Darren Way, it’s all very much part of a plan and at the moment it is working well.

“I think we are now beginning to see the fruits of the planning from three years ago when we restructured the Academy.

“It’s important to remember that youth development doesn’t happen overnight, it takes time and patience. The work we did back then is being seen today and the work we are doing now will show itself down the line when we hope to be even better.

“This couldn’t be done without the dedication and hard work of the coaches and staff within the Academy.

“Just look at our under-18 side for example. Some of these players have been with the club since thew age of eight or nine, they have been coached all the way through and are churning out such strong team performances.

“They finished at the top of both of their leagues this year and more than matched a Category One Academy, in Brighton and Hove Albion, in the FA Youth Cup.

“The aim of the Academy is of course to produce good footballers, but it’s also to build strong relationships, build character and make good human beings.

"Unfortunately, several members of the under-18 squad were not offered professional contracts a few weeks ago and it's this time of year where we have to make difficult decision on players futures.

“This is such a difficult and emotional time in a young man’s life but all players leaving us have been a credit to the club. I can remember coaching this age group at under-8 and under-9s when I first joined the Academy and to watch and see them develop on and off the pitch has been joy.

“The Academy staff will of course keep in contact with every single one of them and who knows, some might go on to have great careers in the game, some might move away from it, and some might even come back to work at the club in some capacity in years to come.

“We hope that in some way, we have helped them become a better player and person throughout their time in the Academy.

“So, enough of looking back, what can we do next year? How can we get better?

“Well, the first thing to say is that we have to. We all come into work every day looking to improve.

“We’ve done so well over the past few years, maybe even overachieved, so it’ll be tough to get better, but we are all 100% committed to make sure we are.

“These improvements might not be big sweeping changes; in fact, it would be wrong of us to change the good bits we have been doing.

“We are looking for marginal gains and small improvements that, we hope, will make a big impact.

“For example, we’re looking at getting GPS monitors for the under-16s so we can go into more detail on their workload and training plans.

“For the under-15s and 16s we are hoping to get more day release for them, so they can come into the club to train as well as work.

“We are heading over to Northern Ireland for the Super Cup for five days of extremely tough and competitive matches.

“For our young age groups, the summer will be full of matches against the likes of Liverpool, Everton, Wolves, Aston Villa, Swansea City, a host of Category One opposition.

“All of these things will add up to ways we can improve players and will help us get to be the best Academy we can be.

“We want to be the best in player development around and make sure our players are going on and succeeding and making careers in the game.

“We are doing well but we want to do even better and everyone at the club is committed to doing that.”