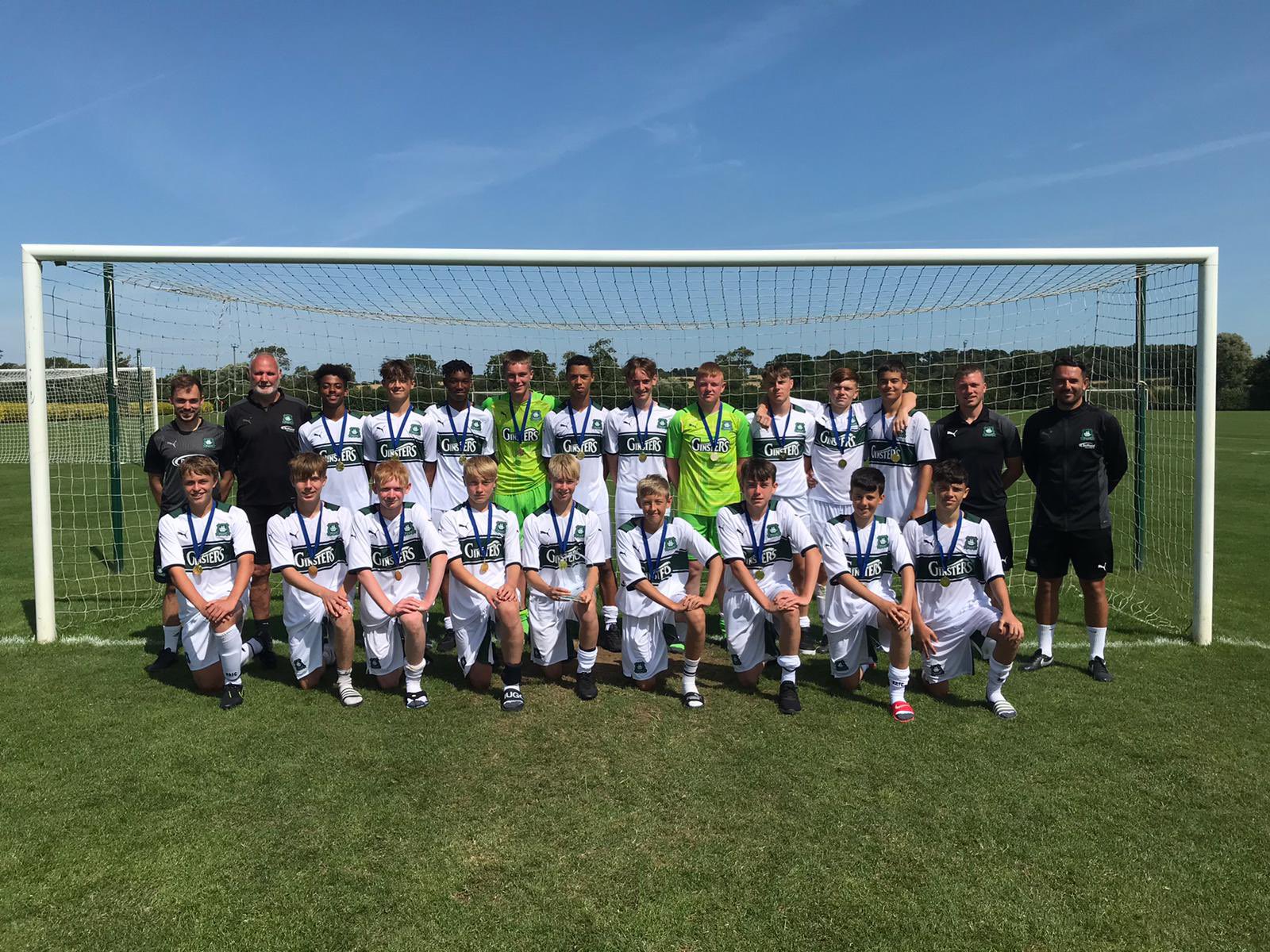 Young players from the Argyle Academy have been on their travels over the past few weeks, competing at the Oakham Festival in the East Midlands against top clubs from across the UK.

It proved to be a superb exercise for the players, developing their skills and knowledge in a tournament environment against tough opposition, while also adapting to the challenges of living away from home.

The Academy also expressed huge gratitude to the club, parents and members of the Big Green Lottery for helping to fund the trip.

“The Oakham Festival was for the Under-12s, 13s and then the 15s and 16s combined, so we took three teams to the tournament,” said Academy Manager Phil Stokes. “It is organised by Special Soccer Tours and Tom Statham, who is involved at Manchester United.

“The boys played games across three days and it’s an important part of a players' development to spend time away, learning about tournament football. It is a professional environment, training and playing every day, dealing with lots of different emotions that come from winning and losing.

“It involved lots of games in quick succession and they have to deal with fatigue, recovering between games, preparing the right way, eating the right food and getting plenty of rest. There is also the team bonding side of things, mixing with their team-mates outside of normal Academy life.

“We want to win as many games as possible because winning and development go hand-in-hand. The 15s and 16s managed to win their tournament, which was a fantastic achievement.

“The other reason we go is to play against the higher category of teams. Over the course of the two weeks, we played against around ten teams that our boys wouldn’t normally face in their south-west games programme.

“We played the likes of Manchester United, Wolves, Norwich, Dundee United, Watford and many others, which was an invaluable experience.”

To play your part in developing players with the Argyle Academy, sign up for the BGL by messaging bgl@pafc.co.uk or click here to sign up online, and also be in with a chance to win regular cash prizes.