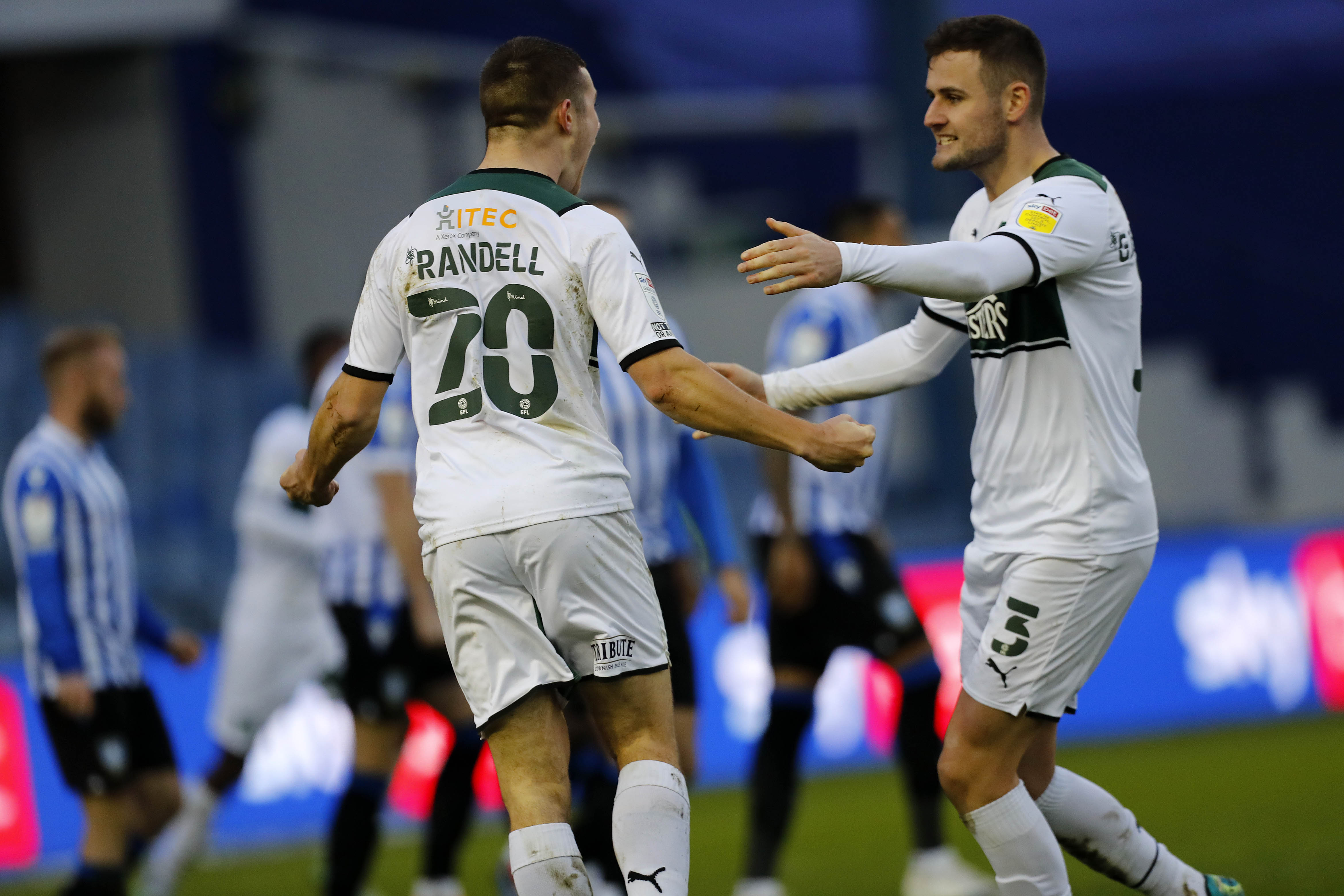 It was a bittersweet afternoon for Adam Randell who scored his first Argyle goal but in a losing cause, as the Greens fell to a 4-2 defeat at Sheffield Wednesday.

Adam, who has been at the club for 15 years, curled in a free kick moments after the second half kicked off.

His strike made it 2-1 and, at the time, it looked like it could propel Argyle back into the game.

It didn’t, and Wednesday went on to win a game they dominated, leaving Adam frustrated that his first goal for the club, that he he supported as a boy, couldn’t be in a victory.

Speaking after the game he said, “It’s mixed emotions; buzzing to have scored and it’s something I have dreamed about from the moment I was taking free kicks in the park as a kid but overall, we weren’t good enough.”

Trailing 2-0 at half time, Adam won and then converted a free kick in the 47th minute in front of the travelling fans.

He curled the ball over the wall and into the corner, beyond the reach of Northern Ireland international, Bailey Peacock-Farrell.

Not a bad way to get off the mark for the club.

“It was the dream way of scoring really and was a really proud moment for me,” Adam said.

“As soon as we won the freekick I wanted to take it, no one was taking that ball off me.

“I used to practice freekicks a lot when I was younger, and I was over the moon to score really.”

It was a bright spark in a disappointing afternoon for the Greens, who fell to their first defeat in four matches.

Adam said, “The first half killed us really, we didn’t start well enough and didn’t really ever get back into it.

“We wanted a reaction in the second half and tried to be positive.

“It was vital for us to get that first goal after the break which we did, but it ended up not working for us in the end.”

The Pilgrims will now head back to Home Park for a Sky Bet League One game with Lincoln City on Saturday, 22 January and Adam is sure there will be a reaction from the players.

He said, “We know today wasn’t good enough, we have to put it right and improve.

“We will look at what we have to do and yeah, we’ll be back.”