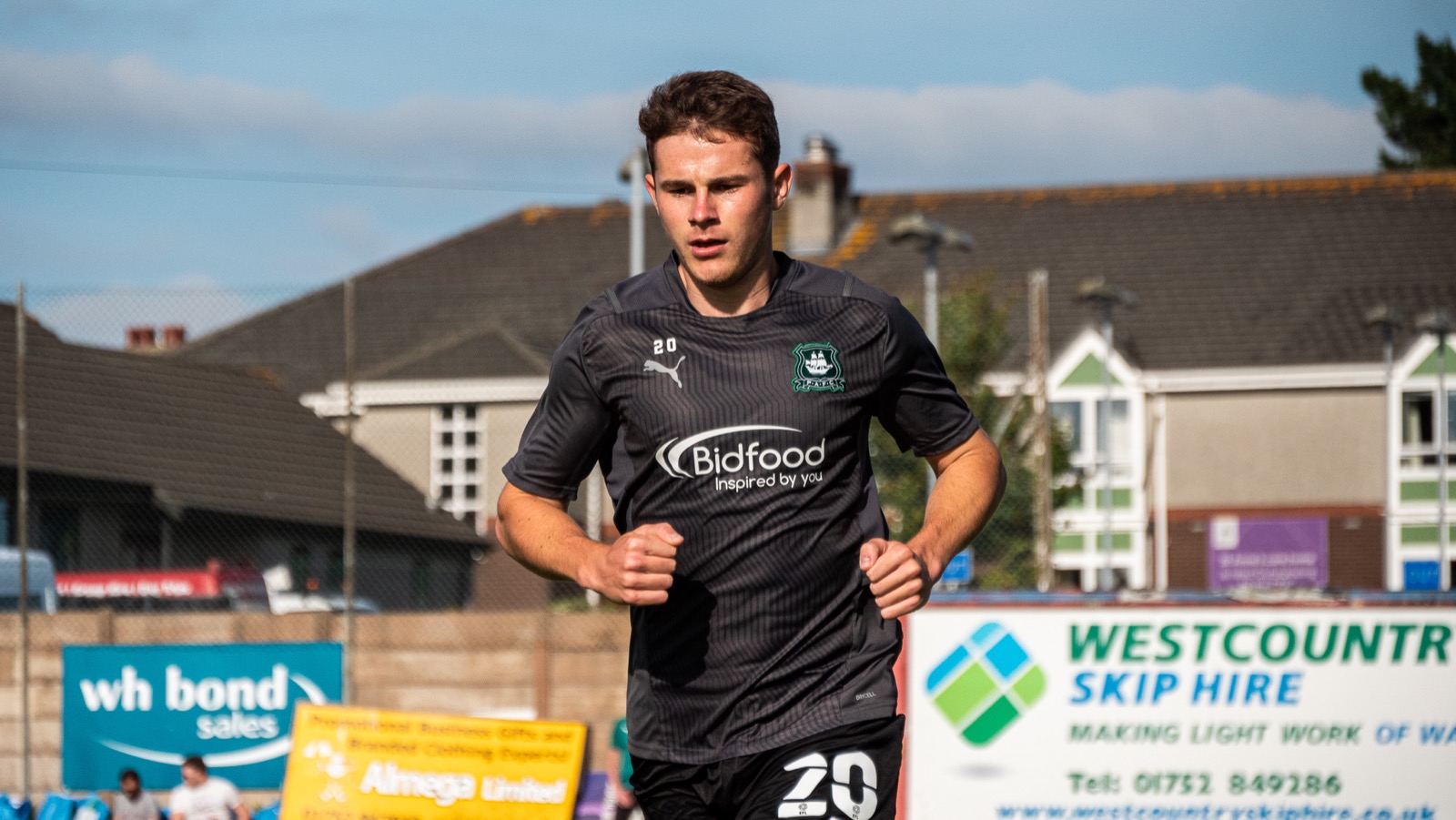 "I’ve only ever wanted to play for Argyle, to go out and play on the pitch, from watching as a kid – I just wanted to be down there"
Adam Randell

Not many fans get to pull on the shirt, run out onto the pitch an represent their favourite club.

It’s the dream of many who sit in the stands that one day, just one day, they might be able to make it.

Well, that dream has become a reality for Argyle midfielder Adam Randell.

The 20-year-old has already played 10 times for the Pilgrims and has even captained the side in a couple of pre-season games ahead of the 19/20 season.

Fresh from a successful loan spell at fellow Devon side Torquay United, Adam is now keen to push on and cement his spot in the middle of the Argyle midfield.

He said, “It’s everything that I’ve ever wanted really.

“I’ve only ever wanted to play for Argyle, to go out and play on the pitch, from watching as a kid – I just wanted to be down there.”

Adam used to come and watch the Pilgrims with his family as a boy and has been on the books at the club he supported since the age of nine.

He made his first team debut against Newport County in the EFL Trophy back in November 2018 and has since played four league matches for the Greens.

Adam signed a new contract last season, keeping him at Home Park until the end of this current campaign. The extension underlines just how highly thought of Adam is at Argyle.

Manager Ryan Lowe in particular, is excited by what Adam could bring to the first team.

He said, “My hopes are that he can compete with Jordan Houghton to get into the team and there will be times when the two of them play potentially.

“I have got big hopes for Adam hence why I sent him out on loan, and he’s done what we’ve asked him to do.

“He’s a great kid with a great attitude, a great talker and we’ve got big plans for him so it’s over to him now.”

The pressure is on, but Adam looks as if he is the type of character that can deal with such pressure.

He was pretty much an ever present for Torquay last season as the Gulls narrowly missed out on promotion back to the EFL, losing to Hartlepool United on penalties in the National League Playoff Final.

As the season went on Adam, who was on a loan from Argyle, became more and more important for Gary Johnson’s side and says the experience was invaluable.

He said, “I was very happy with how it went really, I got out of it what I wanted. As a team we were obviously a little disappointed with how it ended but personally I think I did well.

“I think he [Gary Johnson] helped bring on my game in certain aspects. It’s always good to get different points of view on your own playing performance.“

Adam got his first taste of football of the summer in Argyle’s pre-season win over Saltash United, coming on in the second half in the defensive midfield position.

He replaced new signing Jordan Houghton for the final 25 minutes at the Kimberley Stadium and feels he is ready to make that step up to a starting berth.

He said, “I want to get into the team, I’m not here just to be an extra player training, I want to get that shirt.

“There are obviously people to compete with but its always good to have that competition.”