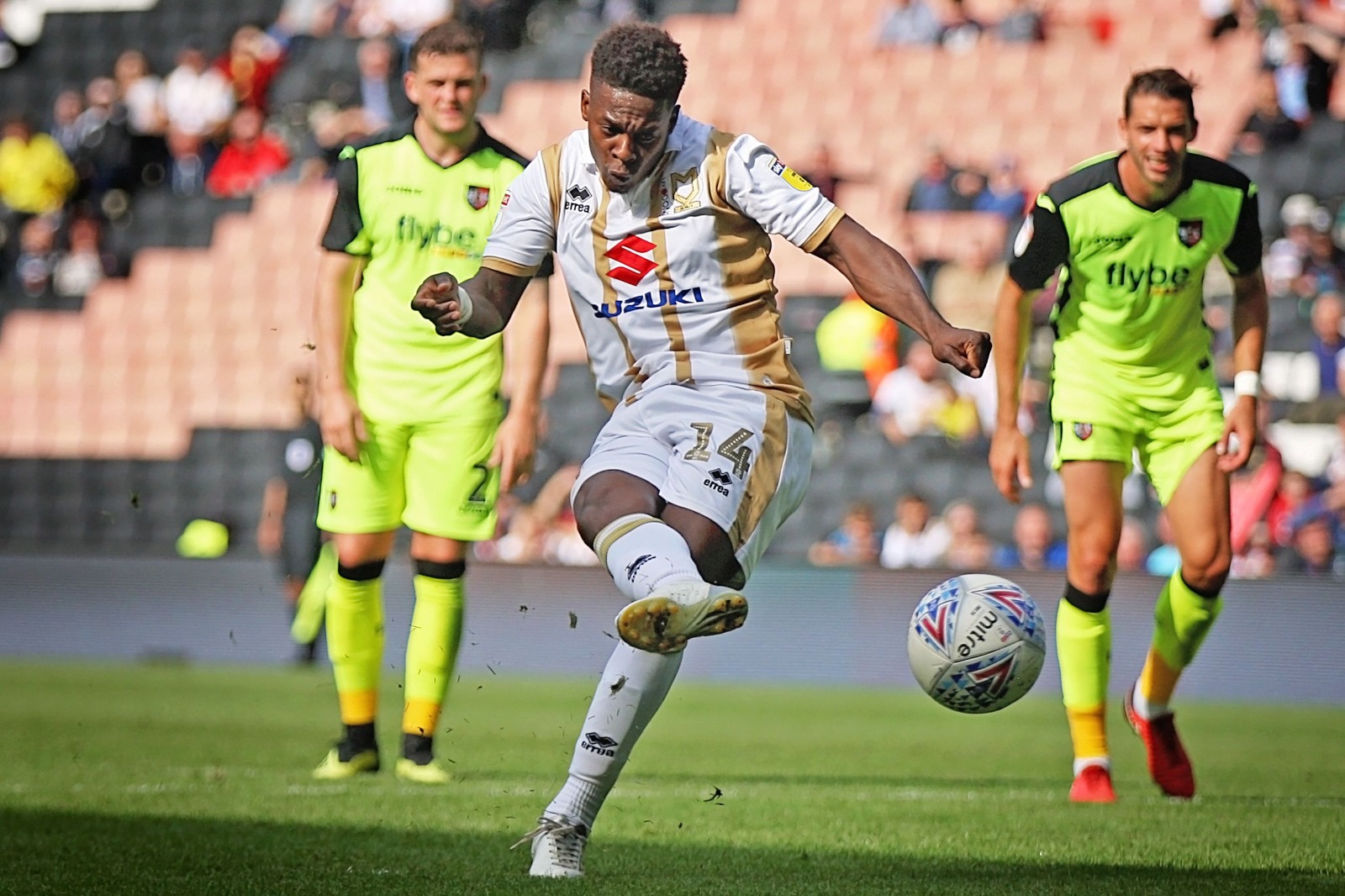 Argyle have completed the signing of striker Kieran Agard on a short-term deal until January.

The striker left Milton Keynes Dons in the summer following a successful five year stay, where he scored 50 goals in 166 games.

The experienced forward began his career in the Premier League with Everton and made his debut in the EFL Cup against Hull City aged 20.

Later that year he made his Premier League bow, coming on as a substitute for Louis Saha against Chelsea.

During his six-year spell at Goodison Park, Kieran had loan spells at Peterborough United and Kilmarnock before joining Sky Bet League One side Yeovil Town.

He spent one season with the Glovers before making the switch to South Yorkshire and Rotherham United.

In Kieran’s second season at Rotherham, he netted 26 times in Sky Bet League One as the Millers won promotion to Sky Bet Championship thanks to a play-off final win over Leyton Orient.

His goalscoring prowess which fired Rotherham to back-to-back promotions meant that Kieran was hot property and Bristol City paid a fee, thought to be in the region of £750,000, for his signature.

He soon repaid the faith shown in him by scoring 17 goals in 74 games, picking up the EFL Trophy in the process.

After two seasons at Ashton Gate, MK Dons broke their club transfer record to sign him.

Kieran scored twice on his debut in a 2-2 draw with Millwall and enjoyed almost five seasons at Stadium MK.

Having scored twice on his debut for MK Dons, Kieran rounded off his time at the club by scoring twice on his final game, in a 6-0 win over Norwich City under-21s in the Papa John’s Trophy.

Kieran becomes the tenth player to join the Pilgrims this summer and will wear the number 18 shirt.

Kieran’s home and away shirts are available for sponsorship for the 21/22 Sky Bet League One campaign. For more information email commercial@pafc.co.uk , or call 01752302204.