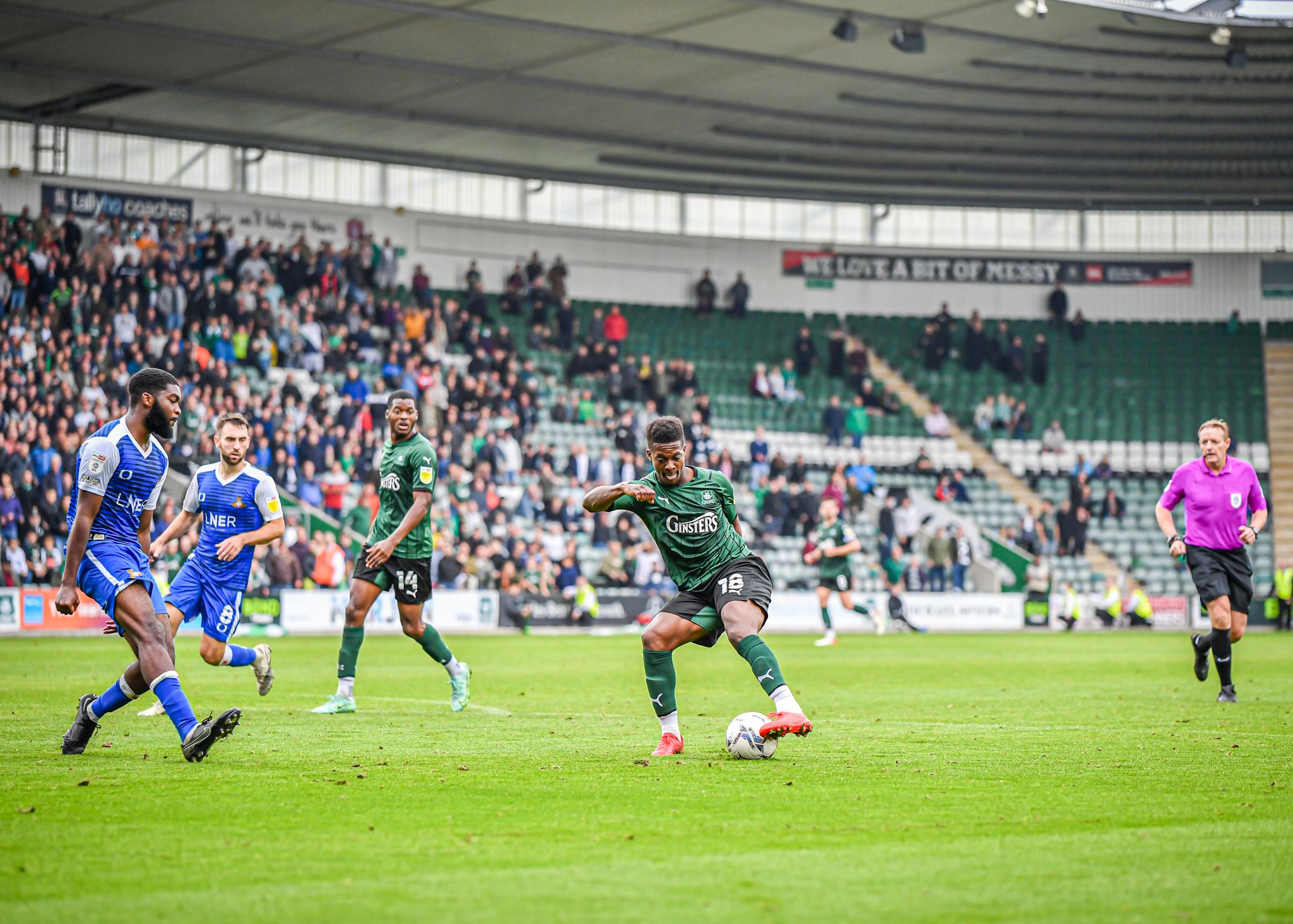 It says a lot about the strength of the Argyle squad that a man who has scored almost 100 league goals is yet to start a game this season.

Since joining on a free transfer this summer, Kieran Agard has had to settle for outings from the bench.

The partnership of Ryan Hardie and Luke Jephcott has been a profitable one, with 15 goals scored between the pair in all competitions.

For an experienced striker like Kieran, that could be hard to take but the former Milton Keynes Dons forward is loving watching his teammates do so well.

“I just love seeing goals,” Agard told Argyle TV. “I love all sorts of goals and at the minute Luke and Ryan are flying.

“When I first came to the squad, I could see the quality we had. There are plenty of goals in them and they are in a rich vein of form.

“I just keep encouraging them on and tell them to continue what they are doing.”

This weekend, with Jephcott off with the Wales under-21 side, could see the 31-year-old Agard make his first start for the Greens, when Burton Albion visit Home Park.

He is also looking to get off the mark for the Pilgrims and he knows that when he gets his opportunity, he will be ready to take it.

He said, “I have always had the belief that I was a goal scorer.

“I used to watch the likes of Michael Owen and Ian Wright as a kid, and all I wanted to do was score goals.

“In this squad you go into every game knowing you are going to get chances and then when they come your way you just need to make sure you can take it.”

Scoring goals is something that Kieran has been used to throughout his professional career.

After leaving the Arsenal academy at the age of 16 and joining Everton, he was a regular scorer for the junior Toffees.

On three occasions he has gone past the 20-goal mark for the season and has fired the likes of Rotherham United and Bristol City to promotions.

The move to Argyle was a positive one for Kieran, who found game time hard to come by in the last couple of seasons at Stadium MK.

He has settled into life in Devon well and is happy both off the pitch and on the training ground. Something he feels will make him perform.

He said, “My family have moved down, they always support me and it’s nice to have them close by.

“It’s big for me that they have come down. Once you’re finished with football and go home and you’re with your family it is the best thing ever.

“They get me right mentally and I’m happy they’ve come down with me.

“Obviously everyone around been absolutely fantastic, the players, staff and fans. They have made me feel really welcome.

“The team spirit is high, and we are really focussed. We might have had a few more points but we have to keep looking forward to the next game.”