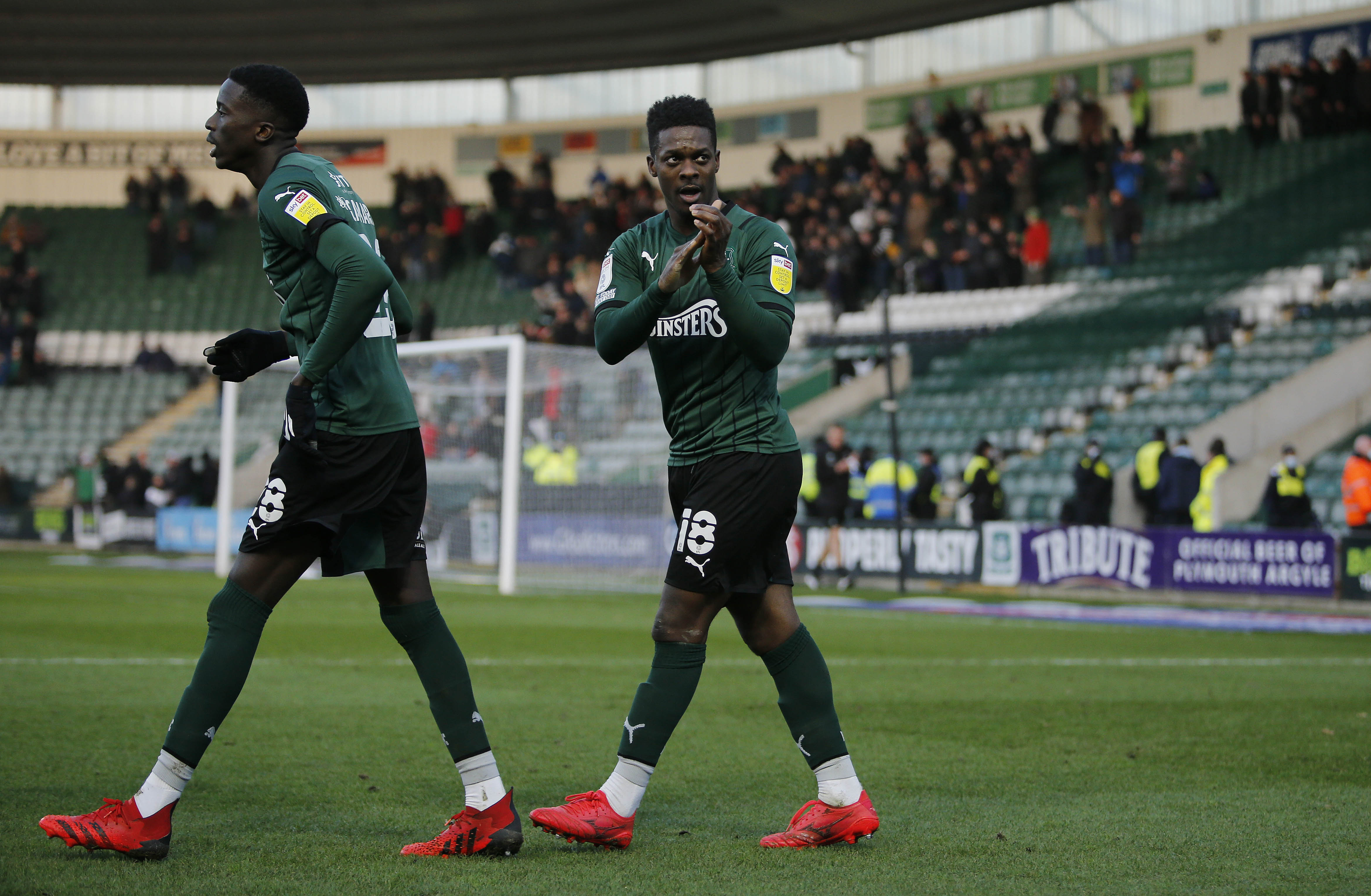 It was a day of firsts at Home Park on Saturday afternoon.

Steven Schumacher took charge of his first home game as Argyle manager, the Pilgrims got their first Sky Bet League One win in over a month and Kieran Agard scored his first league goal since January 2020.

It was the only goal of the game and came on the stroke of half-time as the Greens got back to winning ways in front of 12,711 against Charlton Athletic.

“It feels amazing,” Kieran said beaming after the game.

“To give us the win and to get the three points is amazing and I think the side stuck together as a whole and we kept to the game plan and pulled through.”

The 32-year-old has had limited opportunities since arriving at Home Park, and his two previous goals have both come in the Papa John’s Trophy.

His well-documented injury problems towards the end of his time at Milton Keynes Dons has meant that he hasn’t played a lot of football in the past two years, but he took the chance given to him by Schumacher.

“I know I am going to get chances in this team and it’s just a matter of when that chance comes, you have to stay cool, calm and collected and take it.

“We have been working so hard on the training ground with the coaching staff and it’s good that we managed to put that into getting a result today.”

Kieran was also delighted that he and his teammates were able to give the Green Army a happy Christmas with a first win since mid-November.

He said, “I think the first half was a bit scrappy and we battled through but when we got that chance, we put it away and went into the break 1-0 up.

“It was a much better performance from the boys in the second half and we had some good chances to win the game a little bit more comfortably in the end.

“This gets the wheels back going again and we will now take all that confidence into the next game.”

That next game is on Boxing Day, away to Cheltenham Town.