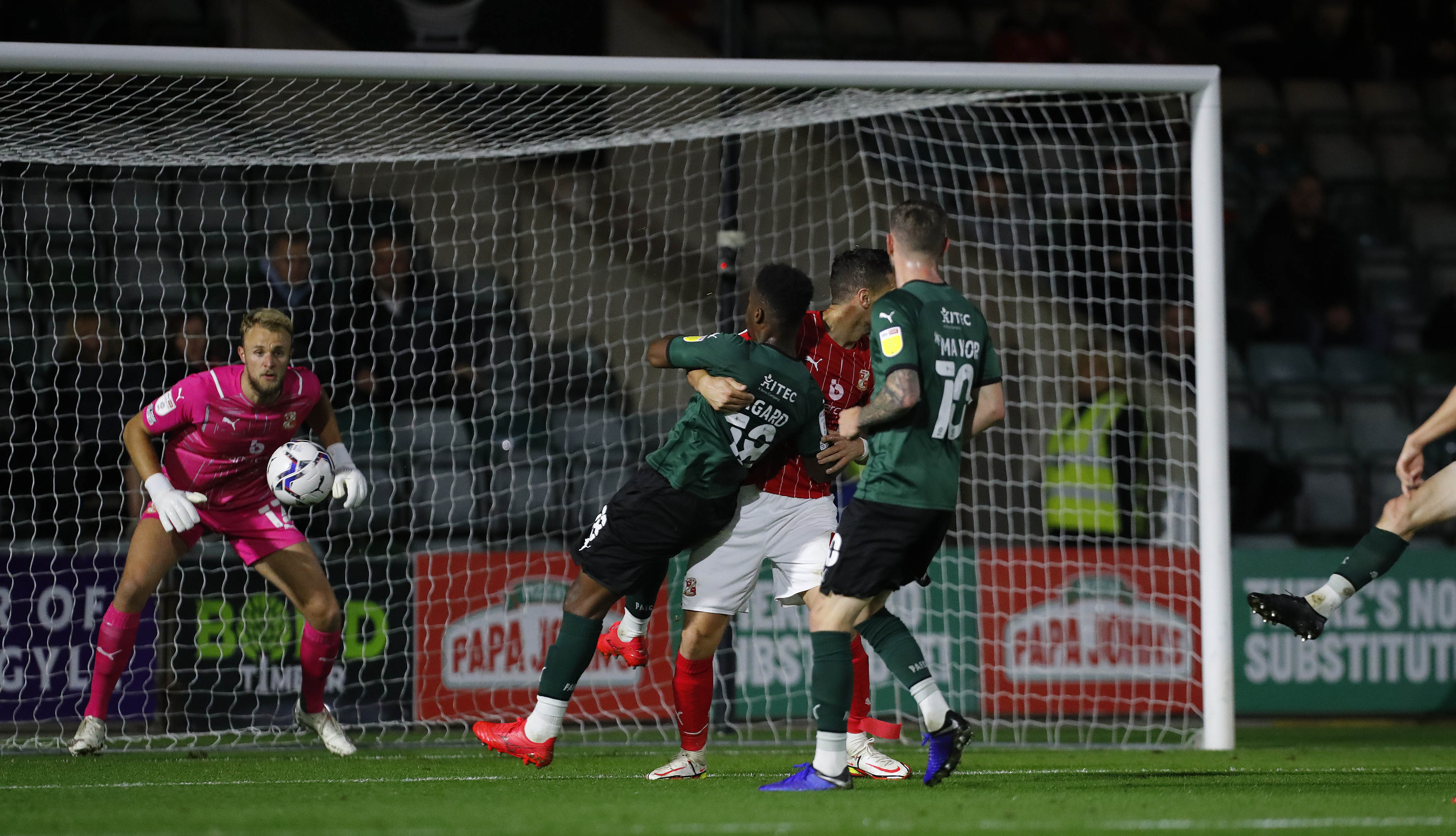 It was a bittersweet feeling for Kieran Agard on Tuesday night as he scored his first Argyle goal in a 3-1 defeat to Swindon Town in the Papa John’s Trophy at Home Park.

The 32 year old striker prodded home a Macaulay Gillesphey cross to bring the Pilgrims level in the first half and could have had another minutes later.

To get on the scoresheet and get off the mark for the Pilgrims was a huge relief to Kieran.

After the game he said, “I am delighted to have scored but disappointed with the result.

“I always get myself in the box and I just saw the ball and made sure I got good contact on it.

“Hopefully it’s the first of many.”

The strike is the first senior goal that Agard has scored since December 2020 when he scored twice, again in the Papa John’s Trophy as Milton Keynes Dons beat Norwich under-21s 6-0.

It has been a long road, but the feeling of scoring is back again.

He said, “I am just thankful for everyone around me, staff, players family that have helped me through this long time.

“It’s good to get off the mark and all the hard work that goes into it behind the scenes pays off.”

The 60 minutes he played against Swindon was off the back of 90 in the league against Burton Albion the Saturday before.

The game time is clearly giving some much needed match fitness to Kieran who is keen to keep his place in the side.

He said, “I am feeling really good, I have done a lot of work and made sure I’ve done it right.”

“I just need to make sure I carry on and be ready whenever called upon.”