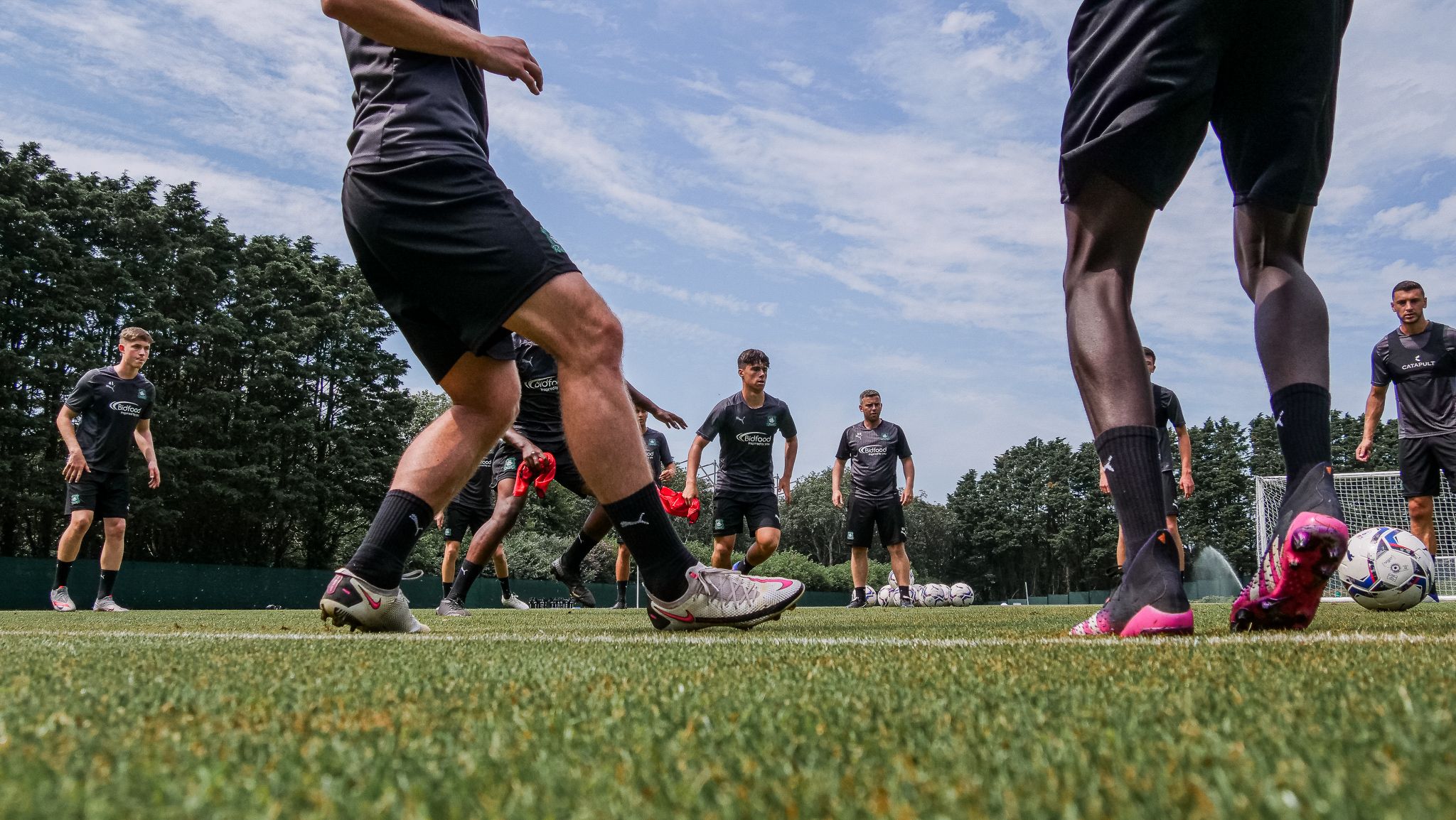 All eyes on Rotherham

Argyle begin their 2021/22 Sky Bet League One campaign on Saturday with a trip to Rotherham United – one of the longest trips of the season.

The Millers dropped back down into the third tier after a season in the Sky Bet Championship and begin this new campaign as one of the early favourites to go straight back up.

For Argyle, it’s a chance to test themselves against one of the fancied teams in the division early on and it’s a test they are looking forward to.

Manager Ryan Lowe is confident heading into the game at the AESSEAL New York Stadium, following a positive pre-season.

He said, “The last few weeks, we’ve all been geared up for Rotherham away.

The pre-season hype around Rotherham comes from the fact that in the past six seasons they have yoyoed between the second and third tiers of English football.

In their last three seasons the Millers have spent in Sky Bet League One, they have been promoted, twice via the play-offs and once automatically.

Ryan said, “Some people will think we’ll go there as underdogs and that’s fine, Rotherham have had a great four or five seasons under Paul Warne, they’ve gone up and down the league and have done fantastic.

“They’ll be one of the favourites to go back up but that’s what we want.

“We just look at it that we’re going to lock horns with another good team and whoever plays the best will probably win and we’re hoping that will be us.”

Argyle have failed to win on each of their last three visits to South Yorkshire, but haven’t conceded more than a single goal on each occasion. And in fact, the last time The Pilgrims played Rotherham, it ended in a win for the Greens.

A last minute Graham Carey penalty gave Argyle a 2-1 win at Home Park in April 2018, after Joel Grant had drawn us back level.

With confidence high in both camps and early season optimism in the air, club captain Joe Edwards is really looking forward to what the team can do this year after a gruelling but effective pre-season.

He said, “It’s been really positive, we’ve had team bonding days and really settled the new lads in.

“It’s been a really good pre-season, everyone has come through it mainly unscathed.

“It’s been easy for me as captain, everyone has got on well. It’s a long six weeks, there is a lot of hard work and it is challenging. We are working towards something now, it’s the real stuff and it’s a really good feeling.”

Under the management of Ryan Lowe, Argyle have started seasons well, in his first year in charge Callum McFadzean scored twice with Joel Grant getting the other in a 3-0 away win at Crewe Alexandra and last season Luke Jephcott scored the only goal of the game in a 1-0 win over Blackpool at Home Park.

It’s an old cliché, but starting a season well is crucial and getting the right mindset for that opening game can help the side do well.

“Deep down I know the team I want to put out there, but I have to think about the lads who have been fantastic during pre-season.

“We’re looking forward to it, the lads are fit. No injuries apart from James [Bolton] and we can go to Rotherham with a fully fit squad.”

One big difference to this season from the last one is that fans will be back at grounds and football will begin to start feeling a bit more normal again.

Around 1000 members of the Green Army are expected to make the journey to South Yorkshire and this is something that both manager and captain are excited about.

Ryan said, “Football without fans is nothing, it’s nice to have them back – they’re excited about it and so are we. We need them now to push us through for a gruelling League One campaign.”

While Joe said, “Now, when there are fans back there are things to look forward to. There is a real buzz about the place. It brings back the emotion into football which is why we play the game.”

“It’s something that football really needs.”

This game is an all ticket affair and they are still available, and can be bought via The Home Park Ticket Office, online at argyletickets.com, or by calling 01752907700.

Freddie Ladapo - 26 goals in 50 games for the club