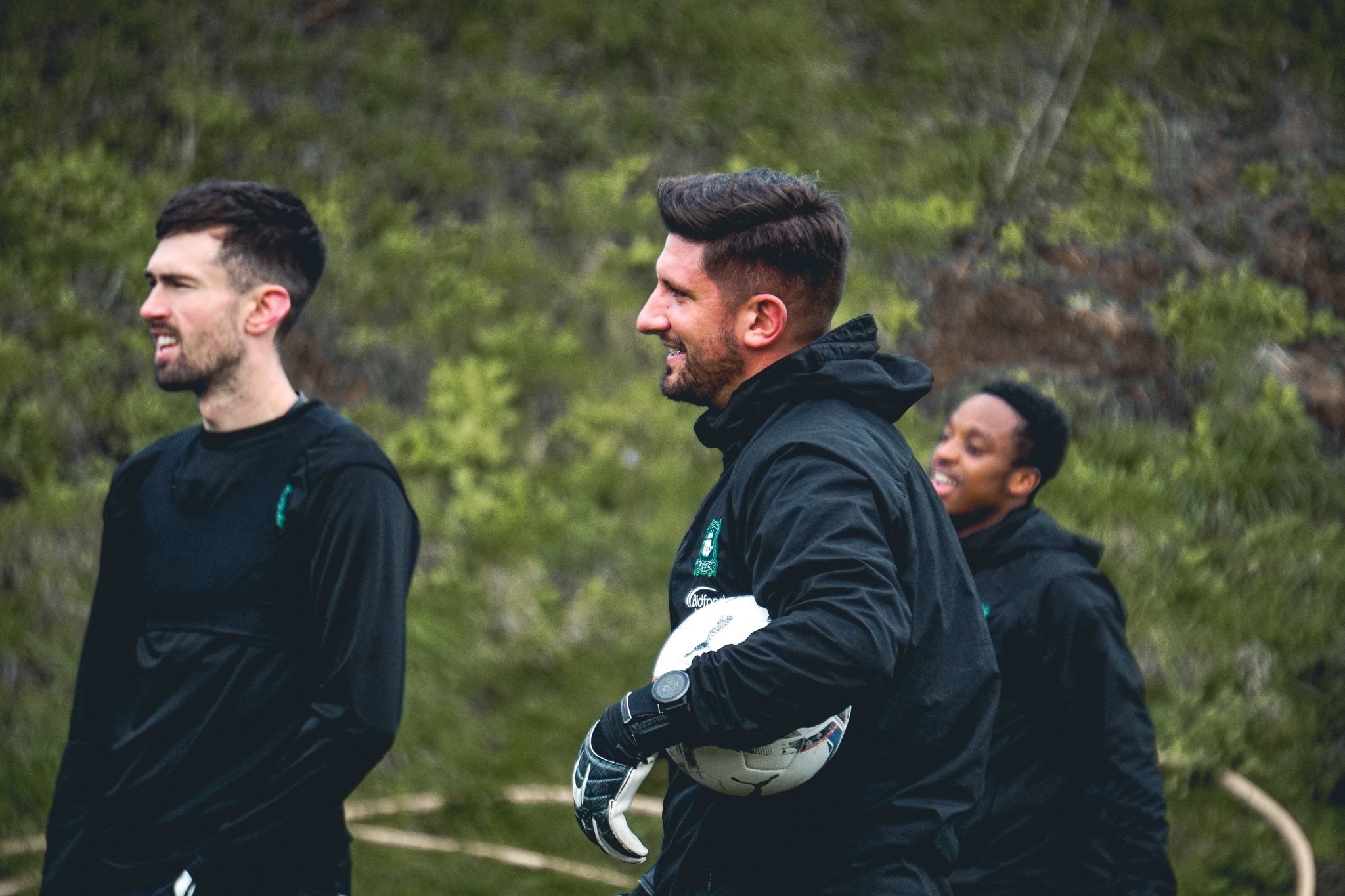 All smiles ahead of Chelsea trip

Argyle travel to Stamford Bridge on Saturday for the first time since 1988, when they take on Chelsea in the fourth round of the Emirates FA Cup.

The Greens are up against the current European Champions and side third in the Premier League for a chance to make the fifth round for the first time in 15 years.

It will be their fourth away trip of the competition so far, having visited Sheffield Wednesday, Rochdale and Birmingham City in the three previous rounds.

Argyle have held their own against top flight opposition in the past.

Five years ago, an Argyle side managed by Derek Adams held Premier League giants, Liverpool, to a goalless draw at Anfield in the third round of the cup.

Then, last season they fell to a narrow 2-1 defeat at Sheffield United.

Speaking ahead of the game Steven Schumacher said, “Chelsea are a top, top team. They’re the European Champions and are doing well in the Premier League as well.

“We are going there as massive underdogs, but we have a game plan, we want to go there and do ourselves justice.

“We want to put in a performance to make our fans proud.”

Schumacher’s side go into the game unbeaten in their last two league games and off the back of a 3-1 away win at Doncaster Rovers.

They have scored 10 goals in their last five matches in all competitions with striker Luke Jephcott scoring in the last three consecutively.

Steven said, “The lads have enjoyed the week. We came in on Tuesday nice and bright and the training has been really good.

“Everyone was pleased that we got the win against Doncaster, it was tough game in tough conditions but to get through it was great and has set us up for a good week this week.

If they were to cause an upset and beat Chelsea, it would be the first time they have ever beaten a Premier League side.

It would also be the first time the Greens have beaten the Blues for 43 years.

Chris Harrison and Brian Johnson scored the goals in a 2-1 victory at Stamford Bridge in Division Two.

Like Argyle, Chelsea go into Saturday’s game unbeaten in two and with a win in their last outing.

A 2-0 home victory over Tottenham Hotspur in the Premier League was the perfect way to sign off before their mid-season break.

The Londoners are third in the Premier League table, ten points off top spot.

They already have a Carabao Cup final to look forward to and will be hoping they can add to their already impressive trophy cabinet when they head off to the Middle East to take part in the FIFA Club World Cup.

Thomas Tuchel’s side saw off Vanarama National League opposition in Chesterfield in round three.

They have won the Emirates FA Cup eight times, most recently in 2018 and have been runners up in the last two finals.

Argyle will be without Brendan Galloway and George Cooper who are long term injury concerns, while on loan defender Romoney Crichlow is cup tied.

Deadline day signing, Steven Sessegnon, could make his debut having arrived on loan from Fulham and Adam Randell is in contention after coming through his concussion protocol.

Chelsea number one Edouard Mendy is in Cameroon preparing for an African Cup of Nations final with Senegal, Marcus Bettinelli is in line to deputise.

Ben Chilwell is ruled out for the season with an ACL injury and Reece James is also a doubt following his injury.

Tuchel is expected to make some changes with youngsters Lewis Hall and Harvey Vale in line for a start.

The game is completely sold out and supporters who have purchased tickets have until 3pm on Friday, 4 February to collect them from the Home Park Ticket Office.

Chelsea are not offering a collection service on the day, so all supporters must have their tickets with them before they get to Stamford Bridge.

With the fixture being selected by broadcasters for coverage - in the UK on BBC Red Button, and overseas via various outlets - competition regulations prevent the club from streaming the match live in domestic or international territories via Argyle TV.

As a result of these factors there will therefore be no Argyle TV coverage for this fixture.